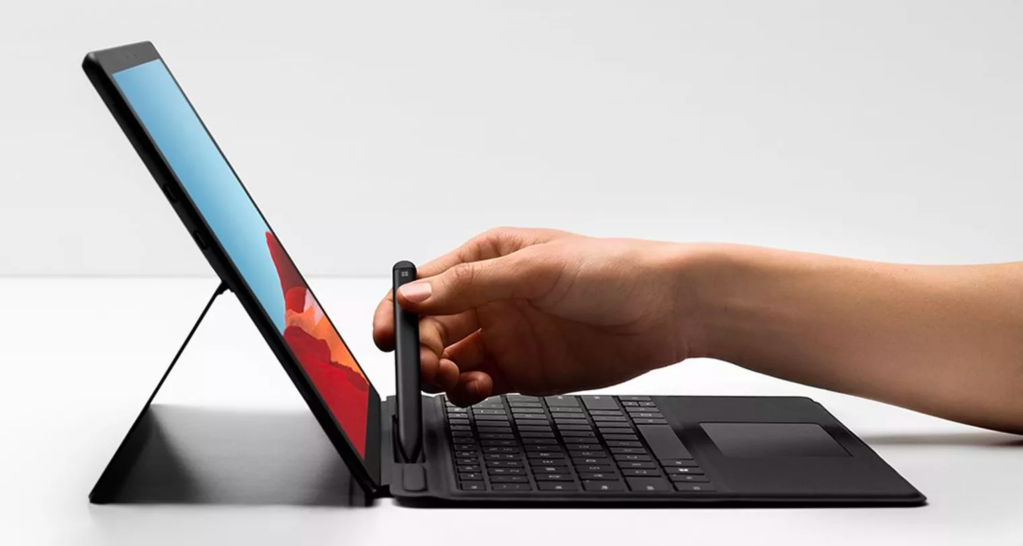 Microsoft has revealed the ARM-powered Surface Pro X alongside the Surface Pro 7 at an event in New York City. It’s the first ARM-based Surface from the company since the Surface 2 way back in 2013, but this time around, Microsoft views it as a Pro-class machine. It certainly offers some interesting features compared to the standard Surface Pro 7, and it’s due out later this year.

Here’s all you need to know about the Surface Pro X, from release date and pricing to key features and specs.

When will the Surface Pro X be released?

As revealed by Microsoft, the Surface Pro X will be released on 5 November 2019.

How much does the Surface Pro X cost?

Microsoft has confirmed that the Surface Pro X is available to pre-order ahead of release in November, and it costs $999 in the US. UK pricing hasn’t been confirmed just yet, but we’ll be sure to update this section once that information becomes available.

Design-wise, the Surface Pro X is the thinnest of the newly announced Surface range at 5.3mm and weighs only 762g, which is impressive when you consider some of the advanced features on offer.

Alongside the SQ1 is an AI accelerator that brings impressive levels of computational power to the hybrid. While it’s hard to say exactly what it’ll be used for, Microsoft gave the example of being able to correct eye contact during video calls. It’s a little dystopian, sure, but it’s an impressive feat and uses 50x less power than a standard GPU.

The Surface Pro X display is impressive too; it features a 13in edge-to-edge display, up from 12in of the standard Pro, and offers the thinnest bezels of any 2-in-1 in the market at the moment. It boasts a resolution of 2880 x 1920, which equates to a pixel density of 267PPI.

You’ll also find a redesigned TypeCover keyboard with a hidden compartment to store the new Surface Slim Pen. As the name suggests, it’s slimmer than the standard Surface Pen and boasts improved latency and tilt support. What’s better is that it charges wirelessly whenever it’s stored in the hidden TypeCover compartment and pairs instantly, giving you easy access to the pen while providing a clean look.

Microsoft also revealed that Adobe is working to optimise the Creative Cloud suite of apps to take advantage of the Surface Pro X, and is also releasing a dedicated painting and drawing app called Fresco for the 2-in-1.

For more on Microsoft’s October 2019 announcements, take a look at the latest Microsoft Surface Laptop 3 news, and the latest Surface Earbuds news too.

For news on its successor, here’s everything you need to know about the Microsoft Surface Pro X 2.