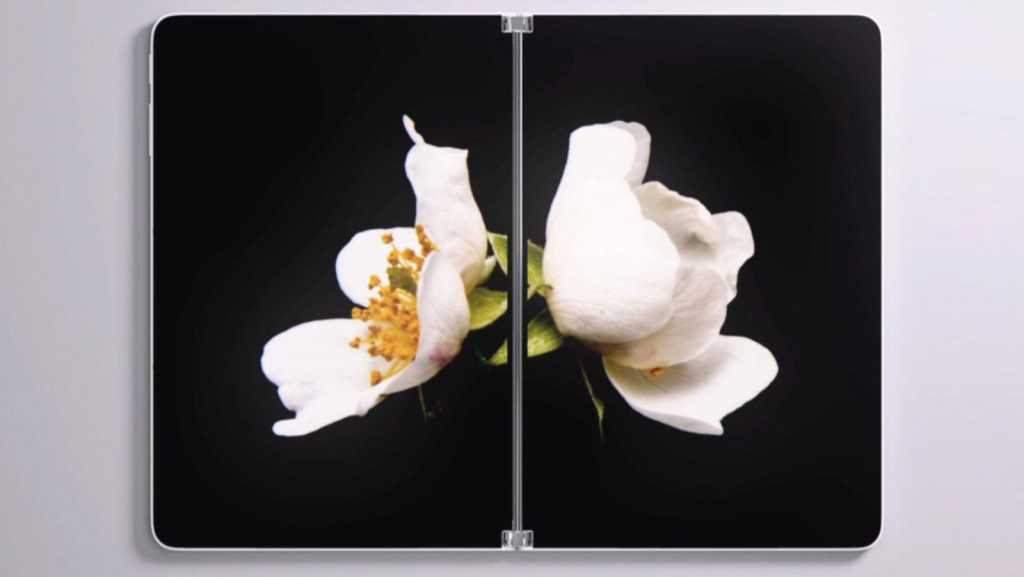 But while the release of the Surface Duo (and now Duo 2)  has had plenty of attention, we’ve heard nothing official when it comes to the larger Surface Neo.

The device was originally expected to run on Windows 10X, a Windows 10 spin-off specifically designed for dual-screen devices. However, following news of the software’s cancellation and the subsequent launch of Windows 11, its future has been thrown into doubt.

So, could the Surface Neo still end up being released? It would need to run a different operating system, but that isn’t out of the question.

Will the Surface Neo ever be released?

It’s looking unlikely at this stage, but not impossible.

As with the first-gen Surface Duo, the Neo was originally planned for release during the ‘holiday’ season of 2020. That schedule looked in doubt as soon as the pandemic took hold, but it wasn’t until July 2020 that the Neo’s listing on the Microsoft website was updated to remove that estimated release window. It’s now been removed completely.

We then didn’t hear anything official related Surface Neo until May 2021, when Microsoft announced that Windows 10X would not be coming to market. In an official blog post, the company suggested that the best parts of its original design would be incorporated into Windows.

That turned out to be a whole new version in the form of Windows 11, with many of its key elements seemingly inspired by Windows 10X.

But what does that mean for the future of the Surface Neo? The most likely scenario is it simply runs Windows 11, especially as Microsoft has prioritised touch input within its new OS.

There’s also a chance we’ll see it run Windows 11 SE, which is a simplified version of Windows 11. However, it’s designed specifically for education markets and not consumer-focused like Windows 10X was.

But could the Surface Neo end up running Android instead? That’s what a sighting in the film “Red Notice” appears to suggest, but that doesn’t change things as filming began in January 2020. This is likely an early prototype supplied for product placement.

Ryan Reynolds has a Surface Neo in Red Notice. Looks like it’s running Android though 🤔 pic.twitter.com/lgc5TxkZWn

However, Windows Central has recently published an article debating whether Android on the Surface Neo would work. But this appears to just be a speculative piece and not based on any concrete information. Indeed a separate YouTube video from the site suggests Microsoft has “no plans to release Surface Neo”. The video goes on to say not to expect between now and the end of 2023, although “that could change”.

How much would the Surface Neo cost?

Price wasn’t mentioned at the unveiling, and we haven’t heard anything since. However, considering that foldable devices are still very much in their early stages, don’t expect it to be cheap.

We’d be surprised if the Neo ends up costing less than the first-gen Duo’s £1,349/US$1,399 starting price at launch. However, there is a chance that by the time it’s finally released, foldable technology will be much more affordable.

What is the Surface Neo?

The following is based on official information from Microsoft and subsequent rumours from trusted sources. However, following the cancellation of Windows 10X, any version of the Surface Neo that comes to market may be significantly different.

The Surface Neo is a dual-screen, foldable device which is reminiscent of the Lenovo Yoga Book. Microsoft says there’s nothing else out there like it, and it’s certainly right. 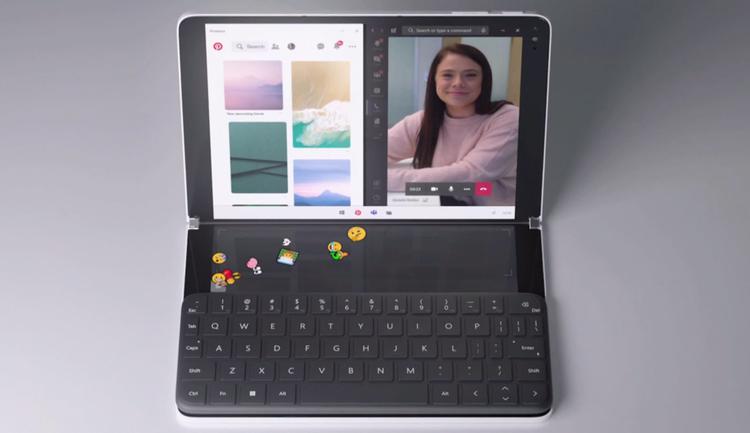 The Surface Neo has two 9in LCD displays, which can combine to form a dual-screen setup with 13.1in of screen real estate. We don’t know the resolution of these displays, although the device will be 5.6mm thick and weigh 655g.

To the right of the screen (or above it, depending on how you’re using the device) is a front-facing camera, although we don’t know the megapixel count or whether it capture full HD footage. There’s also an infrared (IR) sensor, which can be used for Windows Hello face unlock, but you miss out on a fingerprint sensor.

There’s also a magnetic keyboard which can be positioned in various ways, either on top of one screen so part of it is used, say, for a touchpad, or it can be removed entirely and used separately on the desk. If you put the keyboard at the bottom, you also get the ‘wonder bar’ which is a little like the touchscreen above the keyboard on a MacBook Pro. 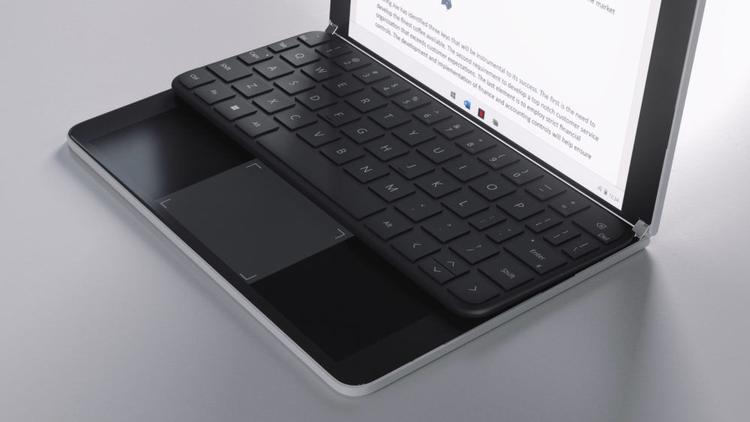 Like both generations of Surface Pro X, you can use it with the slim Surface Pen which attaches magnetically to the back of the Neo and charges in that position. 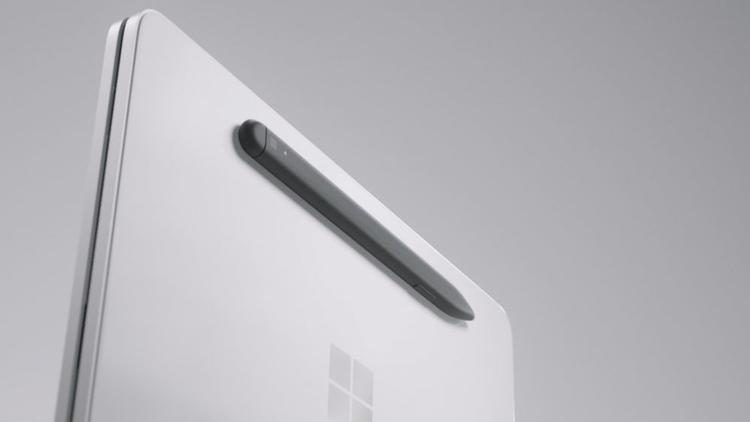 The 360° hinges use a system of over 60 “micro gears”, which Microsoft says create the “perfect amount of torque so it feels good when opening and closing”.

It runs a new version of Windows called Windows 10X, built for dual-screen devices (but coming to single screens first). The idea is to increase productivity by having two screens which can run different apps – it’s not simply a large screen which can fold in half. You can also drag apps between screens, or maximise them so a single app fills both screens. 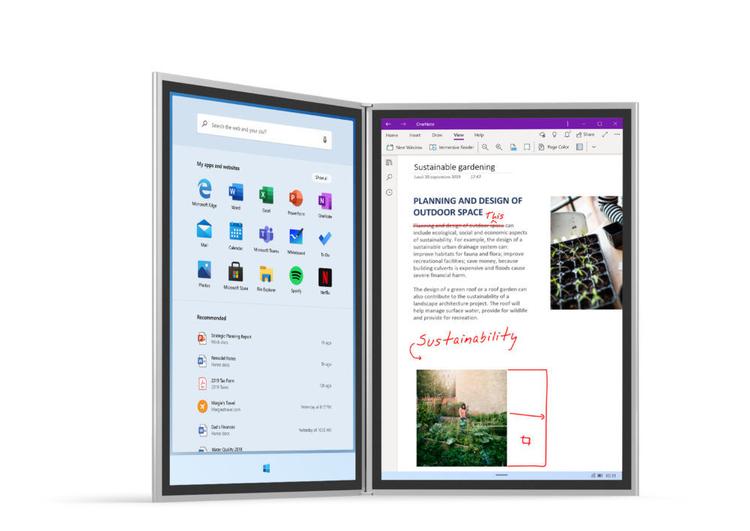 Another use for the second screen is to open web links from emails on the other screen. The apps will also auto-rotate if you turn the device from landscape to portrait mode.

Naturally, you can also use one screen to watch a video and the other to browse the web or check emails. 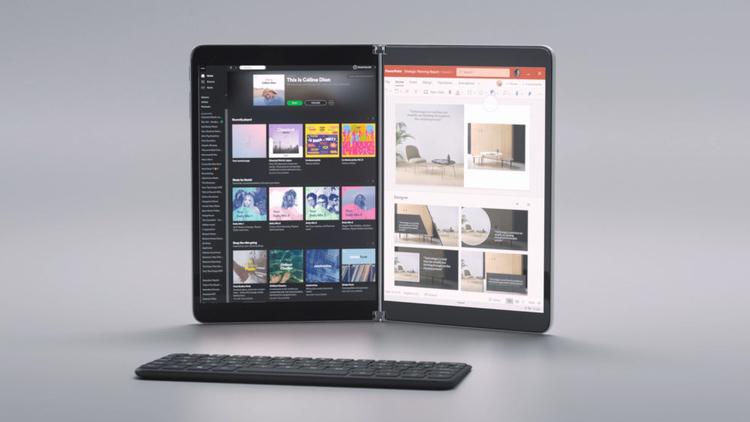 The Neo was originally powered by an Intel Lakefield processor, a ‘hybrid’ CPU with a graphics engine designed specifically for dual-screen devices. However, as AnandTech reports, this chip has since been discontinued by Intel

It’s also designed to be very thin so it can fit in such a slim device. There will also be an LTE modem, but considering the timing of its initial launch, this will probably be 4G and not 5G.

Nothing else is known with regard to internals, but Windows Central is suggesting that 8/16GB of RAM and 128GB/256GB of storage. The latter will likely be in the same UFS 3.0 standard we see on the Surface Duo.

How will the Surface Neo run apps?

One of the reasons Microsoft showed off the Neo so early was because it needs app developers to optimise their apps or create new ones which will work on this form factor. Without apps that are aware of how the Neo’s screens work, they’ll probably be limited to full-screen use, since their interfaces could be too small to use otherwise.

Developers have been quick to update their apps to support the new M1 chips on Apple’s latest MacBooks, so by the time the Neo launches we’d hope to see plenty of apps that are optimised for the device.