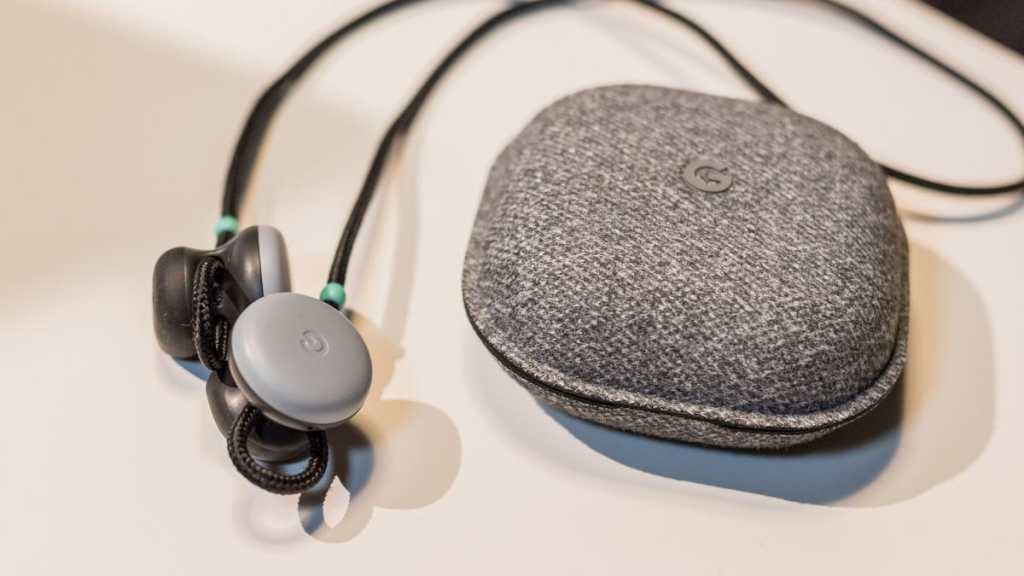 Google might launch a follow up to its 2017 Pixel Buds later this month. The 15 October Made by Google event has been somewhat spoiled by the volume of Pixel 4 leaks, and not much is secret about it.

9to5Google reports “a source familiar with the plan” says the Pixel Buds 2 could well see their debut alongside the Pixel 4 although no further details were disclosed.

From our point of view, the only way is up. The first-gen Pixel Buds were awful, getting a rare two-star review. Despite clever translation features, the design was absolutely terrible with poor fit and buds that left us in pain after less than an hour of use.

The fabric cord fit was also odd, and the case was fiddly and badly made. The sound quality was pretty good but with zero noise isolation, we could not recommend them. Hopefully Google has taken these two years to thoroughly improve what should be a flagship product to sit alongside the Pixel phones.

For what it’s worth, we much prefer the wired  USB-C Pixel earbuds that come in the box with the Pixel 3 or are sold separately for £30.

You’ll be able to tune in and watch the live stream of the Made by Google event on 15 October and keep an eye out for the Pixel Buds alongside the certain  Pixel 4 and rumoured Pixelbook Go.