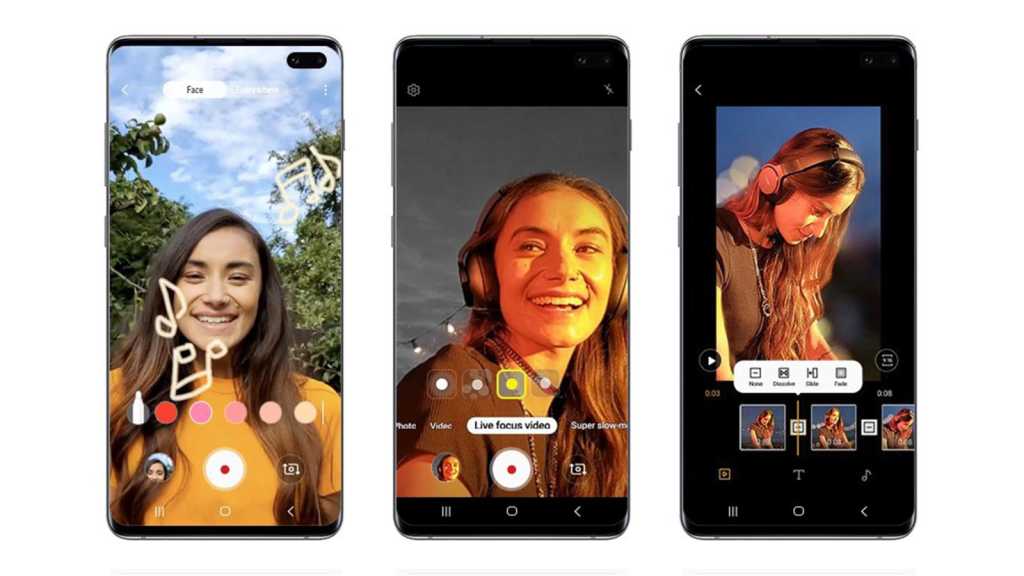 Samsung has announced a big software update to the Galaxy S10 series of phones that improves the camera and brings full DeX desktop functionality. The update is all four S10 phones: S10e, S10, S10 Plus and S10 5G.

It’s interesting that Samsung is positioning this update as “introducing many of those same bar-raising innovations” from the Note 10 and Note 10 Plus as it gives people a reason to buy a cheaper S10 instead.

The software update improves the night mode on the S10 by adding the smarts to the selfie camera. Samsung said the update also improves video stabilisation, adds live focus for video that blurs the background behind a subject, and gives the S10 AR Doodle mode – though without the S Pen support found on the Note 10 phones. A built-in video editor rounds off a decent set of upgrades for the camera.

Also included in the patch is full DeX support for PC and Mac, allowing you to plug your S10 into a computer via USB cable and run it in desktop mode. This is a limited way to use your phone as a full traditional computer, but it’s handy that you don’t need an additional hardware accessory to access the feature – a phone and cable is all you need.

With added Link to Windows support, it also means any S10 can wirelessly talk to a Windows PC for message and photo syncing. All in all, this looks like a solid update to the S10 and a testament to the power of software patches. It’s just a little odd that the company is diluting the value of paying more for a  Note 10 when previously some of the camera features were exclusive to the Note.

Samsung said the update had started to roll out from 26 September, so it will depend on your region and operator as to when you’ll get it.