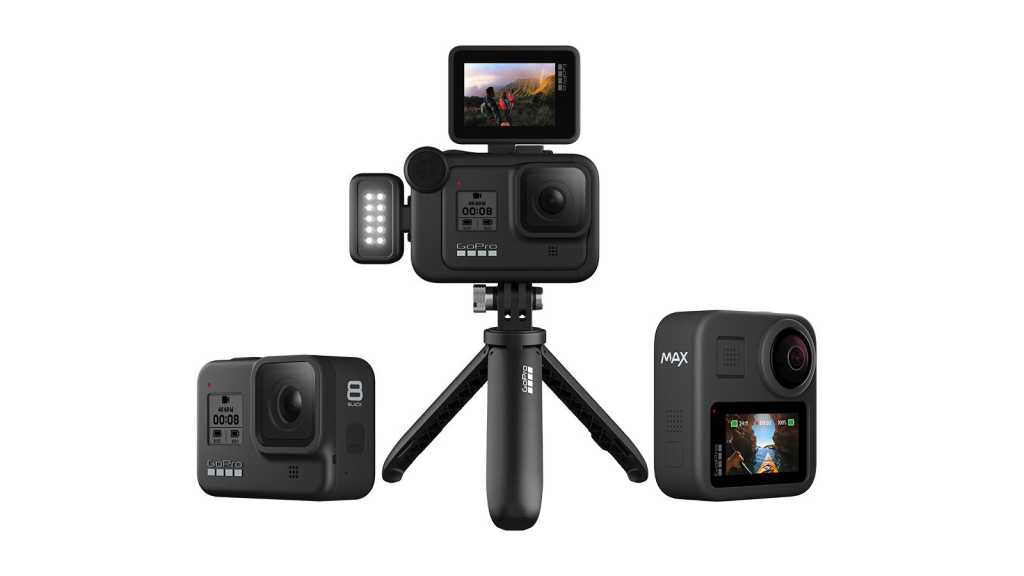 GoPro has announced its Hero 8 flagship action camera, promising better stabilisation as its main improvement. Other claimed new features include improved audio recording against wind and tougher casing compared to the Hero 7.

GoPro is a company that has a rocky past but that hasn’t stopped it turning out a constant stream of new products. The  Hero 8 sports a familiar design to its predecessors but at £379/$399 could be a tough sell to casual action cam buyers.

The company is pushing the Hero 8’s compatibility with a new modular set of accessories: the Media Mod (£79/$79 microphone), Display Mod (£79/$79 front-facing display) and Light Mod (£49/$49 light) show that GoPro is trying to cater to people who might want a mini-studio setup made possible with their camera purchase as well as the option to strap it to the front of their snowboard.

If you want to go all-out though, then the Hero 8 isn’t the most GoPro you can get. For £479/$499 the  GoPro Max is a dual lens camera capable of regular shots or 360 recording and has a built-in front facing display in an attempt to appeal to vloggers and influencers. The extra spend gets you a virtual shotgun mic built in and the same improved video stabilisation as the Hero 8.