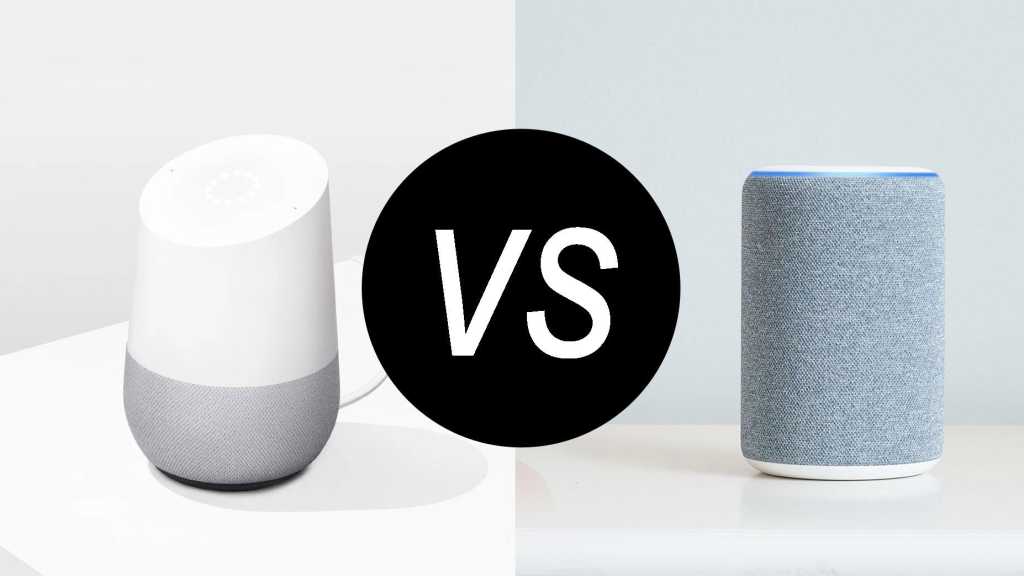 Smart speakers such as the Google Home and Amazon Echo are fast becoming a regular sight in kitchens, living rooms and bedrooms. But which is better? Which one should you buy? Are they the same?

We’ll aim to answer all your questions and help you choose the right system for your home. If you’re buying only a single device, it doesn’t really matter too much, but most people decide that want more than one to cover the various areas of their home. Some people go as far as putting one in every room.

The bad news is that there’s no easy answer to which system is the best, so you’re going to have to read on to find out more before making up your mind.

Before we talk about the assistants built into these speakers and smart displays, it’s worth looking briefly at the ranges on offer from each company.

There are now three Echo Show displays – 5.5-, 8- and 10in, five speakers (including the high-end Echo Studio) and you’ll find Alexa built into various other products including Amazon’s own Fire TV Cube, plus sound bars, TVs and third-party speakers.

Plus, Amazon sells accessory devices such as the Echo Wall Clock which can display countdown timers you’ve set with Alexa.

The Google Home range, some of which is now called Google Nest, isn’t quite as comprehensive, but this makes it simpler to understand.

As with Alexa, you’ll also find the Google Assistant hiding in other products including the Nest Cam IQ security camera and – naturally – Android phones.

Regardless of whether you intend to buy a smart display or a smart speaker, both rely on their respective assistants to answer questions, set timers and generally get stuff done.

Which one is better is a perennial question, and arguably the most important and relevant question you can ask when choosing between Amazon’s or Google’s hardware.

Answering it isn’t straightforward though, and there’s no clear winner. Each assistant has its strengths and weaknesses.

Google Assistant leans heavily on Google’s search prowess, and is therefore fairly adept at answering any questions which could just as well be typed into a Google search box. It’s also fully integrated into the Googleverse, which means if you have an Android phone and use Google services such as Gmail and YouTube, you’ll really appreciate how everything works nicely together.

The Assistant is also much more forgiving when it comes to understanding what you say, so you can speak in natural language and it knows what you mean… most of the time.

Amazon’s Alexa is much more of a stickler for phrasing requests correctly, and will refuse to understand if you don’t ask in the right way. Unlike the Google Assistant, she won’t accept multiple requests in one go, and you can’t really have a conversation with Alexa as she doesn’t retain any information from a previous question.

Also, Alexa isn’t so hot on general knowledge and relies for the most part on Wikipedia. That means she tends  to struggle with the kind of local knowledge that Google is good at, but is very capable when it comes to telling you how tall the Arc de Triomphe is, or about the various species of lemurs.

However, Alexa is surprisingly knowledgeable about local retail and can answer “When does Tesco  close tonight in Sidcup”.

It’s easier and more natural to say Alexa than OK Google, but the latter phrase means the Assistant is far less likely to mishear and start listening by accident. Neither lets you set a custom wake word, but you can opt for Echo, Computer or Amazon instead of Alexa. Your only options in the other camp are OK Google or Hey Google.

Both assistants have the basics nailed, including setting multiple timers and reminders, giving you a weather forecast or the latest sports scores.

They can also broadcast a message to all your smart speakers and displays in your home such as “Dinner’s ready”. Alexa and Google Assistant will also acknowledge you if you say thank you, which can encourage kids to remember their manners.

Google gains a point for responding to “Stop” when an alarm is sounding. With Alexa, you still have to yell “Alexa, stop”.

Impressively, Alexa can offer translations: this feature isn’t limited to the Google Assistant. You can ask either one how to say “Two beers please” in a different language.

Both Google and Amazon are constantly adding to their assistants’ capabilities. They can both identify who is speaking to them and offering personalised answers or content, such as what’s on your agenda today.

Amazon has given Alexa some useful new capabilities such as Guard mode where she will alert you if she hears breaking glass or other sounds in your home which you’d probably want to know about while you’re at work. However, many of these features are release in the US first and can take a long time to filter down into other regions.

Both assistants are especially helpful if you have compatible smart home gadgets such as lights, plugs and switches. Using only your voice you can turn these things on and off and you can group them so they turn on and off together.

Both systems also allow you to group smart devices in a single room with a Google Home or Amazon Echo in that room. This allows you to say “Alexa, turn off lights” or “OK Google, turn off lights” and they will know which lights you mean.

Routines are another shared skill: you can set multiple things to happen when you issue a custom command. You might say “goodnight” and all the lights will turn off downstairs, the heating will switch off and your bedroom light will turn on.

Music is one of the main reasons people buy a smart speaker and, of course, both assistants are happy to play whatever music you ask for. Each company hopes you’ll subscribe to its own music streaming service (Google Play Music or Amazon Music) but you can also use other services such as Spotify if you subscribe to that instead. Amazon also supports Apple music now.

But opting for the ‘native’ service gives you the best experience. For example, if you have an Echo Show and use Amazon Music, you’ll see lyrics appear in sync for a lot of songs, but you lose that feature if you play Apple Music on an Echo Show.

Both Google and Amazon allow you to play music in sync on multiple devices, but this typically only works with own-brand hardware, with very few exceptions.

And while we’re on the subject, buying a third-party speaker with the Google Assistant or Alexa can often leave you locked out of certain features such as making calls to friends and family.

Recently Amazon removed the ability to play BBC Radio via the TuneIn service, so now you have to enable the BBC skill which, due to Amazon limitations, does not support alarms or multi-room. Google is unaffected by this change as it does not use TuneIn.

You can use Alexa or the Google Assistant to control what you see on your TV. You’ll need compatible hardware, though. For Alexa, that needs to be an Amazon Fire TV while for Google, you’ll need a Chromecast.

One difference between the systems is Alexa Skills which are like apps that you ‘enable’ in the Alexa app. Some of these are just silly games like “Meow meow” which make Alexa meow at you when you make that sound. But many are actually useful, such as getting train times and public transport status updates, or are skills made specifically by hardware manufacturers so their kit is controllable via Alexa.

Google Assistant is also compatible with a wide range of hardware, but if it doesn’t just work straight away, there’s nothing you can do about it, and developers can’t create extra games and other skills.

Amazon first added its Drop-In feature when it launched the first Echo Show. So long as you approve specific contacts (and they approve you) you can “drop in” on each other – i.e. make a video call – without waiting for the other party to answer.

Video calls obviously only apply if both parties have smart displays, but you can make voice calls as well. More recently Amazon added the ability to call phone numbers.

Messaging is built into Alexa as well and this can take the form of voice or text.

With the Google Assistant and Google Nest devices, you’re a bit more limited for video calls because the Nest Hub doesn’t have a camera. However, where you can make voice- and video calls you can talk to any of your Google contacts, not only those with Home or Nest Hub devices.

Since both Amazon and Google offer smart displays and not only smart speakers, you might be wondering what extras you get with a display.

As you can probably guess, you’ll see information on screen when you ask a question, whether it’s a simple weather forecast or the instructions for a recipe (this is one of the most popular uses of an Echo Show according to Amazon).

Although the screens can show video, their small size means you’re unlikely to watch anything longer than the odd YouTube video or news briefing. And it’s awkward to use YouTube on an Echo Show: only the Google Nest Hubs officially support it.

The smaller Google Nest Hub, however, doesn’t have a camera so can’t be used for video calls, whereas all three Echo Show models have a camera. The two smaller ones even have a physical shutter to block off the camera and mute the microphones when you want some privacy.

Check out our roundups:

If you’ve got this far, you’ll realise that it’s impossible to say one system is better than the other.

Ultimately, the right one for you will be the one that does what you want it to, and works with the smart home kit you already have.

You might prefer the strengths of the Google Assistant, while others might be happy to live with Alexa’s shortcomings in general knowledge and be swayed by the bigger choice of devices.

Just remember that you can’t really mix and match systems: you either go for Echos or you plump for Google’s devices. It’s far too confusing otherwise.

Once you’ve made your choice, check out the best Amazon Echo deals and the best smart home deals.