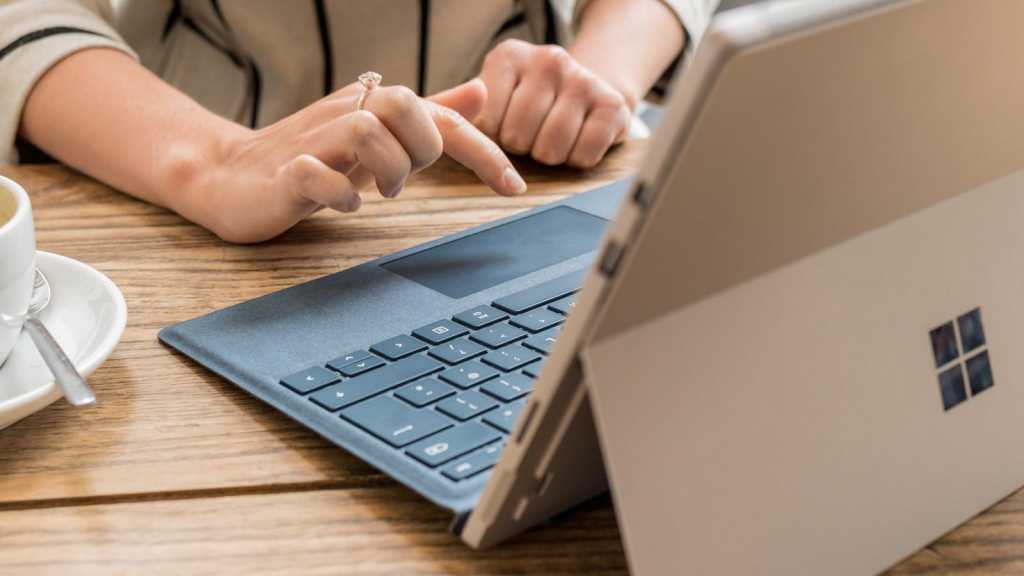 Microsoft is heavily teasing its 2 October Surface event and we expect to see a Surface Laptop 3, Surface Pro 7 and possibly even the company’s long rumoured Centaurus dual screen device.

But a report suggests that there might also be a Surface 7, a different model to the Surface Pro 7.

French site Frandroid claims it has seen information and images (that it has not published) of two new Surface 2-in-1s. One, codenamed ‘Campus’, is supposedly the Surface 7. It won’t have the Pro name and will modernise the Surface design by shrinking the bezels into a device that the site says resembles the latest generation iPad Pro.

Frandroid goes on to say the Surface 7 will have 4G built-in, which points to it running on ARM architecture as opposed to the usual Intel Surfaces. This would move the Surface hardware closer to a mobile tablet rather than a 2-in-1 PC.

Curiously the report claims that the Surface Pro 7 won’t get the same updated design changes. Codenamed ‘Harper’, it will apparently closely resemble the Surface Pros of old. The report also says both new Surfaces will get USB-C and fully drop USB-A and miniDisplayPort.

The Pro is also rumoured to keep the Intel chip inside, so this could be a strategic way for Microsoft to use both ARM and Intel processors to keep them both on side. Of course, each has its own benefits and if the rumours are true, would compliment different products in the Surface line up.

Meanwhile, the Surface Laptop 3 is to get a more modest update with new colours and an option that won’t have the Alcantara material.