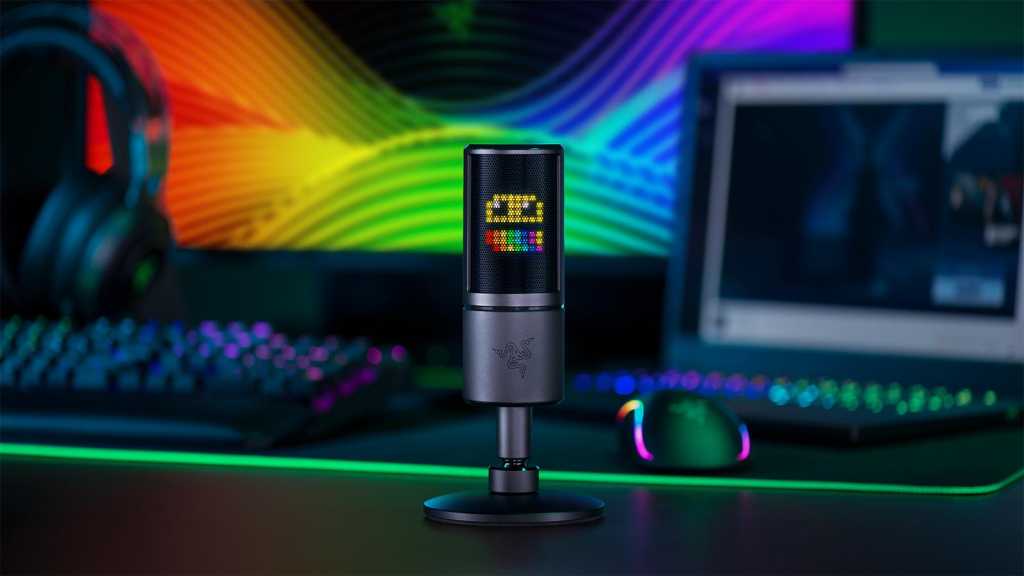 Razer has announced the Seiren Emote, a new gaming mic specifically aimed at the rising number of streamers. It has a built-in 8-bit LED display that displays emoticons based on the reactions of a streamer’s audience.

While that’s not a feature we knew we needed, it looks like a fun and functional gaming accessory. At $179.99/€189.99, the hyper-cardioid condenser mic is compatible with Twitch, Streamlabs, XSplit and Mixer and according to Razer does not require a laborious set up.

Simply sit the mic in front of you and the display faces your screen and camera.

Razer has developed what it calls the Emote Engine into the Seiren Emote, which can read the reaction boxes of the supported streaming platforms and feedback a selection of emoticons to the readout on the mic, mirroring the audience’s interactions.

Alvin Cheung, Senior Vice President of Razer’s Peripherals Business Unit said the mic is “enabling an additional layer of interaction between streamers and fans that is truly fun and engaging.”

The LED display will cycle through reactions to things like alerts, comments, messages, follows and even donations from audiences. Razer hopes this feature will differentiate it from the crowded gaming mic market and put a fun bridge between streamers and their fans.

It’s also partly aspirational according to Cheung, who said “Up-and-coming streamers are looking for more ways to engage with their fans and grow to new heights in order to become like their idols.”

Users can design their own emoticons in the companion app to control the sort of messages they display to their growing audiences.