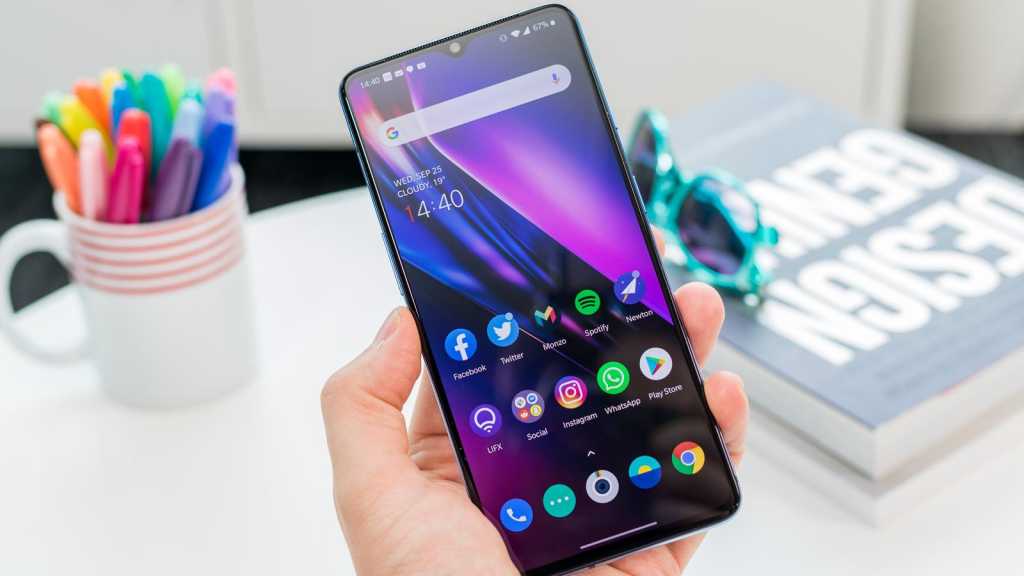 OnePlus 7T is now available to buy, following its announcement at a New Delhi event on 26 September. It looks to be a huge upgrade over OnePlus 7, and in this article we’ll explain exactly what’s new.

Also unveiled during the event was OnePlus TV, for now only in India, while the OnePlus 7T Pro was announced in a second event on 10 October.

‘T’ upgrades are supposed to be iterative, with a faster processor and a few tweaks here and there to keep things current, but OnePlus 7T is like a whole new phone when compared to  OnePlus 7 – and that’s sure to annoy anyone who has recently bought its predecessor. It also makes your choice between 7T and 7 Pro much more difficult, with less to separate the two. Do note that there is no 5G version of OnePlus 7T.

Not only has OnePlus had a spruce up on the inside with a faster processor – the Snapdragon 855+ offers a notable performance improvement over the 855, particularly in graphics – which is paired here with 8GB of RAM and 128GB of storage, but there has been a complete make-over on the outside. 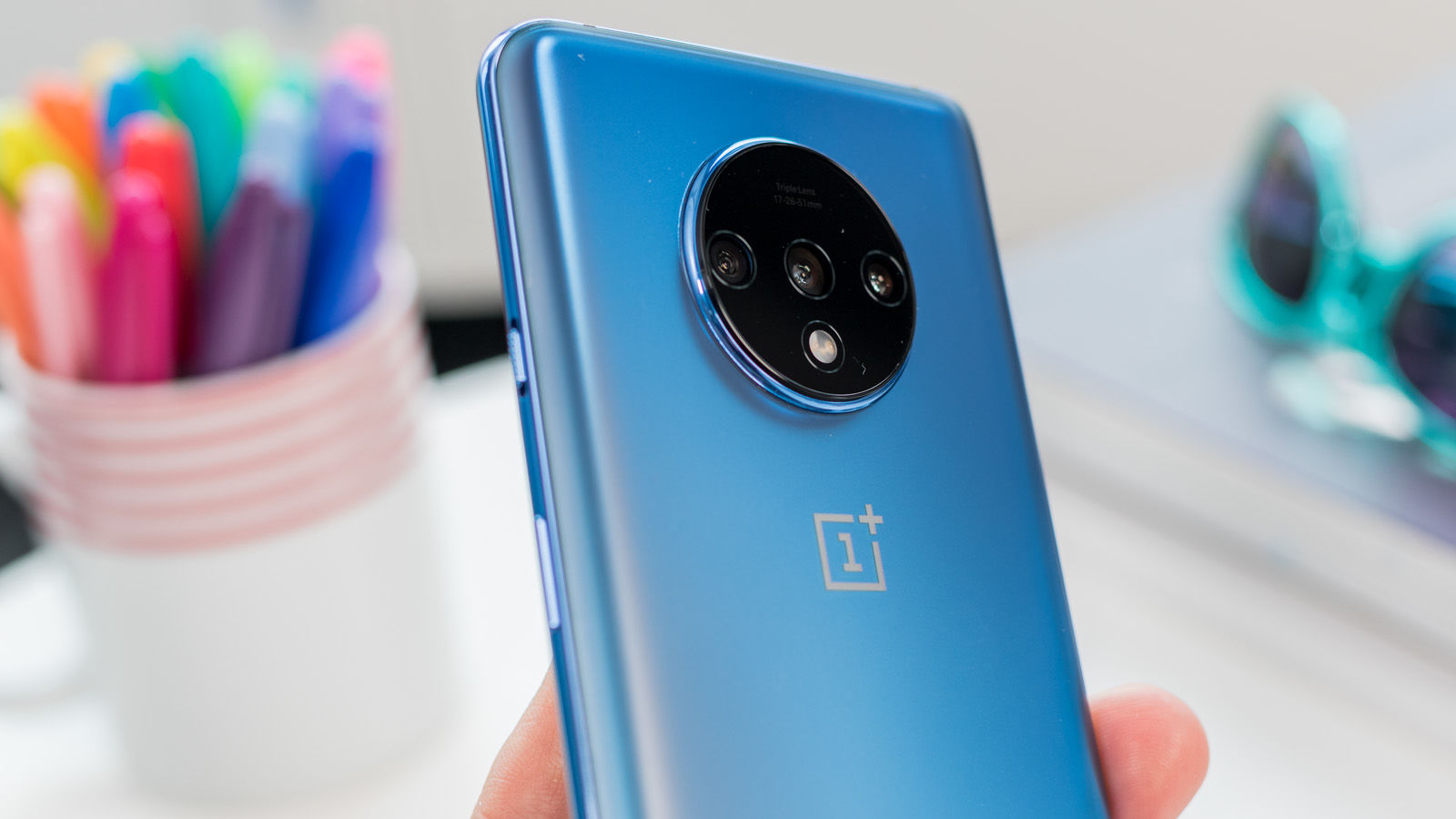 We’ve already been able to test the OnePlus 7T in its new Glacier Blue colour option (also available in Frosted Silver), which catches the light without adopting the high-sheen mirror gloss of many smartphones. It’s a thing of beauty, with big changes both back and front.

This is an HDR10 panel with a maximum brightness of 1000 nits and a buttery-smooth 90Hz refresh rate – the stuff gamers dream of, and previously a Pro-only feature.

A key difference between OnePlus 7 Pro and this 7T is the former’s inclusion of a pop-up selfie camera. That remains a Pro feature, but OnePlus has reduced the size of the standard model’s waterdrop notch that houses its 16Mp lens by around 30%. The in-display fingerprint sensor is now even faster and more responsive, too. 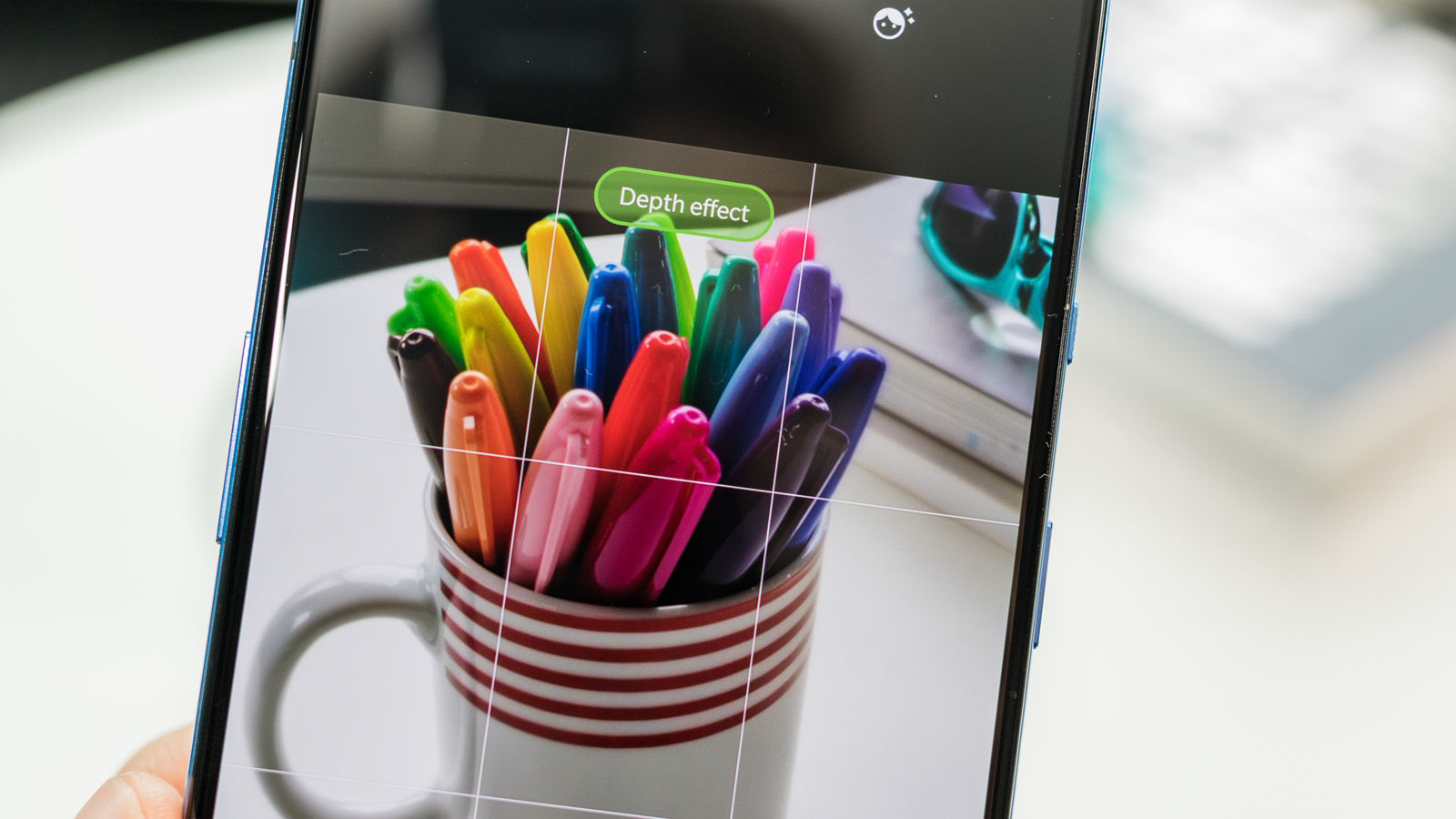 Turn over the phone and what was a dual-lens camera is now a triple-lens assembly, all within a circular housing. The main sensor is the same as in OnePlus 7 Pro, a 48Mp lens with f/1.6 aperture. You also get 16Mp wide-angle and 12Mp telephoto lenses.

New software tweaks improve what’s possible with photography, with a new macro shooting mode that can use the wide-angle lens to shoot photos of subjects only 2.5cm away, as well as Super Stabilisation for video.

We wouldn’t expect a notable improvement on battery life from the 100mAh upgrade over OnePlus 7, especially given the more power-hungry hardware, but charging is now significantly faster. Whereas OnePlus 7 supported 20W Warp Charge, with the 7T we’re now up to 30W (still wired only). You’ll get 50 percent in 20 minutes, 70 percent in 30 minutes and 100 percent in an hour. 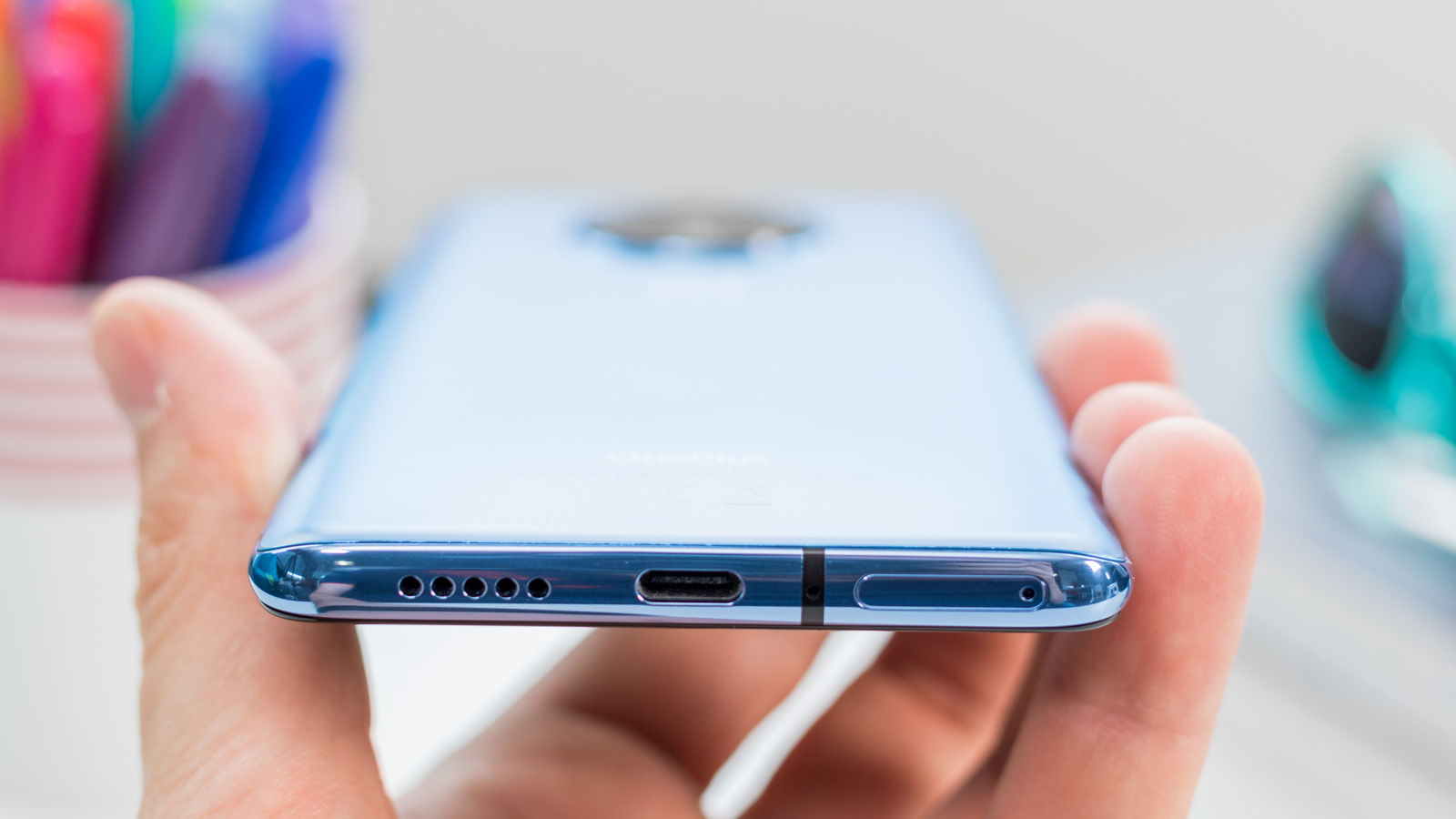 OnePlus still applies its own Oxygen OS software, which is a custom version of Android, but it’s now up to Android 10, which was released on 3 September. OnePlus 7T and OnePlus 7T Pro are the first phones to go on sale with Android 10 out of the box.

When is the OnePlus 7T on sale and how much does it cost?

OnePlus 7T costs £549, and went on sale on 17 October, with pop-up stores letting you buy it a week earlier. This makes it £150 cheaper than the Pro – and with few substantial features separating them, we think it’s the one to buy.