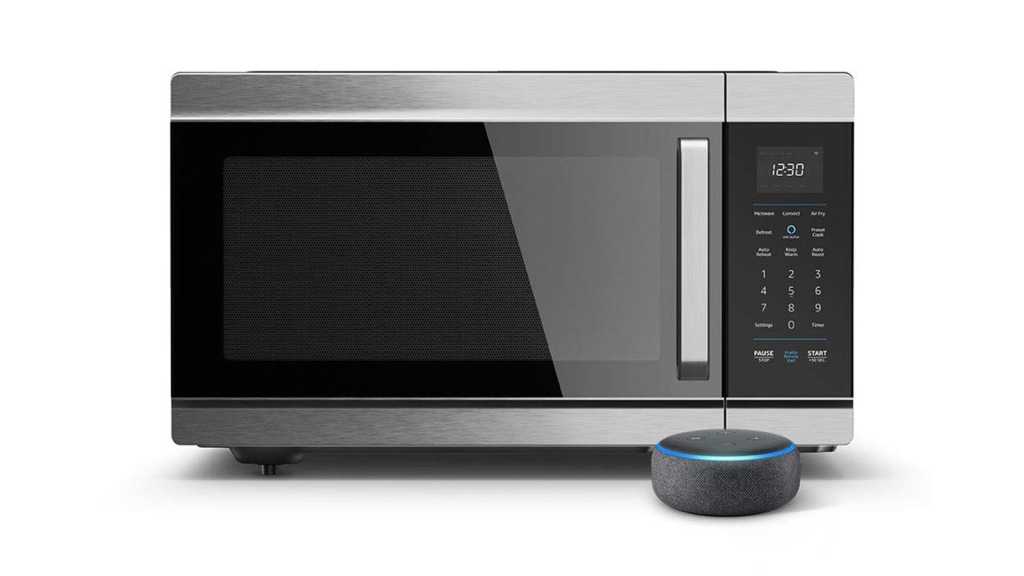 As if Amazon didn’t have any more worlds to conquer it has launched its Smart Oven alongside fourteen other new hardware products. A pricier follow up to  its existing AmazonBasics microwave, the new oven ditches the ‘basics’ moniker and pushes the price to $249 USD.

If you ever wanted to tell your microwave oven to heat up some chips, you now can (though this is US only, so you’ll probably have to say fries). This requires another Echo device with mic to be plugged in to work, and Amazon is shipping the Smart Oven initially with a free Echo Dot for this reason.

It’s got some useful non-Alexa features like a temperature gauge and it’s big enough to cook a 5lb chicken according to Amazon. But the Alexa integration is what’s trying to hook you in. You can say things like “Alexa, cook salmon,” and the oven should be smart enough to weigh the food and select the right cooking mode for it based on that and the fact you’ve said it’s salmon.

Alexa will also say things like “it’s time to flip your food”, which could be handier than a standard microwave oven’s beeps. Using the Alexa phone app you can scan barcodes from select food stores such as Whole Foods and then set the Smart Oven to cook them without thinking about the settings.

Microwaves aren’t too complicated but when you add in the fryer and convention oven elements it’s easy to overdo food. Amazon is hoping making a microwave smart is enough for you to fork out for one and take the guesswork out of the process.