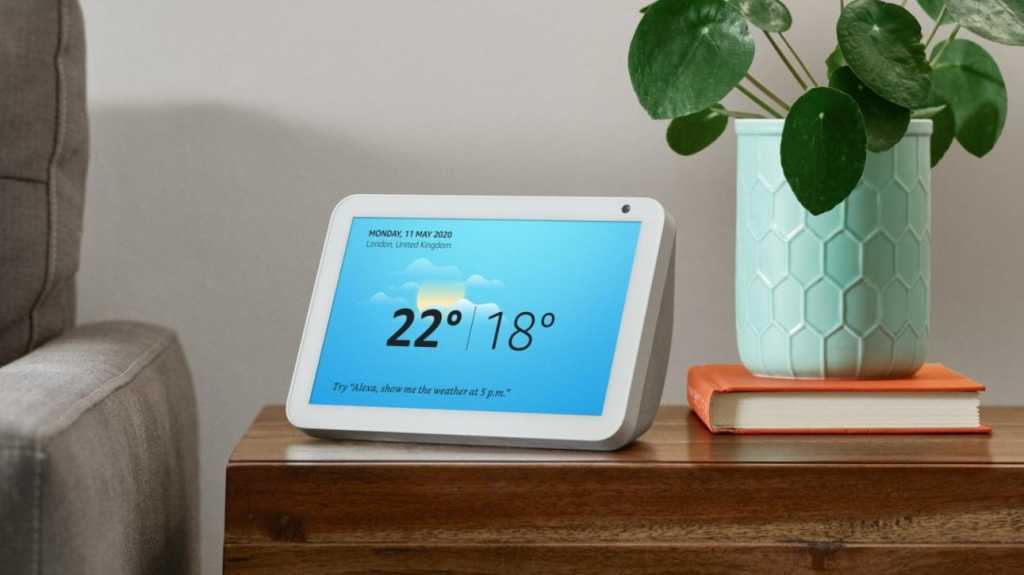 In August Amazon unveiled the Echo Show 8, a new Alexa-powered smart display that it presumably hopes will be the Goldilocks of Echo Show devices, sitting in between the existing Echo Show and Echo Show 5. It’s also clearly designed to rival the Google Nest Hub.

With an HD 8in touch display, the Echo Show 8 fits neatly between the 10in 2nd-gen Echo Show and 5.5in Echo Show 5.

It also borrows features from each of those, with the powerful audio setup of the larger Echo Show, and the physical camera shutter and slimmer form factor of the Show 5.

Like those two devices, this is essentially a standard Echo smart speaker but with a display packed in, useful for showing you the weather or your commute, displaying album art for music, or laying out recipes that you can follow along with.

Amazon was keen to emphasise that recipe functionality, also announcing an exclusive partnership with the Food Network. Alexa will be the ‘exclusive voice service’ of the Food Network, and the app will let you ask specific questions during a recipe – “how many chicken thighs do I need?” – and see the answer pop up in a text overlay on the recipe video.

At the same event Amazon announced a new Echo Dot with Clock, along with the new 3rd-gen Echo speaker, a powerful Echo Studio, and even more besides.