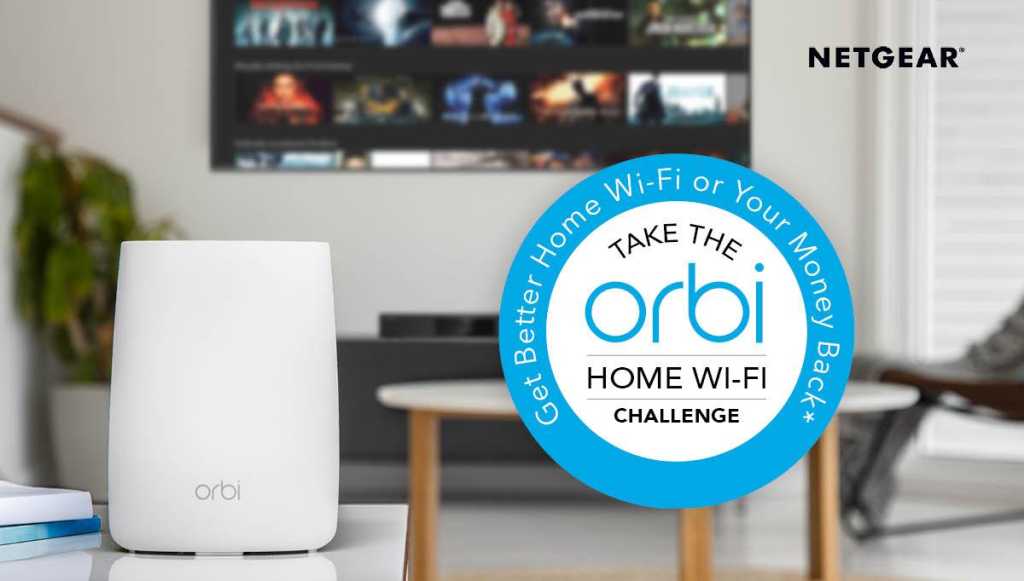 More and more devices rely on WiFi for an internet connection these days, putting a bigger demand on your router. From phones and laptops to smart speakers, security cameras and even kitchen appliances, the average home now has many more internet-connected gadgets than ever before.

If your broadband router was supplied your Internet Service Provider (ISP), chances are that it doesn’t support the latest WiFi standards or offer the very best speed or coverage. A lone router will struggle to supply a fast internet connection to every room in your home, and likely won’t deliver coverage at all at the bottom of your garden.

On top of that, it might struggle when lots of people are using YouTube, Netflix, Spotify and other bandwidth-hungry websites at the same time. And if you have kids, chances are it doesn’t offer any parental controls to limit when they can use the internet, or which sites they can visit.

So if your old router isn’t up to the job, leaving dead zones and poor performance when everyone’s home, there are a couple of solutions. First, you could upgrade your router to a better one, but this won’t necessarily solve all your problems.

For many people the best solution is a mesh WiFi system. These are designed to replace your current router where the incoming connection is via Ethernet (i.e. Virgin Media), or work alongside your existing modem/router, replacing its WiFi with a mesh network with vastly better coverage and performance.

Put simply, mesh WiFi kits include one router and one or more satellites which are placed strategically around your home. They communicate with each other and ensure strong, fast WiFi throughout your home, as well as outdoors and in the garage.

Mesh WiFi is built to handle multiple devices connected to the network, so the whole family can stream video at the same time, listen to Spotify and play online games. It means you can enjoy the full speed of your broadband connection wherever you are, even in the garden.

The NETGEAR Orbi range of mesh WiFi systems caters for homes of all sizes, from the RBK20, featuring one router and one satellite, up to the RBK53, which features a more powerful router and two satellites, providing coverage up to 6000 square feet (557m²). To put that into perspective, the average UK home has a floor space of less than 100m² which means there’s an Orbi system for everyone. 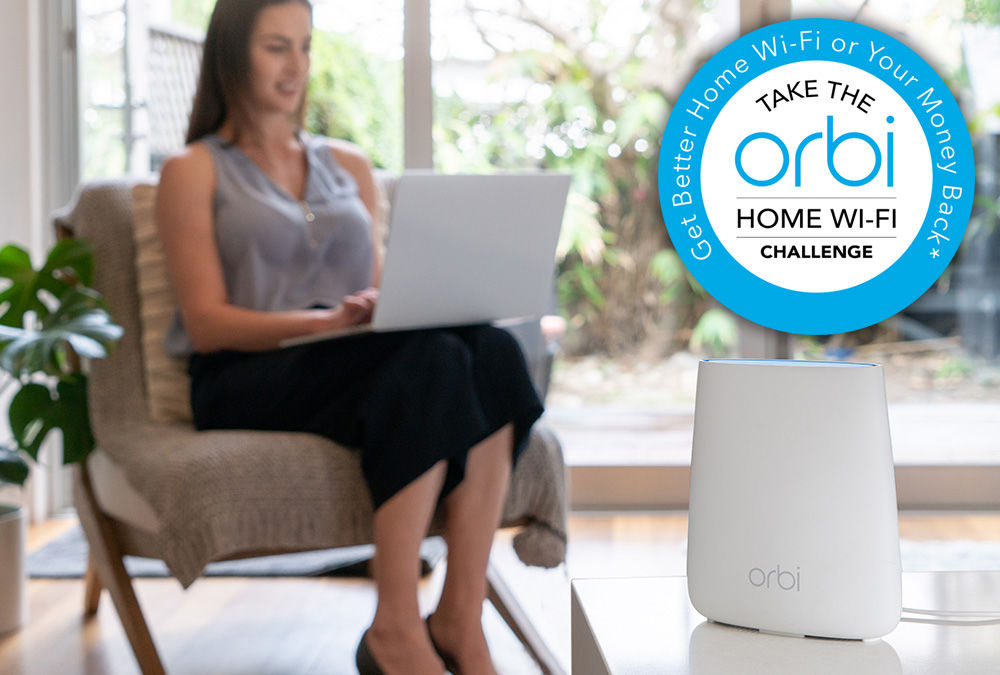 There are also add-on Orbi satellites which provide even more coverage and extra features. The Orbi Voice, for example, gives you great WiFi and the built-in two-way speaker from Harmon Kardon lets you listen to music and control it using Amazon Alexa. There’s also the Orbi Outdoor, for those with large or long gardens.

Orbi uses FastLane 3 technology for the best performance. Some mesh systems are dual-band, but the Orbi’s third band is used as a dedicated channel for communication between the units, meaning the maximum bandwidth is always available for your devices.

Say goodbye to videos that buffer, or games that lag.

Setting up an Orbi kit is easy. Just install the app on your phone and follow the instructions. In just a few minutes you’ll have super-fast, whole-home WiFi.

The Orbi app isn’t just for setup. It also gives you a simple way to control the system, including pausing WiFi (handy when the kids won’t stop watching Netflix and need to do their homework) and monitoring which devices are connected to which satellite.

Circle with Disney is a set of parental controls included in the app which make it easy to limit screen time and which sites your kids can visit on their devices. It’s even possible to set time limits for specific apps and web browsing. 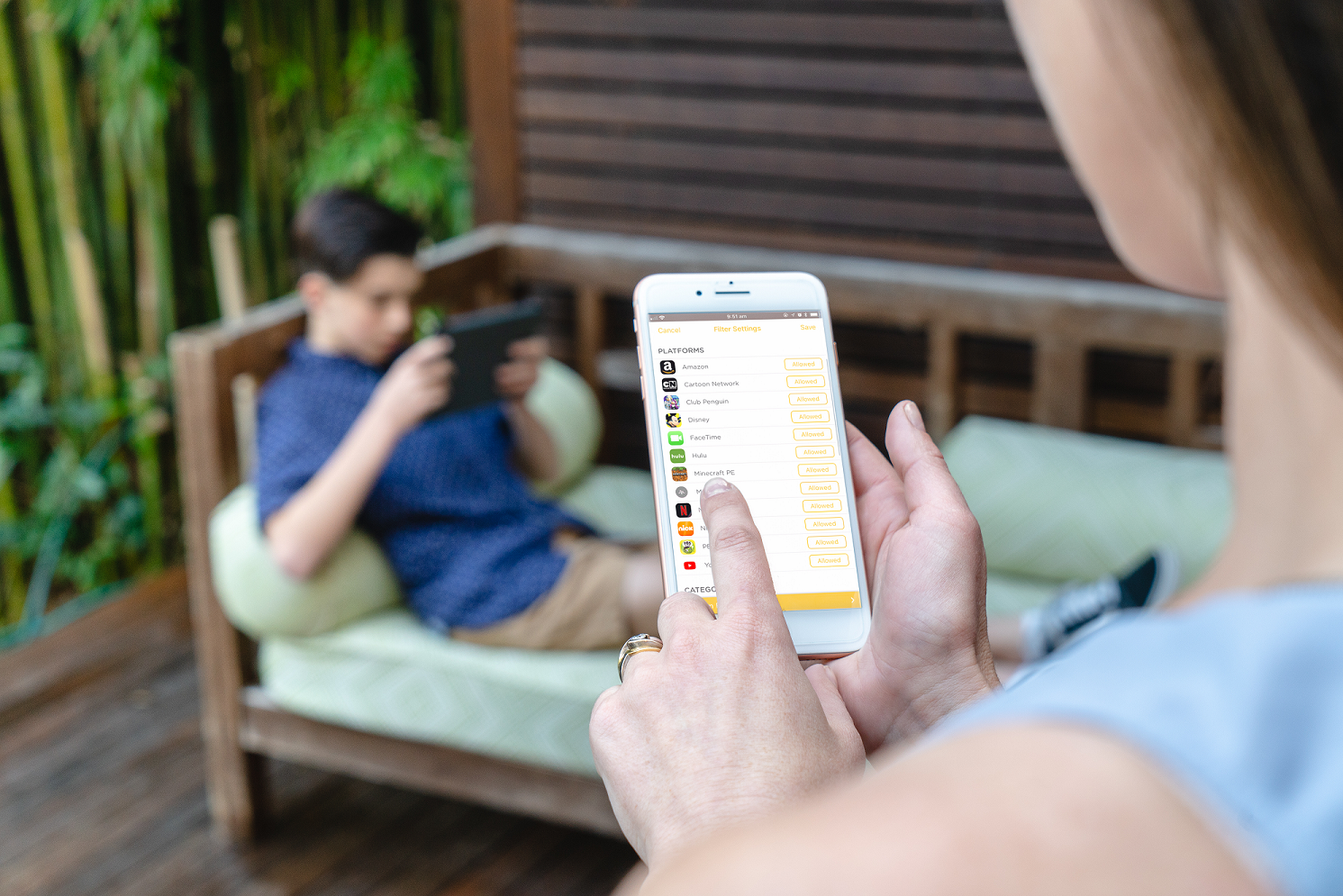 The dashboard shows you their activity and you can reward them with extra screen time, or pause or stop internet access for a specific device

NETGEAR Armor, powered by Bitdefender, is included on Orbi systems and protects all your devices, including gadgets which can’t run antivirus software. Unlike a standard router, which won’t block ransomware and viruses, Orbi systems protect you from these threats. And Armor can scan your network and alert you if any connected devices are vulnerable. 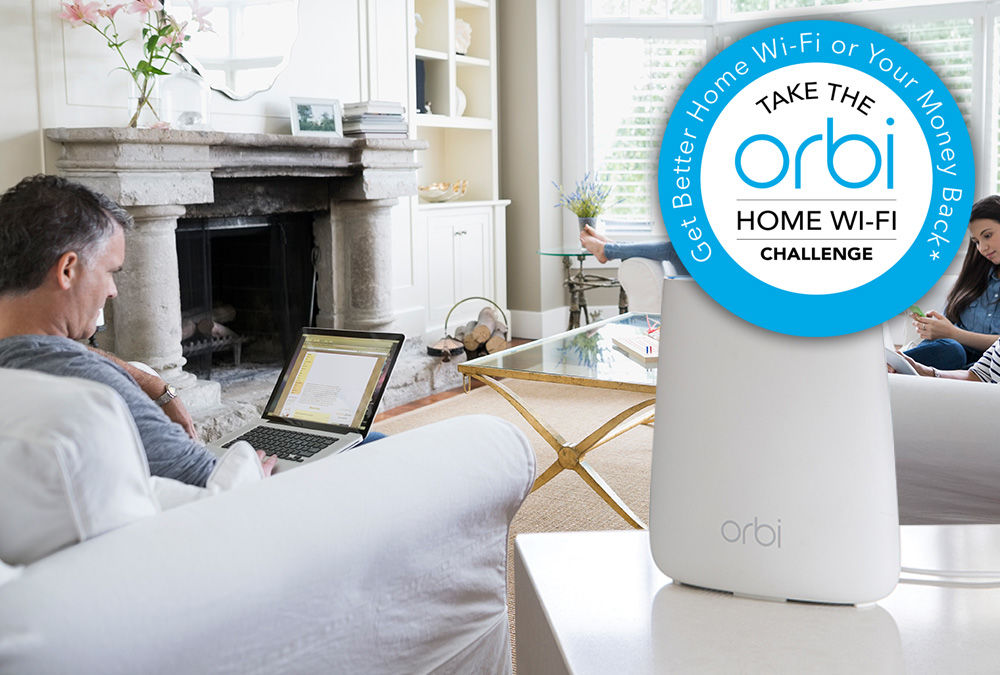 NETGEAR is so confident that you’ll love an Orbi system that until 31st December it is offering a 30 money-back guarantee on purchases of selected Orbi kits*. So, if you’re not satisfied that your WiFi is better, you can return the kit and get a refund. For more details, check out the  Orbi WiFi Challenge website

* The money-back offer relates to the purchase of NETGEAR Orbi hardware kits only, and does not cover any additional software licences or upgrades which may have been purchased during the 30-day period.