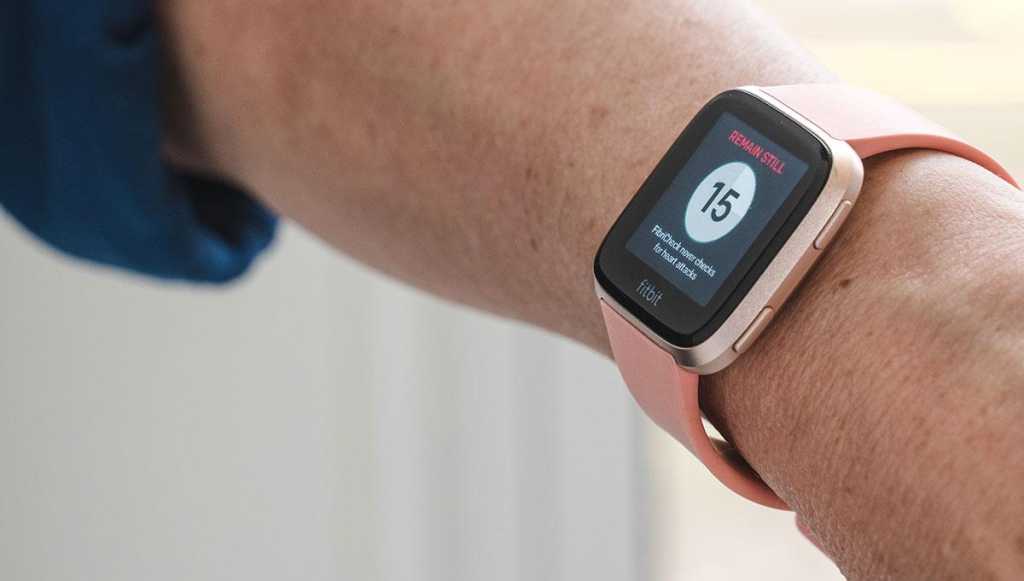 Fitbit has teamed up with digital healthcare specialist FibriCheck to offer monitoring for heart-rhythm irregularities from its smartwatches.

1 in 40 people aged over 40 will develop heart rhythm irregularities during their lifetime, and these can increase your risk of having a stroke by a factor of five.

The measurement assessment can be viewed directly on the smartwatch screen and shared with medical professionals via a FibriCheck web interface to help diagnose conditions such as Atrial Fibrillation (Afib).

A FibriCheck test can be completed in a minute. Colour-coded feedback is sent directly to the smartwatch screen – from green indicating that no irregularities have been detected, to red, which advises users to seek medical advice. A detailed report is also available via the FibriCheck smartphone app, which can be shared with medical professionals.

To begin with, the Fitbit/FibriCheck partnership will be available in Europe only: to users in Belgium, the Netherlands, Ireland and the UK.

FibriCheck can be found through the Fitbit app gallery on smartphones. There is a subscription model starting at £3.99 per month, with a one-day free trial available.

Find out which Fitbit is best for you in our detailed comparison roundup.

Afib is an irregular heart rhythm that can be difficult to detect or diagnose because of its irregular occurrence, and is a leading cause of stroke. Stroke occurrence in Europe is predicted to increase to more than 800,000 by 2035, according to research from King’s College London.

Heart rate varies constantly – depending on whether you are sitting or standing, running or under stress. But heart rhythm should remain regular throughout the day. An unregular heart rhythm is known as a heart rhythm disorder or cardiac arrhythmia.

The irregular pumping of the heart can cause blood clots in the heart, which can end up in the bloodstream and cut off the blood flow when they get stuck in blood vessels – restricting organs of vital oxygen.

Normally, heart rhythm is measured by doctors using an electrocardiogram (ECG) that requires ten electrodes to be attached to your body to map the electrical currents that drive your heart.

The FibriCheck measures the difference in light absorption over time. When the blood vessels are filled with blood right after a heartbeat the absorption will be high. In between heartbeats the amount of blood in the vessels decreases and absorption will be lower. The result of this measurement is called a photophlethysmogram or PPG – exactly the technology that is used to measure heart rate on all the Fitbit smartwatches, including Fitbit Versa, Fitbit Versa Lite, Fitbit Versa 2 and Fitbit Ionic. 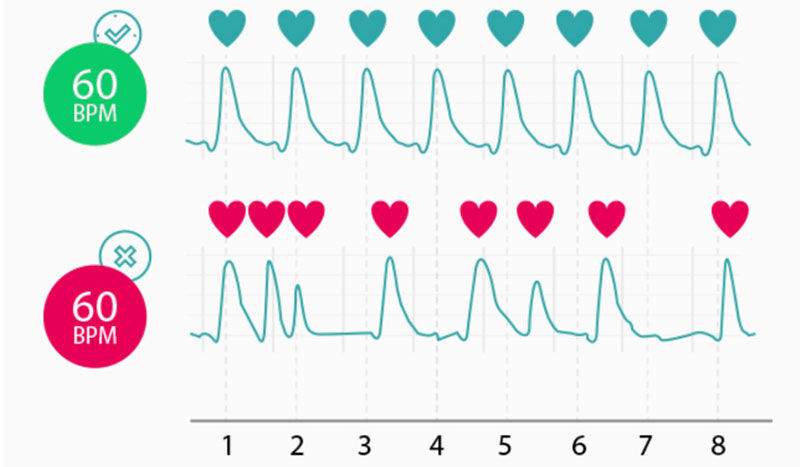 The chances of developing a heart rhythm disorder increase as you get older. If you have felt occasional palpitations or flutters FibriCheck enables you to instantly measure your heart rhythm.

It will also be useful for people who have been diagnosed with heart irregularities, as they can keep a daily watch on their heart rhythm.

FibriCheck is already available outside of the Fitbit platform (on iOS and Android), where people can place their finger over the camera on their smartphone for 60 seconds to measure their heart rhythm.

FibriCheck, in operation since 2016, is currently used by over 130,000 people in 43 countries, and is prescribed by more than 1,500 doctors, enabling the detection of more than 14,000 heart rhythm disorders so far, according to the company.

It is described as “first step” detection, as medical expertise should be sought if heart irregularities are detected by the app. 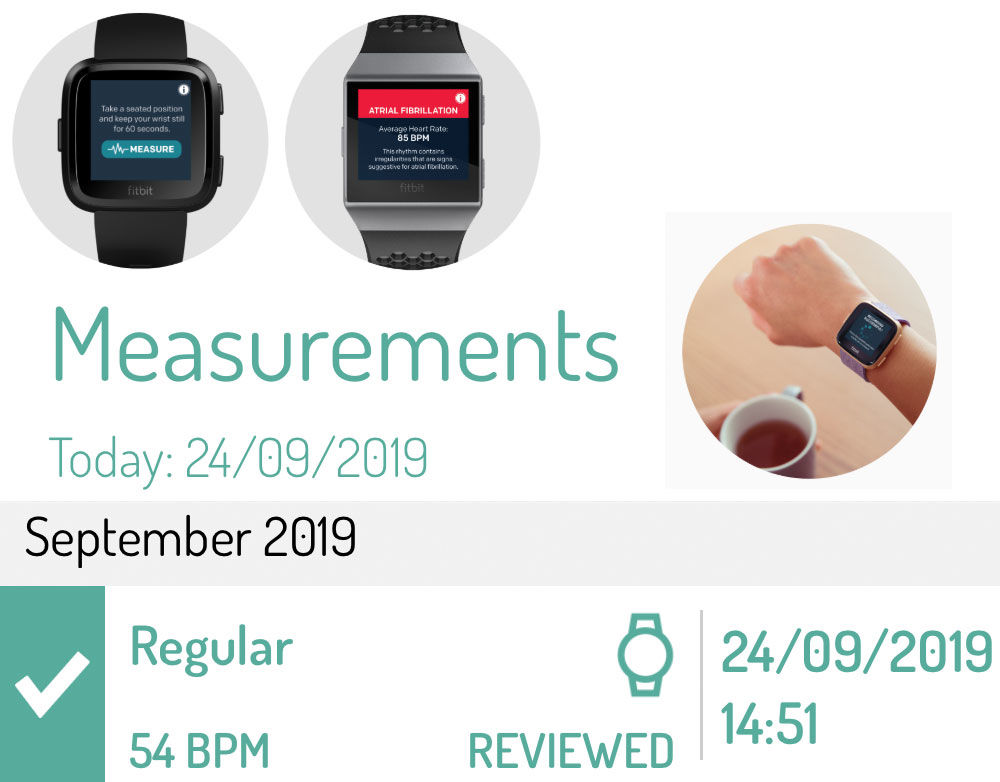 The results indicated that the FibriCheck algorithm on Fitbit smartwatches was “highly accurate” in correctly detecting the presence of Afib when compared to ECG.

Apple launched its ECG app in March 2019, which works in a similar way. Read here for a deeper comparison of the Apple Watch vs Fitbit. 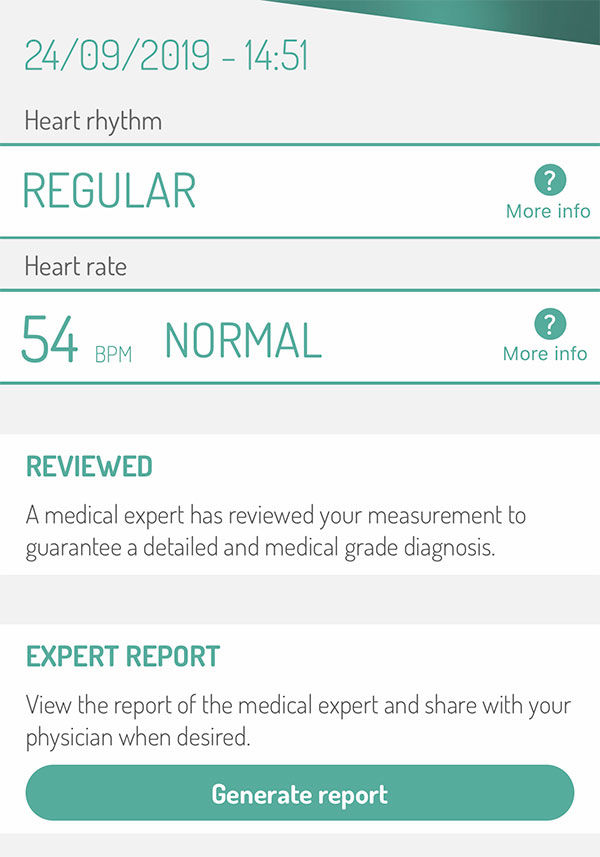 How to install FibriCheck to your Fitbit

1. Open the Fitbit app on your smartphone

2. In the Fitbit mobile app, tap your profile picture in the left upper corner and select your watch

4. Search for FibriCheck, and install the app

Full details of your heart rhythm recording are then available in the FibriCheck app, which you can download separately from the Apple App Store or Google Play.