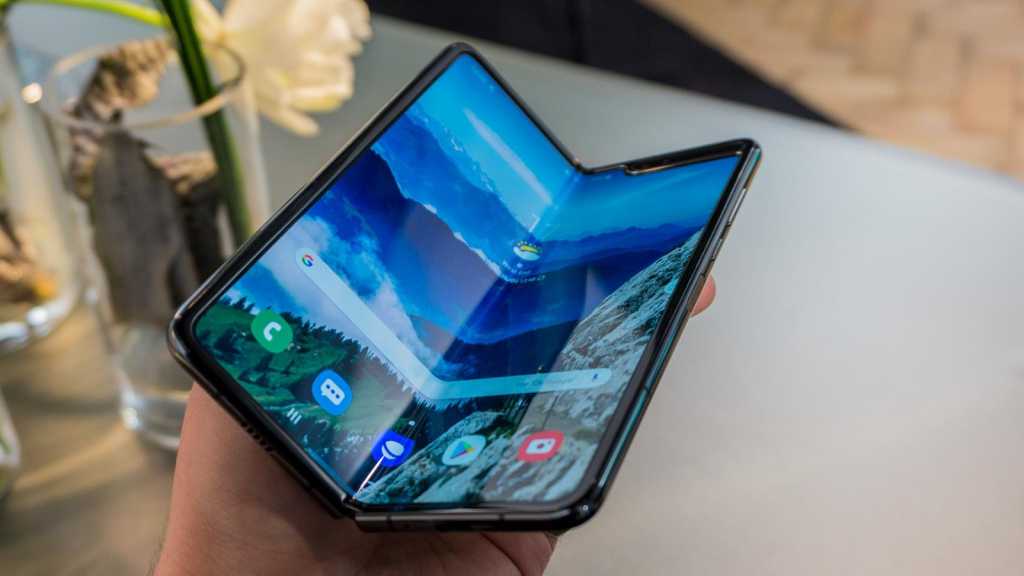 The long-delayed Samsung Galaxy Fold will go on sale in the US on 27 September. The company said that it’ll be available at select AT&T, Best Buy and Samsung Experience stores. There’s even an official concierge service called at the latter to make you feel like the unchanged $1,980 USD asking price is worth it.

But remember, the thing does fold in half, so it’s going to be expensive. There’s a 5G version as well as the regular 4G model.

While there is still no official UK release date  some in London have already got their hands on the Fold thanks to very limited numbers being available in select stores.

The first version of the Fold, which we reviewed here, was delayed after many US reviewers ended up with broken review units. Dirt caught in the hinge mechanism, while others removed what they thought was a screen protector but turned out to be an integral layer to the display.

Samsung has tucked that layer under the bezel and added T-shaped caps to the hinge to stop dirt and dust getting in there. But as this JerryRigEverything video shows, it’s not going to stop this device from being incredibly fragile. The stress test video also sees permanent marks being left on the display from fingernails. Yikes.

Again, it folds in half, so is necessarily plastic. It is amazing hardware but with compromises that don’t realistically make it a phone that you should expect to last the normal two or three years. Overall, it’s remarkable that Samsung has pushed through and got this problematic smartphone released in the first place. You’ll just need enough disposable income to warrant buying one.