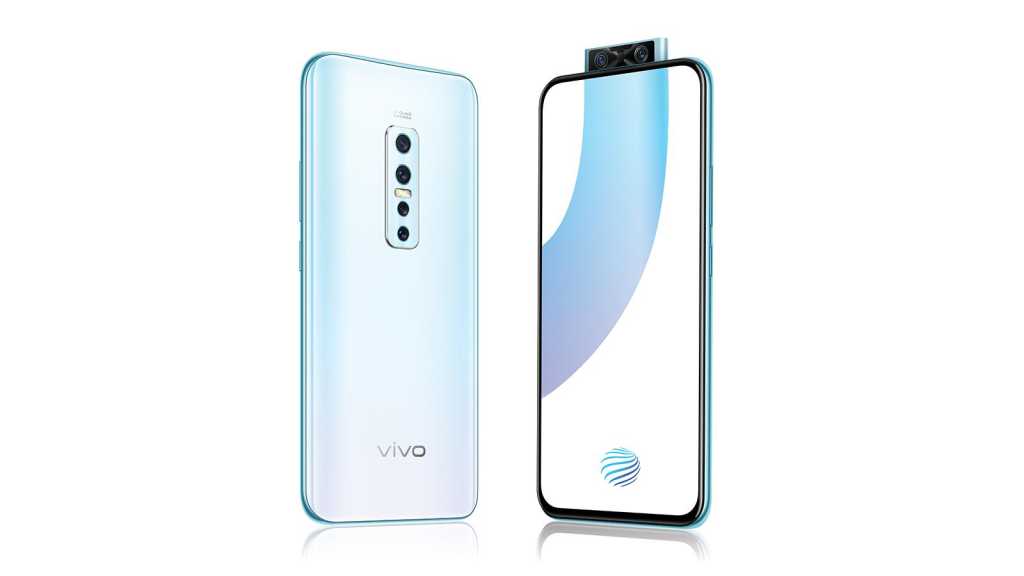 While not as eye catching as the recent high-end NEX 3, the Vivo V17 Pro has some tricks up his sleeve. Its dual pop-up cameras are the centre of an interesting design for a mid-range phone that is first launching in India.

Smartphone design has moved quickly from notches to cut-outs and now to pop-up cameras. The phone to popularise it was Oppo’s Find X, and that company’s Reno phones are going head to head with Vivo. The V17 Pro comes with the claim that it’s the first phone with dual pop-up selfie cameras, and in the Chinese and Indian markets this is a big selling point.

Nestled in between the 32Mp and 8Mp sensors is even an LED flash so it’s clear what the phone’s primary feature is. On the software side there’s a Night Selfie mode that aims to muscle in on the smartphone industry’s new propensity for night modes.

There’s a lot more to like here though with a 91% screen to body ratio, in-screen fingerprint sensor and 8GB RAM. Less good is the Android 9, with no promise of an update to Android 10. Vivo’s Funtouch OS 9.1 is not completely fun either if you’re used to western Android skins, but it’s more than passable. 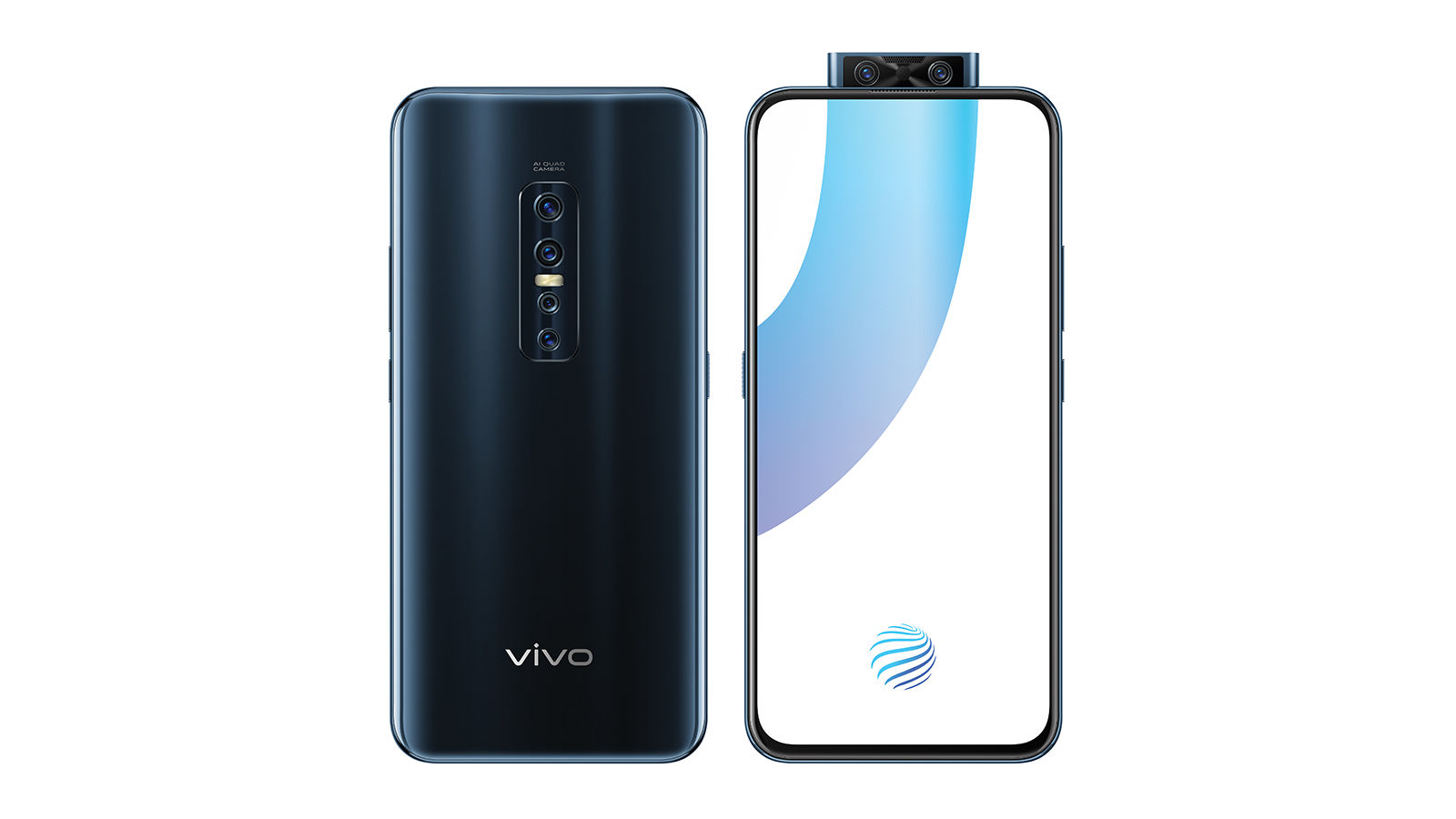 The four rear cameras are aligned vertically and add to the relative bulk of the nearly centimetre-thick device but offer a versatile shooting experience with 48Mp main, 13Mp telephoto, 8Mp wide and 2Mp depth sensor.

It’s pleasing to see USB-C make its way to a Vivo phone in this price range (the recent V15 Pro was stuck on micro-USB) but there are attractive competitors for the phone like the Redmi K20 Pro which has a Snapdragon 855 at practically the same price.

We have the V17 Pro in for review so check back to see if those six (six!) cameras are worth it.