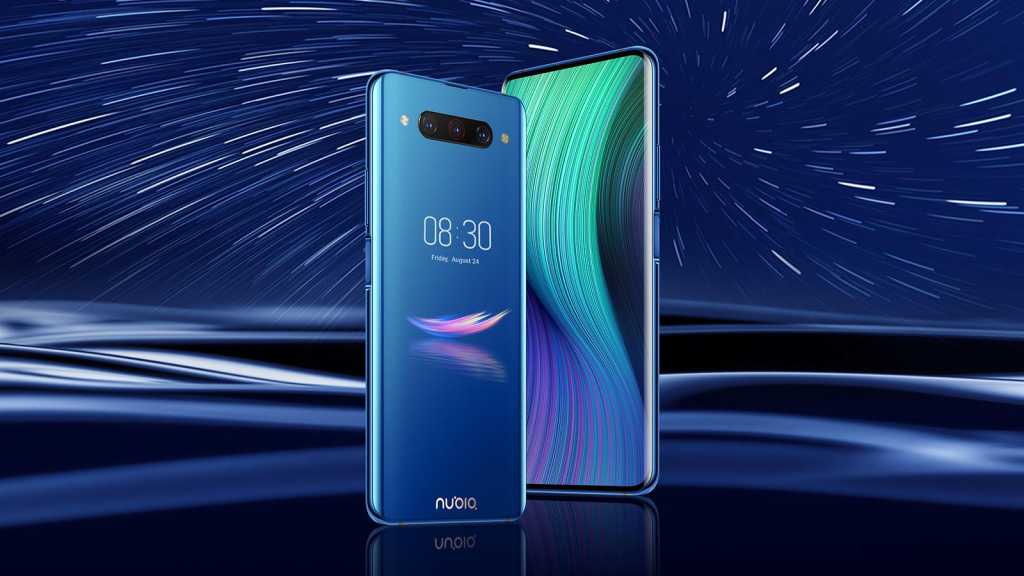 ZTE is going all-on on its Nubia sub-brand. The Nubia Z20 is a dual screen, high-end slab of weirdness that if nothing else differentiates itself from anything else out there. Already launched in China last month, it is getting an official release in the US, Canada, Europe and the UK on 14 October.

Unlike foldable phones or dual screen case phones like the LG G8X, the Nubia Z20 has an FHD+ 6.41in display and also a 5.1in display on the back. That’s the back of the phone itself, nestled under the triple rear cameras. Or the front cameras, if you’re holding it that way.

It’s reminiscent of the Vivo NEX Dual Display that we reviewed here.

Nubia itself is making roads into other niche smartphone markets with its decent Red Magic series of phones specifically aimed at gamers.

Nubia says the design of the Z20 is to let you take better quality photos and videos using higher quality cameras than is possible to put on the front of modern phones. With bezels disappearing and notches and pop ups becoming the norm, front facing cameras are not getting any better as the attention turns to the two, three or four cameras on the back of phones.

Nubia’s way around this is to also have a bezelless device but then a full extra screen for you to use when you need a selfie camera for video calls or picture taking. Those triple cameras are the in-fashion combo of main, telephoto and ultrawide, with a 48Mp main promising decent images all round. The zoom lens lets you take 3x optical zoom, though you probably won’t want to use that for selfies.

Aside from photography, Nubia says the two screens are to allow you to switch quickly between apps by running two simultaneously and then physically flipping the phone over. We’ll have to review the phone to let you know if this is easier than just switching apps on a single scree but we’re pretty sure we know the answer already.

The back display curiously has a blue light blocking coating for night use, which is Nubia implying that we take a lot of selfies at night or just adding a feature for the sake of it. You can also set the rear display to send different lighting effects for notifications.

The phone packs in the Snapdragon 855 Plus processor, 8GB RAM, 128GB storage and a 4,000mAh battery with 27W fast charger. It’ll run Android 9 out the box, not the latest Android 10. Nubia’s UI is an acquired taste for westerners, much like skins from Oppo and Vivo.

There’s no word on price yet but we expect it to be competitive given Nubia is operating in the Chinese market with phones with similar specs like the  Redmi K20 Pro sells for around $360 USD.