Alongside the Mate 30 Pro at a launch event in Germany, Huawei has also introduced the Huawei Watch GT 2 smartwatch. The next-generation wearable comes with a new processor, unrivalled battery life, all-in-one 3D glass screen, new sports modes and other improvements.

The Huawei Watch GT 2 comes in two different sizes and styles with the larger 46mm looking pretty similar to the original Watch GT. It still has a 1.39in AMOLED screen with a 454×454 resolution but also sports an all-in-one 3D glass screen for a ‘wider look and feel’.

A smaller 42mm model looks much like the Samsung Galaxy Watch Active 2 with a curved dial and thin metal frame. They will come in different colours and various strap designs.

Huawei uses its own Kirin A1 chipset which was announced at IFA 2019 alongside the flagship Kirin 990. The A1 is designed for smaller devices and offers ‘unrivalled battery life’, according to Huawei, thanks to its power consumption which is around a third of the industry average.

So with ‘daily use’ the 46mm GT 2 can manage up to two weeks, with both heart rate monitor and call notification functions on. Meanwhile the 42mm model in ‘classic mode’ can last up to a week. 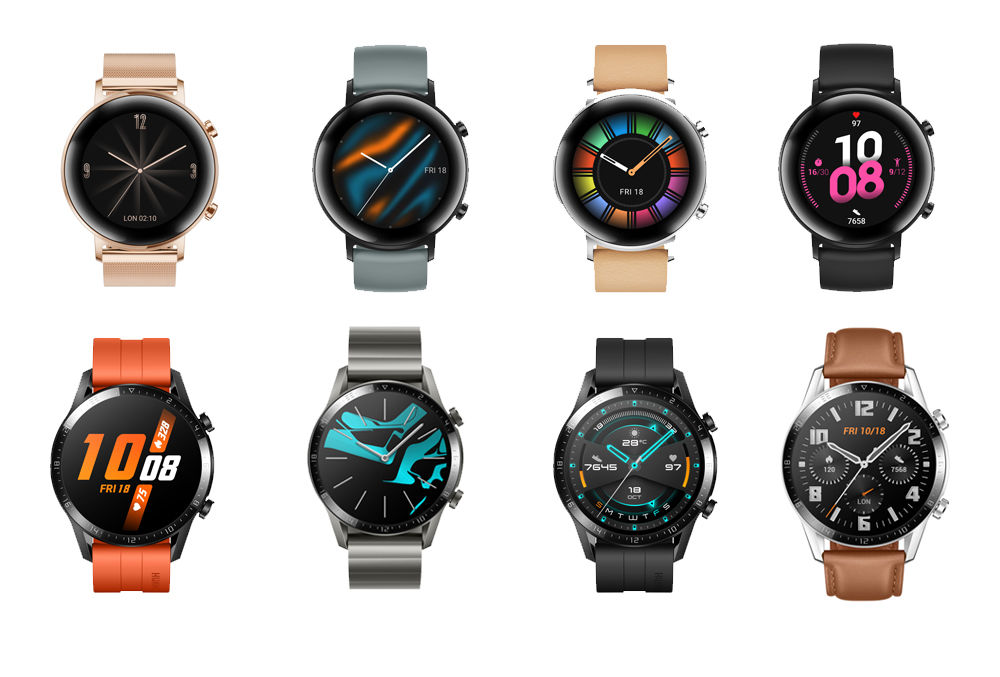 You can take calls from your phone on the GT 2 from up to 150m away and you can store up to 500 mp3 tracks on it thanks to internal storage.

There are a total of 15 sports modes, including eight outdoor and seven indoor, all of which have full-scale monitoring of almost 200 types of data.

The GT 2’s heart rate monitor will notify you if you over 100bpm or under 50pm for more than 10 minutes and there’s also TruSleep 2.0 which monitors sleep quality, real-time heart rate and sleep breathing quality.

Both will be available in October with the 42mm model priced at 229 Euro while the 46mm costs 249 Euro.