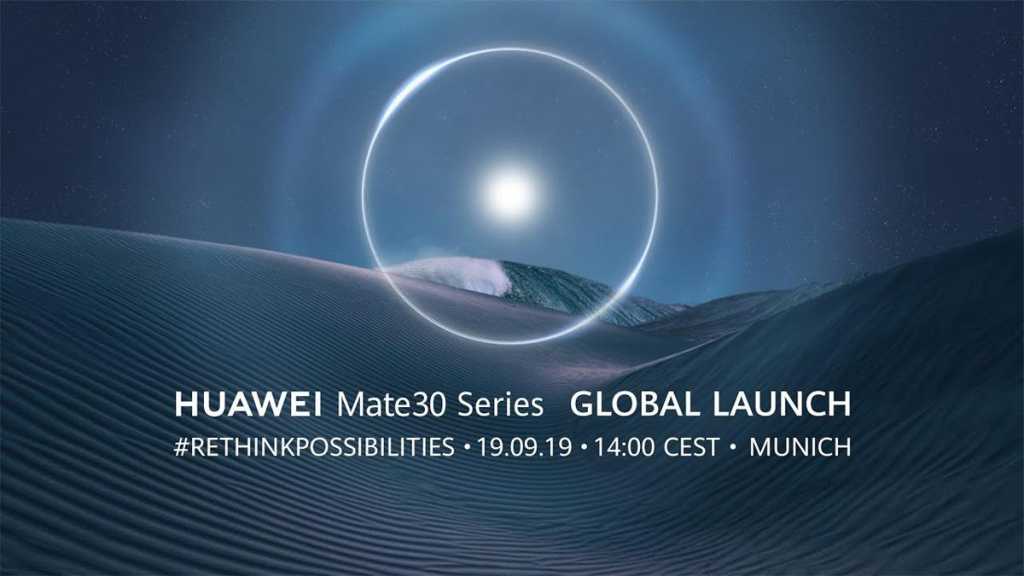 Huawei’s Mate 30 Series launch is scheduled to kick off on September 19 at 14:00 CEST (13:00 BST). The event, which is being held in Munich, Germany, is being streamed live on the company’s YouTube channel and you can tune in to follow along with everything that’s announced.

As the event’s name implies, Huawei will be launching at least two new devices as part of its Mate flagship smartphone series: the Mate 30 and the Mate 30 Pro. Based on the numerous leaks that have preceded the event, a special Porsche Design edition of the Mate 30 Pro is also expected to feature and there’s potential for a Mate 30 Lite, if previous generations of the Mate line are anything to go by, not to mention 5G functionality is likely to feature at the launch too.

One of the most recent tidbits surrounding the event suggests that Huawei may also debut its latest Android tablet family, the MediaPad M6, a new smartwatch, suspected to be the Huawei Watch GT 2, the Huawei Band 4 and possibly its first television too; suspected to run Harmony OS – the company’s new proprietary operating system.

With the ongoing block imposed on Huawei by the US government, there’s also a strong chance that the Mate 30 series won’t come with Google Play Services onboard, meaning many of the inherent default experiences that most Android users are used to, such as the Play Store, Gmail and YouTube, won’t be available out the box and might require some tech-savvy side-loading in order to function.

Check back on this article to watch the live stream as it happens and stay tuned for hands-on coverage with all of Huawei’s new wares.

Read next: Huawei Mate 30 fully leaks ahead of launch