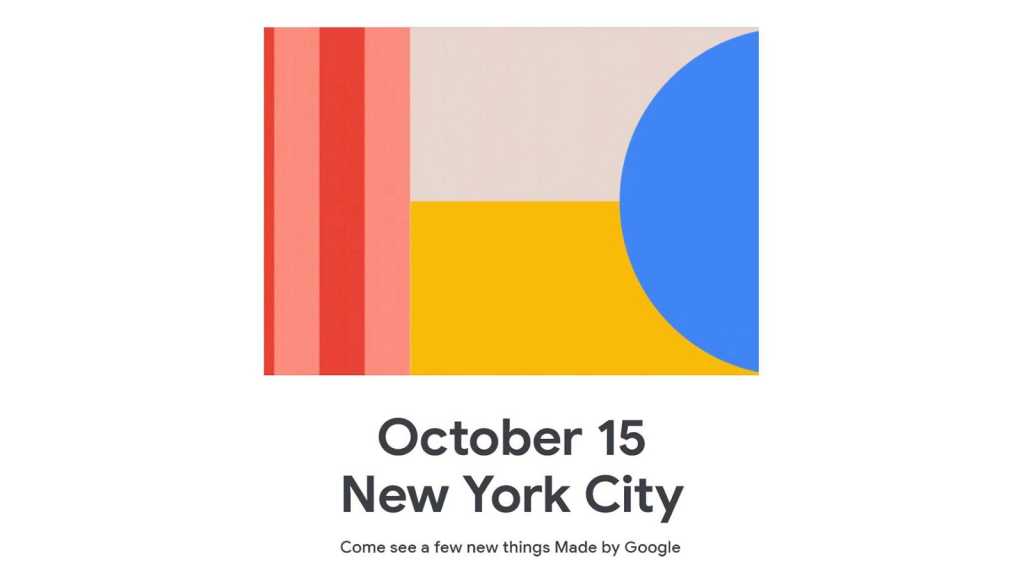 Google has sent out press invitations to a Made by Google event taking place in New York City on 15 October. The  widely leaked Pixel 4 and 4 XL will certainly be announced, but there should be more besides.

Google did try to stem the flow, or at least the attention placed on the flow, of leaks by confirming the Pixel 4 itself months ago. Bu that official drip feed of information has turned, last with the Pixel 3, into an unofficial tidal wave of leaks.

The tagline on the invitation reads “Come see a few new things Made by Google”, and we expect there to be an update to the two-year old Pixelbook at least. The US Google Store front page also promises “the new Pixel phone and connected home devices”, so expect some Google Home and Nest updates (yes, that Google Home rebrand is still confusing).

The Pixel 4 has  leaked so heavily that we know it’ll have an advanced face-based biometric system, a 90Hz display and dual cameras for the first time on a Pixel. Neither the regular or XL model have any kind of notch or cut-out either, with Google completely eschewing market trends by placing bezels at the top and bottom of the phone. They look most like the  Pixel 2 XL and will come in black, white and coral.

Google cancelled its tablet hardware division after the badly-received Pixel Slate,  so we expect the Pixelbook (which was excellent) to double down and deliver a decent 2-in-1 Google experience again.