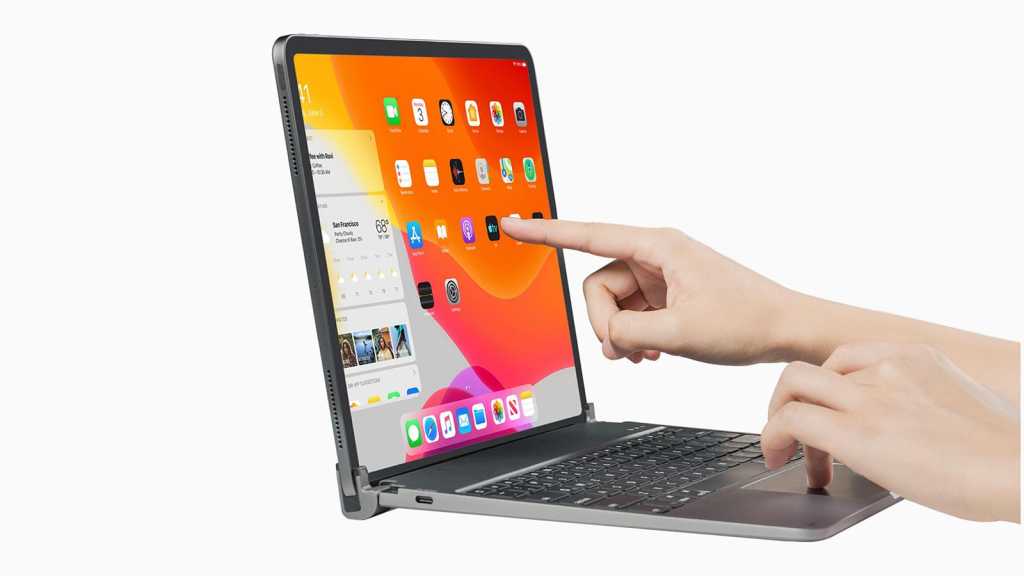 A company is about to launch 11in and 12.9in iPad Pro keyboards featuring a trackpad that it claims will successfully add a cursor to iPad OS. The  Libra keyboard Kickstarter campaign goes live on 24 September.

As you well know, until now iPads have not supported mouse input, but it will be an accessibility feature in iOS 13. Developers have shown it working on Twitter via USB input, and it also works with Apple’s Magic Trackpad.

The design is like keyboards from Brydge (very, very similar in fact) that hold the iPad Pro in hinged clips and connect to the device over Bluetooth rather than the Smart Connector. It also has a function key row like Brydge, but unlike Apple’s Smart Keyboard.

Libra claims the keyboard will be able to use a cursor and mouse setup via the trackpad, though it hasn’t made it clear how. More likely is that it will be offers gesture support like you’d find on MacBooks. To support mouse and cursor input its trackpad would have to successfully communicate over Bluetooth, which might be something Apple will try and block somehow, because Apple.

It’ll sell for $89 USD if the Kickstarter is successful and is an interesting addition to the murky world of third-party iPad keyboards. But if the functionality of the trackpad isn’t great, we’d stick with Brydge.