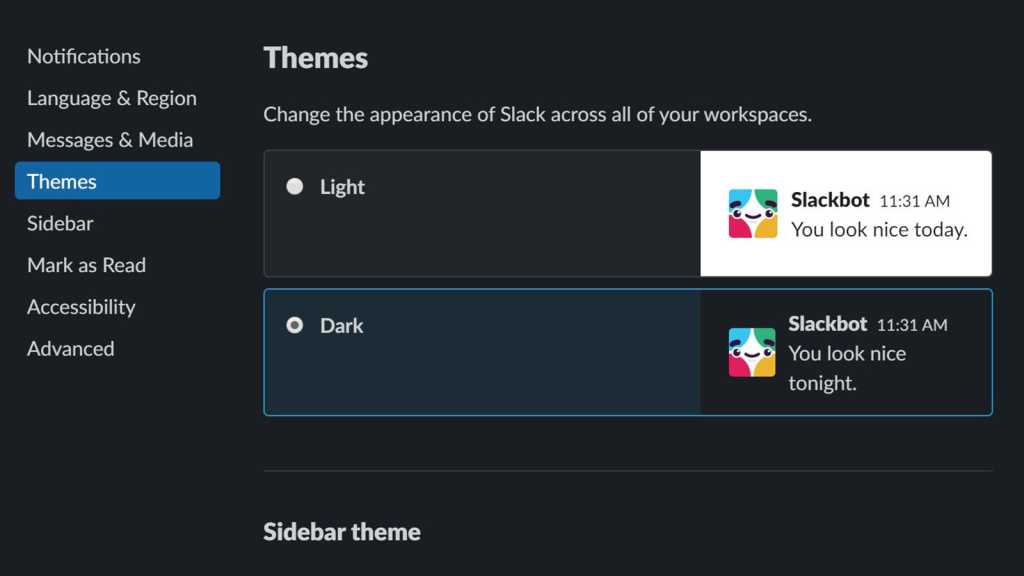 Popular workplace app Slack has updated its Windows, macOS and Linux versions to support a full dark mode. It joins the mobile app, which already had a dark mode.

Dark modes are all the rage in tech apps these days. iOS 13 and Android 10 have introduced system-wide dark modes for phones and manufacturers like Huawei and Samsung already offer it with their own software.

With the rise of OLED screens on phones dark screens are popular as they save you battery when the pixels are not lit up. On desktop and laptops, where most displays are LCD, Slack’s new dark mode won’t save battery. But it sure looks pretty.

In a blog post, Slack said, “Some want it because they work at night, or in low-light. Some need it for accessibility purposes: visual impairments, migraines or other visual disorders. Some people want it just because they want it.”

That pretty much sums it up. If not for visual or time of day reasons, some people just want it because it looks cool, which is fair, as a lot of consumer tech is based around looks, so why not software?

If you use Slack on desktop, click on your name in the sidebar then Preferences > Theme to change to dark mode. There are then eight versions that mirror the light mode, including the Star Wars-referencing Hoth theme now changed to Dagobah for its dark version.

Here’s hoping the dark mode will give you the focus of a Jedi because we all should be working when on Slack, not sending each other gifs. Ahem.