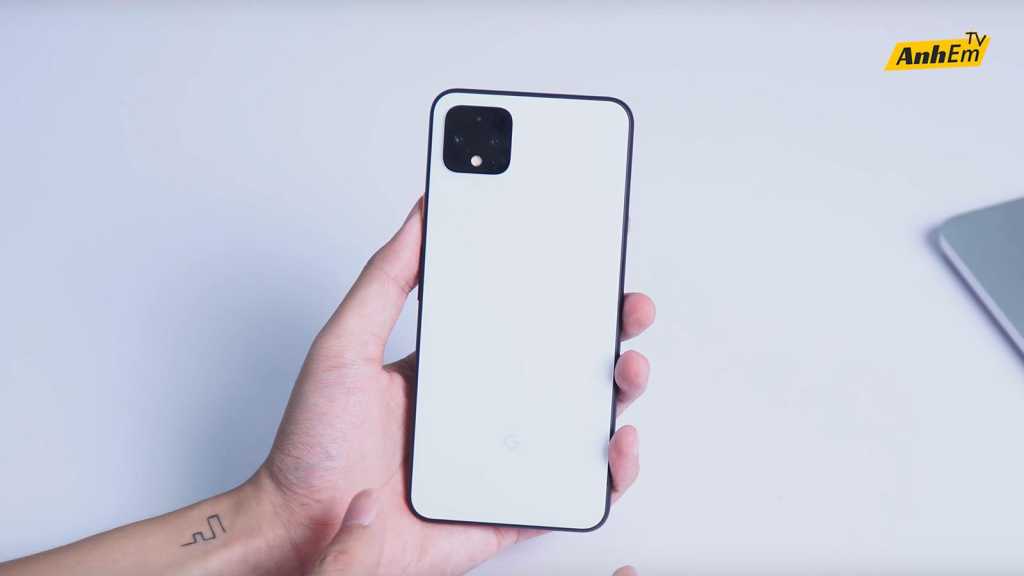 Just like last year’s extensive Pixel 3 leaks it seems the supply chain has let Google down again, with several hands-on videos appearing on YouTube that seem to show the retail version of the phone expected to launch next month.

But this is probably at least three weeks early – the big Pixel 3 leak was only three days before launch.

Three YouTubers claim to have hands-on with the Pixel 4 and 4 XL and they look pretty legit to us. There is a white model that recalls the black and white Pixel 2 XL. The one here even has the same coral power button, as shown by AnhEm TV:

The phones have all glass backs, ditching the two-tone design of the first three generations of Pixel. There are also two cameras on the rear as expected.

YouTuber Duy Thẩm seems to have snagged the same model and shows off the 90Hz display that will match the OnePlus 7 Pro, here called Smooth Display:

He also shows via a benchmark app that the phone has the Snapdragon 855 and around 6GB of RAM (5406MB at 4:32) and 110GB storage, which should work out to an advertised 128GB. As ever, we have to still take these leaks with a pinch of salt as these units may not be completely final release hardware, or even the hardware at all. But, let’s face it, they probably are given the history of Google leaks and the current rumours.

Yes, we know what you’re thinking – those bezels though. Google seems to be sticking with packing the tech into a phone that looks like a Pixel 2 XL on the front and, because of the timing of its launch, an iPhone 11 Pro on the back. But there is no notch, which you might prefer after the absolute bucket of a notch on the Pixel 3 XL.

In a third and final video leak from Rabbit TV you can see all three models of the supposed Pixel 4 in black, white and coral:

Google has itself shown images of the phone on Twitter and announced the face unlock features to try and quash the thirst for actual leaks. But given these look to be the actual devices in the hands on YouTubers the month before an official launch, it’s still bad, and shows Google does not have full control over its supply chain.