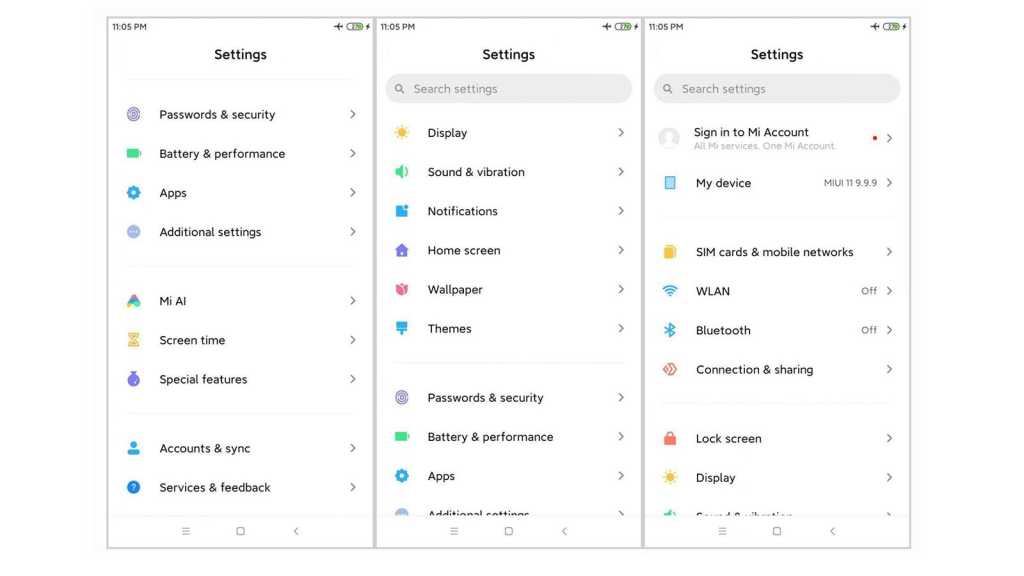 A report suggests that Xiaomi accidentally pushed its new software update for MIUI 11 out to a small number of phones. It means we can now look into what the company has changed in its latest visual update to Android.

Xiaomi makes some of the best Android phones out there, but it is only just creeping into the UK public’s consciousness. We’ve been reviewing its phones for years  after importing them, praising the premium build and performance at what is usually a price that undercuts Samsung, Huawei and Apple.

But some smartphone buyers and reviewers dislike its software skin that it puts over Android, called MIUI (me-you-eye). Xiaomi is a Chinese company and traditionally Chinese Android skins can be quite heavy in that they redesign a lot of the menus, icons, fonts and overall appearance of Android considerably.

It does depend on your tastes though, and we find MIUI more than palatable. It’s improving with every version. As you can see in the above screenshots (more here) the settings menu has seen a redesign with the icons, fonts and spacing changed. It looks like a mix of the Google Pixel’s  Android 10 and Samsung One UI to us.

The font is very similar to that of Google’s Android 10 while the navigation buttons at the bottom look very like what you get on, say, a Galaxy S10.

Like Huawei and Oppo, Xiaomi is slowly tweaking its aesthetics to western tastes to encourage growth in the UK and Europe. Flashy hardware draws the customer in, but some might be put off if the software I jarring to their eyes. MIUI 11 looks like it’ll bring Xiaomi more in line with the look and feel of more popular Android devices in Europe.