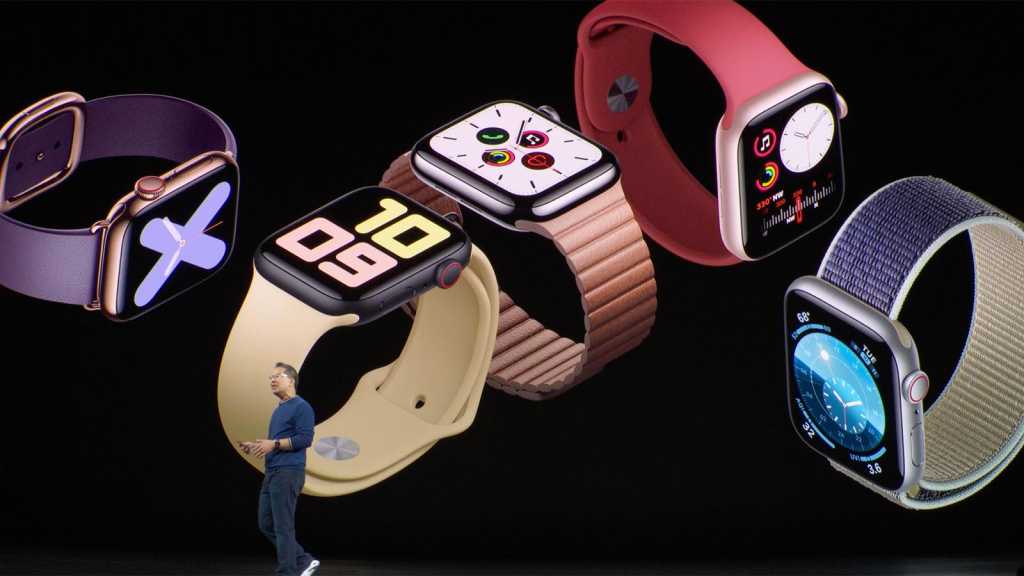 Apple announced its Apple Watch Series 5 at an event in California. Its headline feature is an always-on display, a first for the Watch but not new for the industry. The Series 5 starts at £399 / $399 for the GPS version and £499 / $499 for one with cellular connectivity. It’s available 20 September but you can pre-order from today.

The Series 5 can be easier customised when you buy it now. Apple offers it in 40mm or 44mm casing in either aluminium, titanium, stainless steel or ceramic and with umpteen strap options. You can pick and mix options online or in-store.

Always-on displays usually cane battery life to within an inch of its life but Apple claims the Series 5 still offers 18-hour ‘all day’ battery life – so you’ll still need to charge it every night. It also said its LTPO tech refreshes the display from 1Hz up to 60Hz to save power from usually battery-sapping OLED displays.

Raising your wrist or tapping the screen brightens it again. We presume you can turn off the function to save battery.

A white ceramic version and new Nike and Hermes models join the regular ones that are the same size and design as the previous Series 4. At the same time Apple has discontinued the Series 4, but will now sell the Series 3, first introduced in 2017, from £199 / $199.

Here’s everything Apple launched at the event in September 2019.