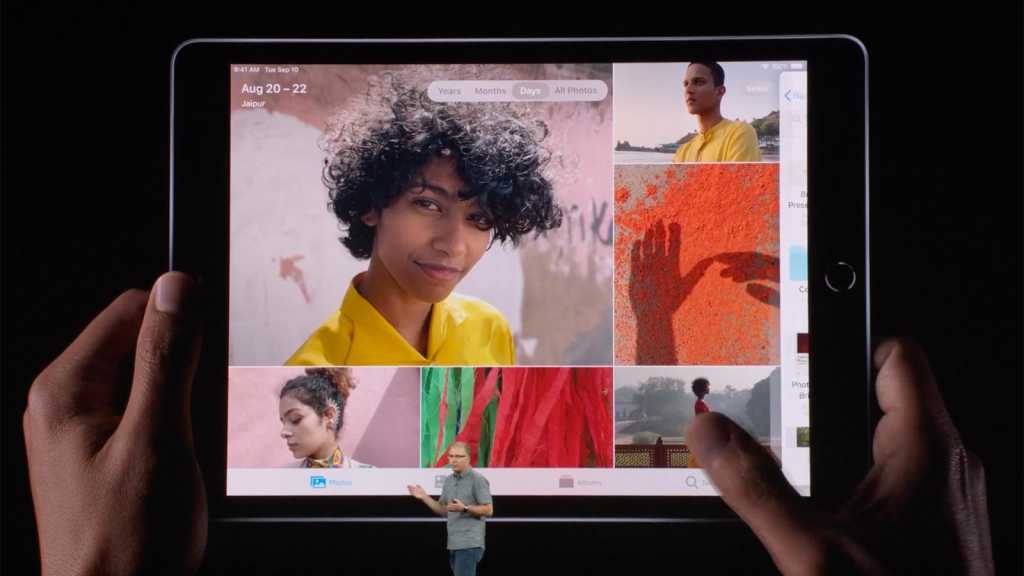 Apple announced a redesigned entry-level iPad, which it calls the 7th generation iPad. For a long time a 9.7in device, it now has a 10.2in screen and a Smart Connector to let you use Apple’s Smart Keyboard.

Like the last-gen base iPad it also works with the first-gen Apple Pencil. Pricing starts at £349 / $329 and it’s on sale from today, shipping on 30 September. It comes in space grey, silver or gold.

While it increases the display size and adds the keyboard connection, the device keeps the same A10 Fusion chip of the last iPad. It’s the same processor found in the iPhone 7, but should still prove powerful enough for the casual iPad user. Apple did not refresh its existing iPad Air or iPad Pro line.

Thanks to iOS 13 and iPadOS, Apple’s rebranding of the iPad’s specific operating system, you can now pair an Xbox One or PS4 controller with the 10.2in iPad with compatible games.

Apple promises a 10-hour battery life and claimed the tablet is 2x faster than top selling PCs in the same price bracket. Apple continues to price the cheapest iPad aggressively and realistically has no direct competitor in the tablet market at this price point.

It debatably has no tablet competitor at all given the ubiquity of the iPad line up. Every iPad Apple sells now support the first or second-generation Apple Pencil. Only the iPad mini does not have the Smart Connector for the keyboard accessory.

Some might say there are too many iPads but really, if you want an iPad, there’s enough choice for Apple to continue to dominate.