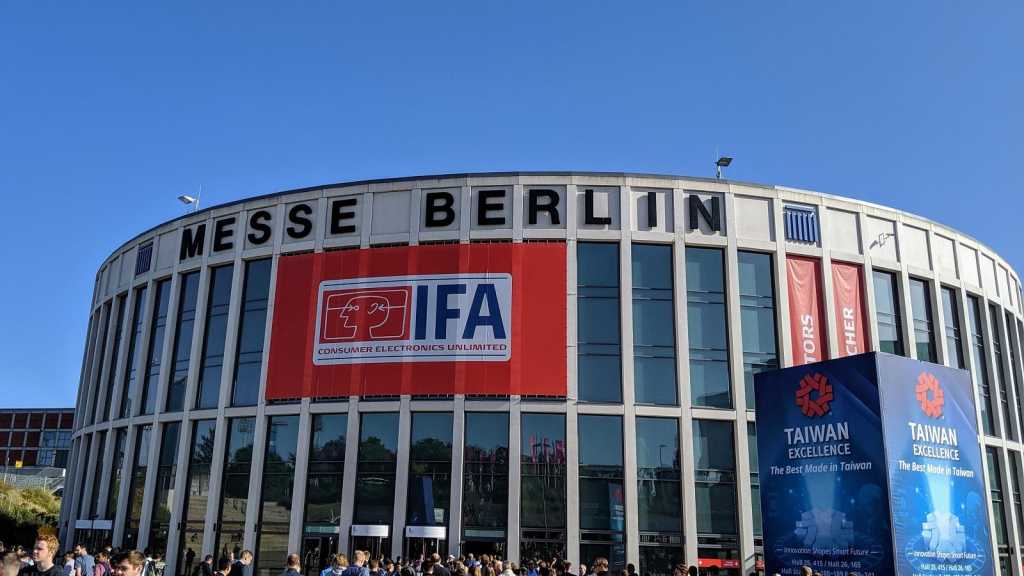 IFA 2019 has come to a close and we spent many hours treking around Berlin’s messe looking for the most exciting new tech. Here we bring you all the products worthy of our best in show awards.

Like other shows, including MWC, there’s a lot of different tech on display from smart fridges to wireless speakers. It’s a tough job but we’ve picked the kind of things we’d want to own.

A gaming laptop at just over 1.3kg that’s actually got decent amount of power? Usual that’s wishful thinking but Razer has seemingly made it possible with the new Stealth.

This 13in laptop is as sleek as you would expect from the firm, but it packs the latest 10th-gen Intel Core i7, 16GB of RAM and an Nvidia GTX 1650 graphics card.

There’s still a range of ports and the display comes in Full HD or 4K resolutions.

This is the Sonos speaker we’ve been waiting many years for. It finally adds something that’s portable into the range, making it possible to take Sonos into the garden. Not only that, it’s Bluetooth so it can go anywhere with you.

The Move has the classic Sonos design with a few additions to make it suitable for outdoor use including a handle, IP56 rating for dust and water resistance, plus a silicone base.

Sonos has also had to incoporate clever technology so the Move sounds good wherever you put it. So an accelerometer knows when it’s been placed in a new position so it can use True Play to tune the sound to a new environment.

Ok so this is the second launch for Samsung’s folding smartphone but the firm has come back with a new and improved version following some problems.

This sort of 2.0 edition comes with a reinforced and redesigned hinge which is stronger and plugs holes that didn’t need to be there anyway. Samsung has hidden away the peelable layer that everyone peeled away so it’s now tucked under the front bezel.

It still needs to prove itself in the real world but we’re much more confident about the Fold now.

Despite being threatened by the tablet, laptops are not going anywhere soon. Acer has a serious contender to take on the likes of Dell and HP here with the Swift 5.

This latest edition comes with a sleek design which Acer says is the world’s lightest 14in laptop at 990g. Inside has some powerful components including 10th-gen Intel processor and Nvidia MX250 graphics.

Although it’s thin and light, the Swift 5 still comes with a decent selection of ports as well as other features like a fingerprint scanner.

We loved the original and this second-generation of the ROG Phone looks like it could well be the best gaming phone you can buy.

Asus has combined the Zenfone 6’s strong camera with over-the-top specs and a wealth of gaming add-ons to create something quite special.

This best has a 6.59in AMOLED screen, Snapdragon 855 Plus processor, 12GB of RAM and up to 1TB of storage. There are also a load of accessories you can use it with.

Audio is normally a sidenote for Huawei but the FreeBuds 3 were the big product launch at IFA this year alongside the Kirin 990 processor.

Well they’re quite small actually and will take on wireless earbuds like the AirPods 2. Huawei says they are the best in the world though.

Partly due to active noise cancelling but also additional features such as mic ducts for clearer calls and 20+ hours of battery life.

Best in Show: Motorola One Zoom

For under £400 there’s a lot going on with the One Zoom, Motorola’s series of tempting mid-range phones.

As the name suggests, the Zoom is about photography and comes with no less than four rear cameras including a 48Mp regular sensor along with ultra-wide, telephoto and depth lenses.

The Zoom comes with a 25Mp front facing selfie camera and has a large 6.39in OLED display.

Read our Motorola One Zoom review.

This is the second version of the Cube even though it looks the same as the first model but we never got that in the UK.

Amazon’s revamped streamer has a hexa-core processor and supports Dolby Vison, HDR10+ and 4K Ultra HD content streaming. It’s als the first Fire TV device in the UK to feature far-field voice recognition so you can use Alexa without the remote.

It’s also got a speaker in it too so what’s not to like?

It might not look obvious from the front with no logo, but this is Fossil’s first collaboration with Puma.

As you can imagine, it’s a sporty smartwatch and like other Fossil’s it’s powered by Google’s Wear OS software. It’s also got Qualcomm’s Snapdragon 3100 processor.

It’s available in a range of colours, is extremely lightweight and has features great for various sports including GPS and a heart rate monitor. We also like the rotating crown which allows you to navigate the interface.

This isn’t the kind of laptop we’d normally look at on TA, leaving it to our colleagues on Digital Arts, but this is the most powerful laptop in the world.

Hidden away is is an Nvidia Quadro RTX 6000 graphics card (with 24GB of GDDR6 VRAM), and  the latest Intel Core i9 processor. It’s the first laptop to feature both.

Asus has also gone for an eye-catching design and a 15.6in LED-backlit display that has 100% of AdobeRGB and an Ultra HD resolution.