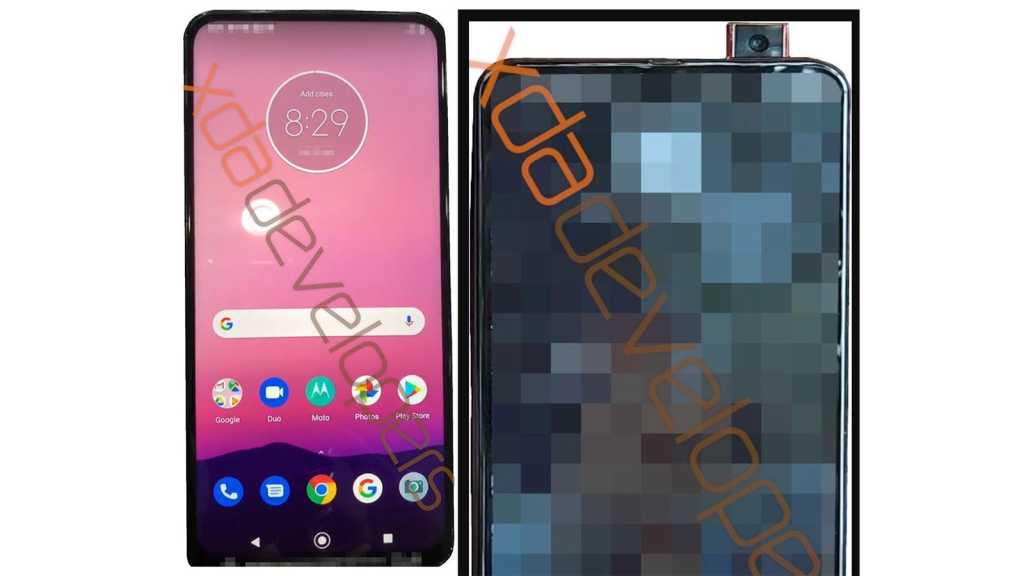 The Lenovo-owned Motorola is a persistent beast. It releases new Moto phones almost monthly, though not all models are released in every region. Perhaps we are spoiled in the UK by usually getting all of them.

Just after the new Motorola One Zoom launched at IFA 2019, another new model has leaked online (via  XDA Developers). This time it looks like the next Motorola phone will be one with a pop-up camera, the 2019 way to stop a phone having either big bezels or any kind of notch.

So far Motorola has gone for the teardrop or iPhone X style notch to get round not having bezels, but this leak shows a OnePlus 7 Pro-esque pop-up camera. This might mean that the phone is a little pricier given the mechanical parts necessary for the feature to work, though phones like the Redmi K20 Pro prove that manufacturers can include it and not charge the earth.

The phone looks like it’ll have Motorola’s close-to-stock Android skin. The company usually puts Android One on its One line of phones, but confusingly the previously mentioned One Zoom does not run Android One, so now it’s anyone’s guess.

The leak doesn’t give too much away given the sketchiness of the photos, but it might include an in-screen fingerprint sensor and face unlock with that pop-up. No doubt the name of the phone will be revealed soon as the never-ending Moto train rolls on.