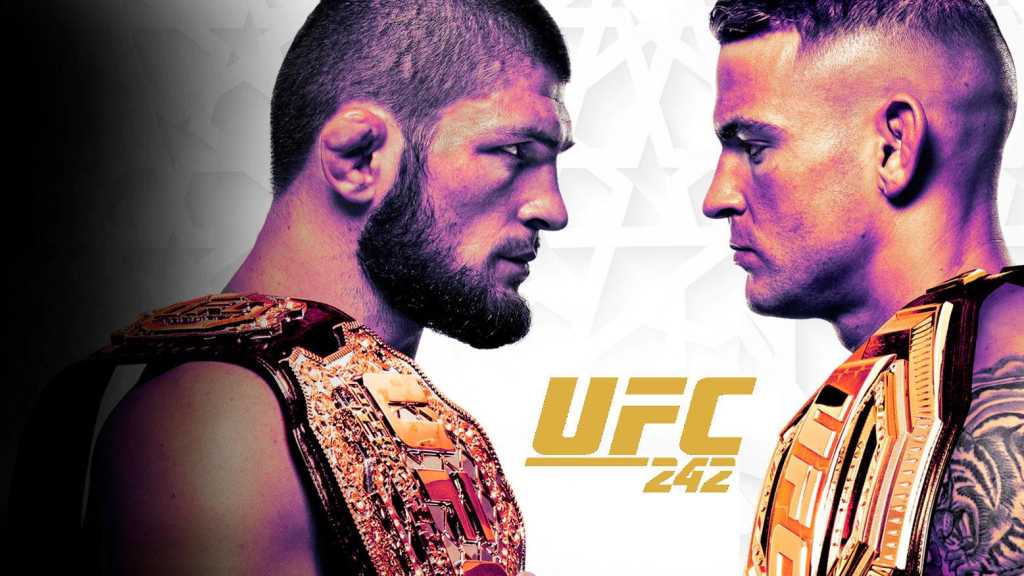 Cancel your plans for the weekend: American Dustin Poirier will take on the undefeated Russian, Khabib Nurmagomedov in UFC 242. This is a fight that should not be missed. Poirier is the interim UFC Lightweight title holder and Khabib will want to defend his Championship belt.

He’s back in action after a nine-month suspension following a post-fight brawl at UFC 229. Poirier last fought in April, dominating Max Holloway to win that interim belt. Khabib also fought Holloway last year in in UFC 223.

The UFC 242 event is taking place in Abu Dhabi on Yas Island and as well as the main event, it will also see Barboza vs Felder (a rematch with the latter looking to see a reversal of his loss last time around) and Ramos vs Makhachev.

Here are all the fights on the main card:

How to watch Khabib vs Poirier in the UK

Being a pay-per-view event, you can’t watch a stream for free. UK viewers can catch the fight on BT Sport Box Office at a cost of £19.95. Coverage starts at 5pm.

BT Sport is available on BT TV, Sky and Virgin, or you can download the BT Sport app or watch online on a PC or Mac.

If you’re with EE, 02 or Three, you can charge the fight to your phone bill.

How to watch Khabib vs Poirier in the US

Unfortunately UFC 242 isn’t available to those with a  UFC Fight Pass because it’s a pay-per-view event. You can watch via ESPN+. That’s a subscription service which costs $4.99 per month, but there’s a trial for new users.

You still have to pay on top of this for UFC 242, and if you’re going to watch more than just this event, it makes much more sense to get the  UFC Bundle which gives you access to UFC 242 and ESPN+ for a whole year for $79.99, which is 25 percent off the usual price.

How to watch UFC 242 if you’re abroad

Thanks to VPN services, you can still watch Khabib vs Poirier via the pay-per-view options we’ve outlined even if you’re not in your home country this weekend.

All you have to do is run the VPN app on whichever device you want to watch the fight and pick a server in your country.

All VPNs have UK and US servers, with most offering servers in scores if not hundreds of countries.

Having reviewed many VPN services, we can confidently say that you can sign up to any of the following and you’ll be very happy:

Ivacy is offering 20 percent off all subscriptions (except one month) for UFC fans: enter the coupon code UFC20 at the checkout to get the discount.