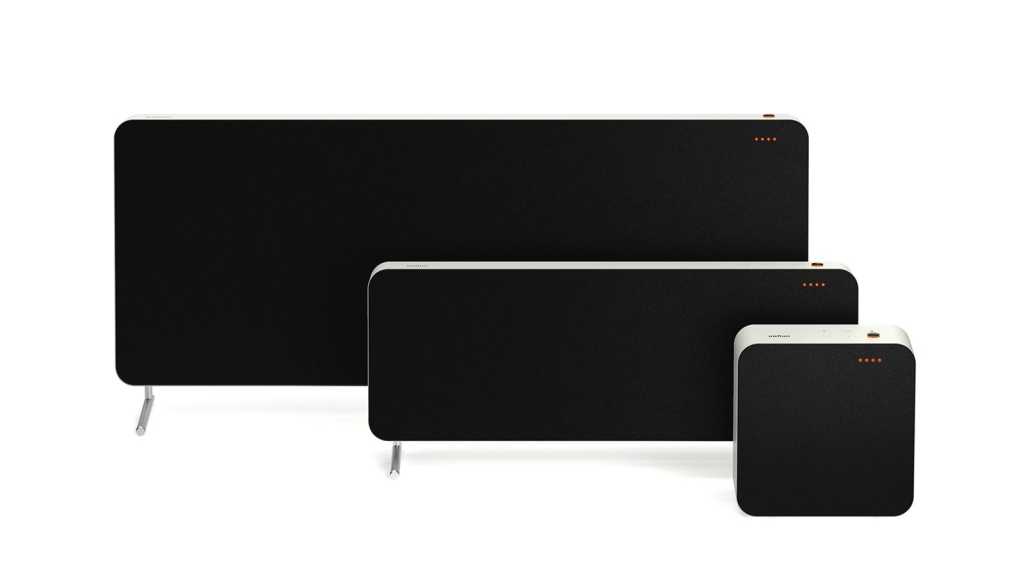 Braun, the company famous for looking after your teeth, has decided to properly get back into the audio game. At IFA 2019 Braun Audio launched three new wireless speakers starting from £349/€379/$379.

The design of the three speakers is based on its LE range  from 1959 that look very Bauhuas and were designed by the legendary Dieter Rahms, a designer so influential that you can see his fingerprints all over Apple’s design aesthetic.

The new Braun models are more rounded and are called the LE01, LE02 and LE03. The LE03 is a small box shape while the larger LE01 and LE02 look similar with restrained black and white design with metal feet.

All three have Chromecast and AirPlay 2 built in so you can use pretty much any streaming service you want from any device. Much like the Google Home Max, the LE01 and LE02 can be linked wirelessly and stood up in portrait orientation for stereo pairing, though this will require separate floor stands or wall mounts.

A companion Braun Audio app lets you fine tune the speakers to their surroundings and to your tastes.

It’s not like the world needed another mid-to-high-end range of wireless speakers but we like the slick plain design of these Braun efforts, and it’s cool to see the company doing something new.