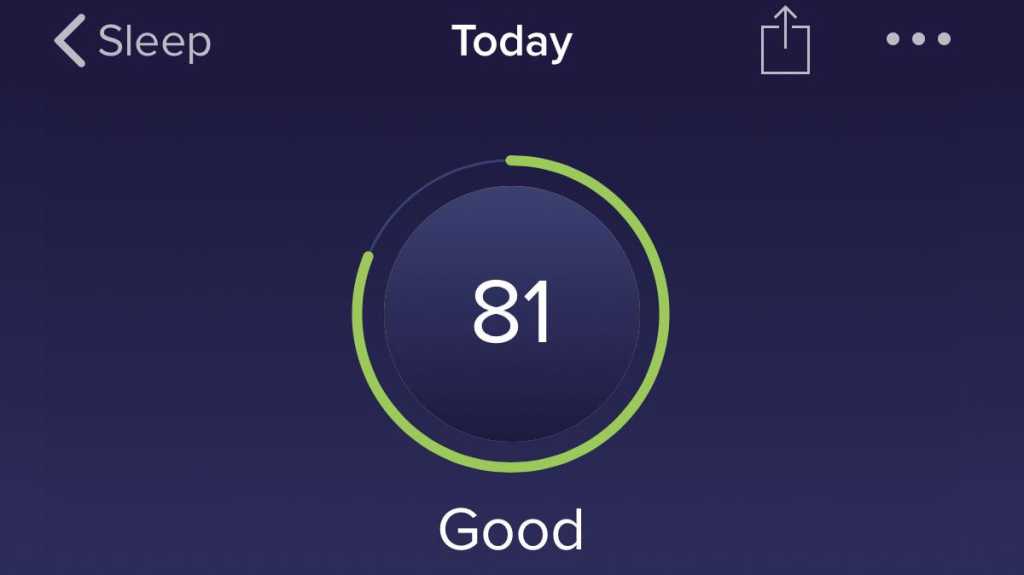 Fitbit has started rolling out its new personalised Sleep Score feature, which is based on heart rate, time asleep, restlessness and breathing.

What’s the first thing Fitbit users do when they wake up? There’s little point checking how many steps you took getting up for a pee at 3am. For many, the first waking visit to the app is to check the quality of their sleep.

Fitbit’s sleep measurements are one of the standout health benefits available in the Fitbit app. Users with a heart-rate-monitor Fitbit can see not just how long they slept, but examine its quality too. Fitbit measures how much Light, Deep and REM sleep you get in its Sleep Stages metrics. They are so addictive they could keep you up at night!

Now Fitbit has added a score to your nightly sleep – or whenever you go to bed.

The feature now looks like it is live for most users (who use a heart-rate-enabled tracker), but some might need to update to the latest version to see their Sleep Score appear. 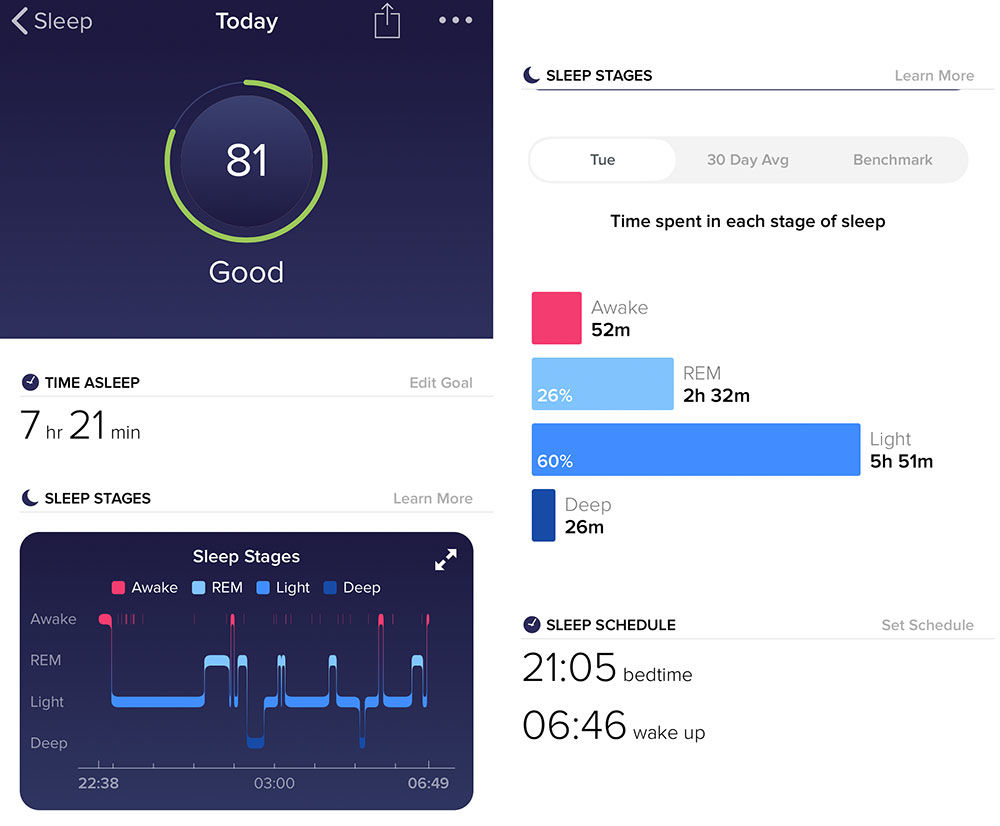 Fitbit says, ominously, that to see “additional details, including your sleeping heart rate”, you will need to purchase a Fitbit Premium subscription that is “coming soon”). Previously, Fitbit Premium has been based on extras for Fitbit Coach workouts.

Fitbit says that its sleep score helps you see trends in your sleep patterns. It requires a Fitbit tracker that measures your heart rate, such as the Inspire HR, Charge 3, Versa and Ionic.

Adding a scaore simplifies what might be too much information for some Fitbit users. Sleep Stages data is quite rich, hence simplifying it to a score out of 100 while keeping the advanced data for those who want to know more.

To find the best Fitbit for you, read our roundup of all the Fitbit trackers and recommendations. 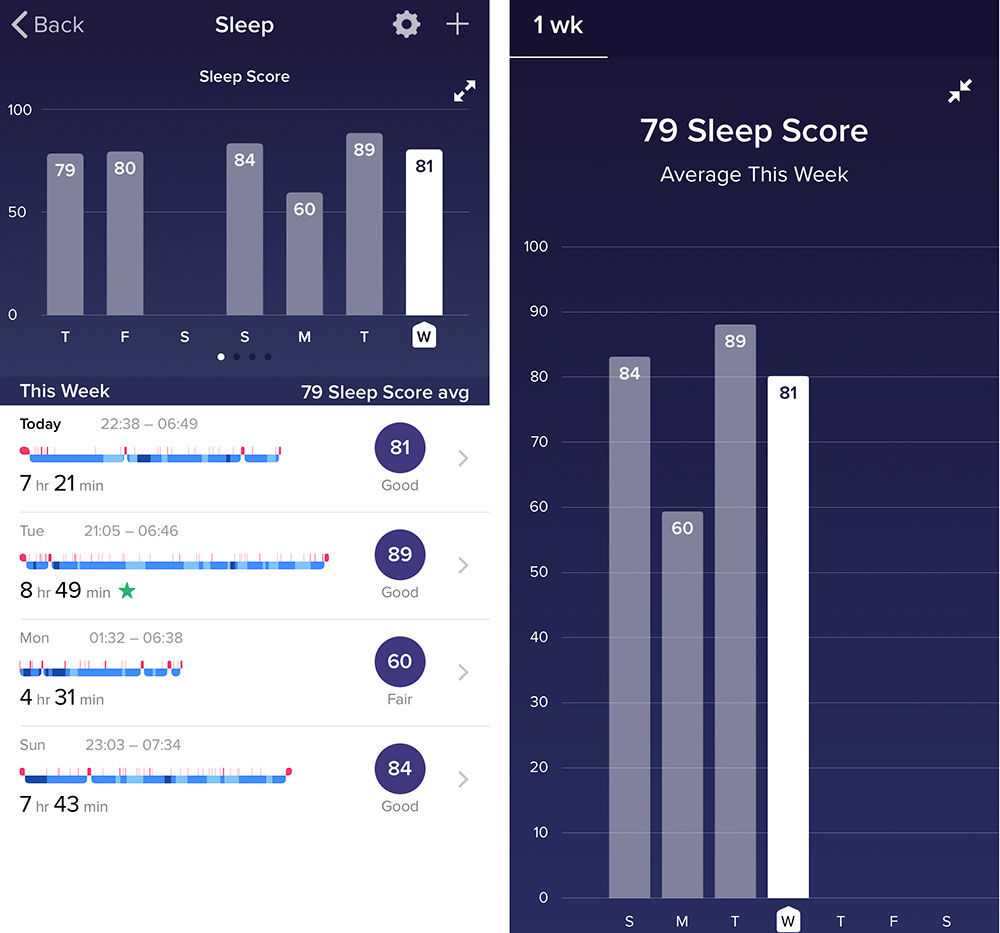 Sleep Score is based on your heart rate, the time you spend awake or restless, and your sleep stages.

It is a sum of your individual scores in sleep duration (the more you sleep, the better your score), sleep quality (get enough Deep and REM sleep), and restoration (if your sleeping heart rate is lower than daytime resting, and restlessness showing how relaxed you were during sleep), for a total score of up to 100. The average score is between 72 and 83.

Fitbit offers advice on improving your sleep score; including exercising earlier in the day or at least 3 to 4 hours before you go to sleep, maintaining a consistent sleep schedule, and achieving at least 150 active minutes per week.

Sleep affects your health, even when you’re awake

Sleep is now recognised as one of the most important parts of human health. Short sleep duration is one of the strongest risk factors for obesity, for instance.

It is also important for various aspects of brain function, such as cognition, concentration, productivity and performance. And studies have found that people who don’t get enough sleep are at far greater risk of heart disease or stroke than those who sleep between 7 and 8 hours a night.

Poor sleep affects the immune system, can cause symptoms of pre-diabetes, and has been linked to depression.