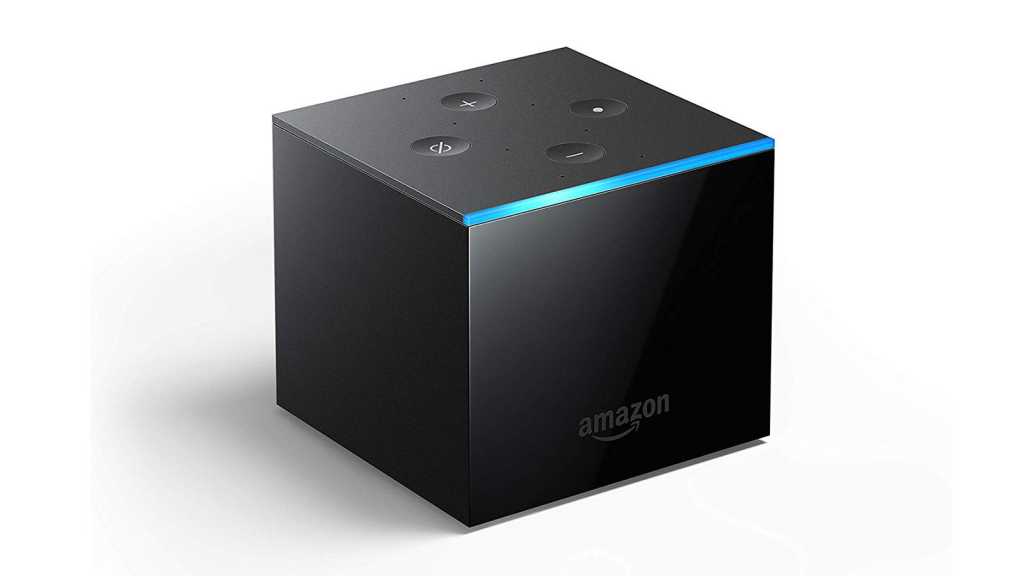 Amazon used the IFA tech show in Berlin to launch its latest streaming hardware, the Fire TV Cube. It also unveiled a partnership with JVC to bring built-in Fire TV software to a new generation of televisions – no Fire TV hardware needed.

That’s a lot of Fire. The Fire TV Cube has been rumoured for a while and is the most premium version of Amazon’s Fire TV hardware to date at  £109.99 /  $119.99. It ships in October, has a hexa-core processor and supports Dolby Vison and 4K Ultra HD content streaming.

Additionally it is the first Fire TV in the UK to have far-field voice recognition, letting you ask Amazon’s Alexa voice assistant to play certain programmes or films. On other Alexa devices you need to speak into a mic on a remote, but with the Cube you just ask it to the room as you might a smart speaker.

“We believe voice is the most natural user interface and will fundamentally change the way people interact with technology. “Amazon Fire TV Cube uses the Alexa voice service, which will make it easier for customers to control their entertainment experience,” said Eric Saarnio, Head of Amazon Devices EU. Whether or not many people will consider it worth the extra spend to not use a remote for Alexa is debatable – the Fire TV Stick 4K with most of the same features is less than half the price of the Cube.

Amazon claims you can say things such as “Alexa, watch The Crown on Netflix” and it’ll play. It probably will as this is an example command, but in our experience with Alexa on the Fire TV it can pretty temperamental and also prefers pushing you to Amazon Prime Video. We were directed to Prime Video with an additional viewing fee even when the film was free to watch with our Netflix subscription.

Whether or not this is Amazon being sneaky or simply an interface issue is unclear. Either way, we personally find it easier to not use Alexa at all when there are issues like that.

If you’re sold on it though then you might want to buy a TV that has it built-in rather than have a Fire TV product. Now you will be able to thanks to Amazon’s partnership with TV maker JVC in the UK. It’s only a step away from Amazon branded TVs, but even Amazon isn’t going to burn its bridges quite yet. If it made its own TVs it’d alienate competitors upon whom Amazon currently relies people buying, and then adding Fire TV Sticks to.

This partnership with JVC hints it is slowly creeping into the TV hardware space, albeit gently. The LED TVs will be sold through Amazon and Currys PC World in the UK in 40in, 49in and 55in versions starting at £349.99.

The Fire TV soundbar might be the more interesting product here though. At £179.99 it is just that – a soundbar with Fire TV and Alexa built-in. Many people already have a TV they’re happy with, and if they want better sound and Fire TV then this is a good upgrade and not much more than the Fire TV Cube.

Amazon really is taking over the world isn’t it? One living room at a time.