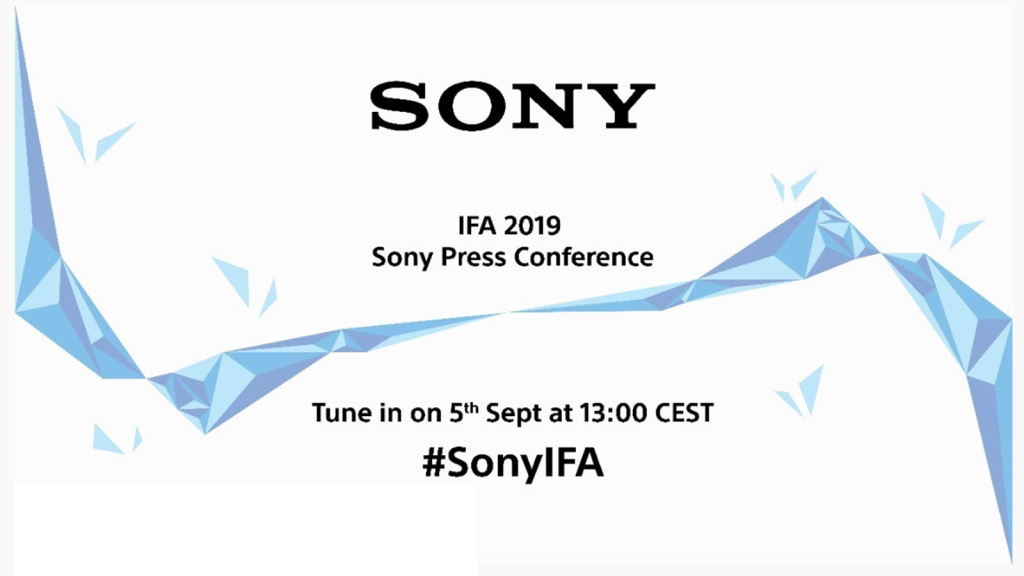 What will Sony announce at IFA 2019 today? Traditionally we’d expect to see a new flagship smartphone, and though there have been rumours of an  Xperia 2 (plus a mid-range Xperia 20), this has definitely been a closely guarded secret by those in the know.

It’s notable that we’ve seen or heard nothing from the company in respect to two of the hottest new trends in the mobile space: 5G and foldable designs. Sony could be about to pull it out the bag.

The little we do know of the fabled Xperia 2 does indeed suggest it could include a 5G modem, but we’re not expecting any major design changes bar a potentially smaller screen.

Early concepts have revealed what is a comparatively chunky top bezel, with Sony refraining from utilising any recent methods for tucking away the selfie camera and increasing the screen-to-body ratio (for example a waterdrop notch, punch-hole cutout or pop-up selfie camera).

We’d also expect some audio announcements from Sony, potentially a new pair of earbuds, and a new TV wouldn’t come as a shock. We have reporters at IFA and will be covering the announcements live.

How to watch the Sony IFA 2019 live stream

We’ve made tuning into Sony’s IFA announcements as simple as possible by embedding the live stream at the top of this article. If you can’t see it you may need to disable your ad blocker, which is possible by right-clicking its icon at the top of your web browser and choosing ‘Pause on this site’.

The event is held in Berlin at 1pm today (5 September), which here in the UK is 12 noon.