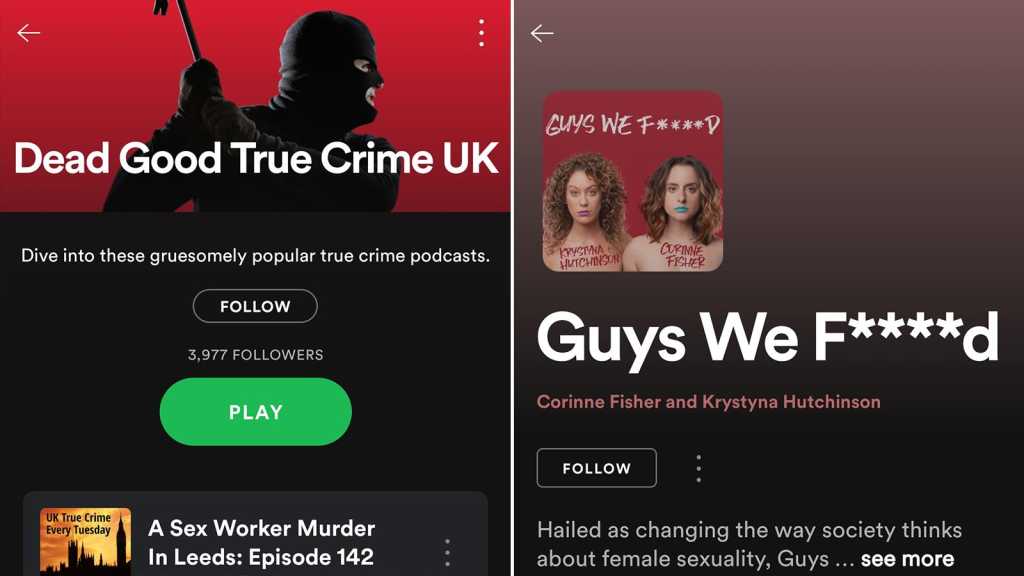 Spotify has started rolling out its new Premium Family plan that ups the number of separate accounts you can get for the £14.99/$14.99 fee to six – a long as your family members live with you and can prove it (using Google Maps).

The update also gives you Parental Controls, which enables the owner of the account to block access to ‘Explicit’ content. However, we’ve noticed that many episodes of true crime and dating podcasts aren’t labelled as explicit, when they include detailed descriptions of murder or sex.

Parental Controls are designed to help filter out songs with explicit lyrics so you set up accounts for each of your children, where they can have their own libraries and find music and podcast recommendations that fit with their tastes – and so your own library isn’t filled with Disney soundtracks (or you can’t blame the kids for this anymore).

Turning on Parental Controls is done using a single switch within each account that you set in main account on the Spotify website. It’s either on or off, with no further control. 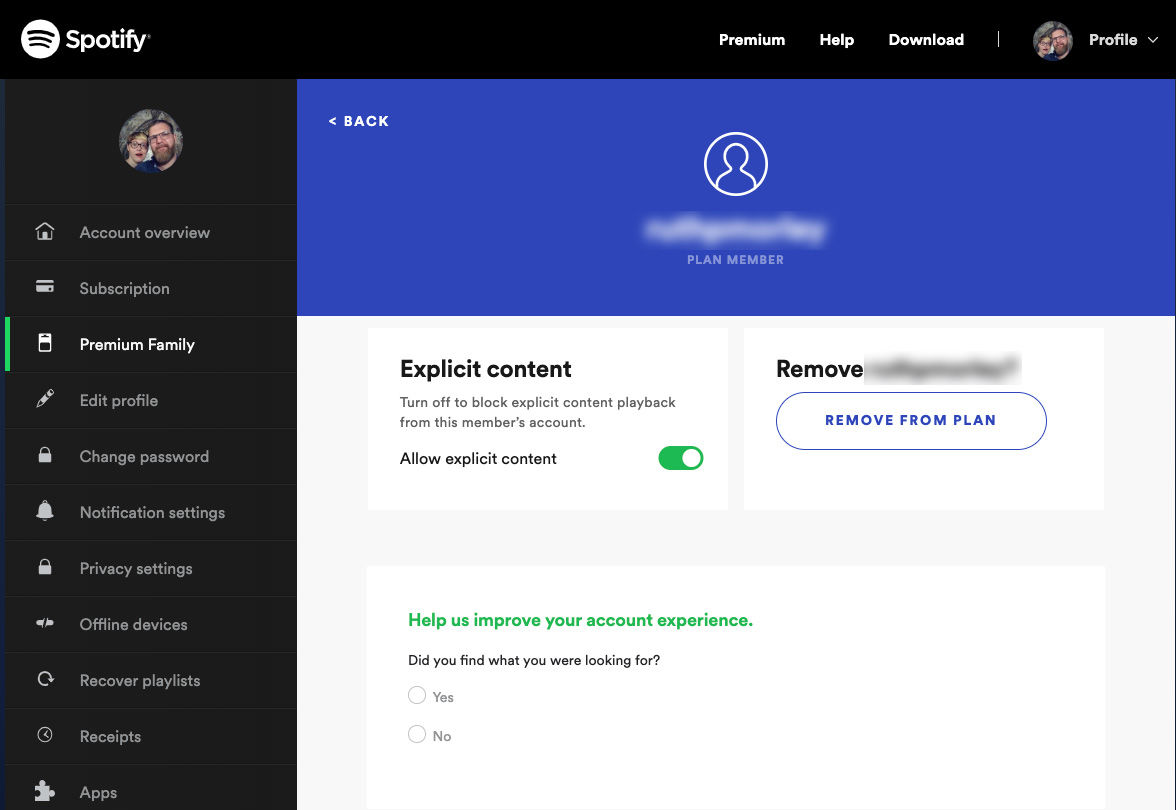 In our investigations, we found that this worked well for songs with swearing and explicitly violent or sexual words. You still get songs with that are inherently about sex and/or violence – but so does the radio. You just have to hope your children miss the meaning, that they think the song really is all about the bass.

However, this approach of whether it has ‘bad words’ doesn’t work for podcasts, especially where the medical, law-enforcement-esque language of many true crime podcasts may not qualify as ‘explicit’.

So children can still access Episode 85 of Morbid, where a look at the BTK Killer in which the description includes warning that the episode has a description of the murder of two children. 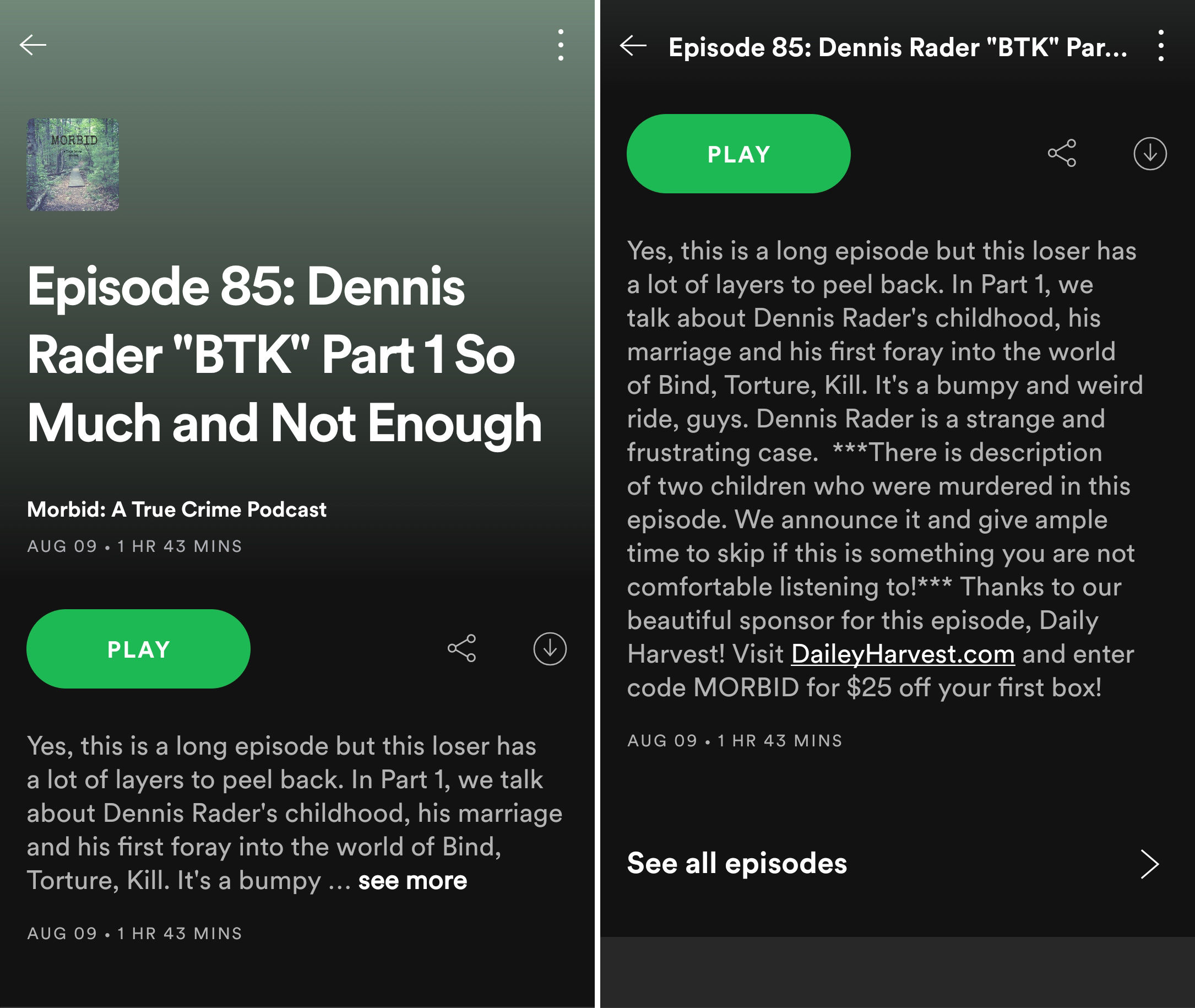 Also accessible are podcasts that mix history and crime like Unexplained and Lore. 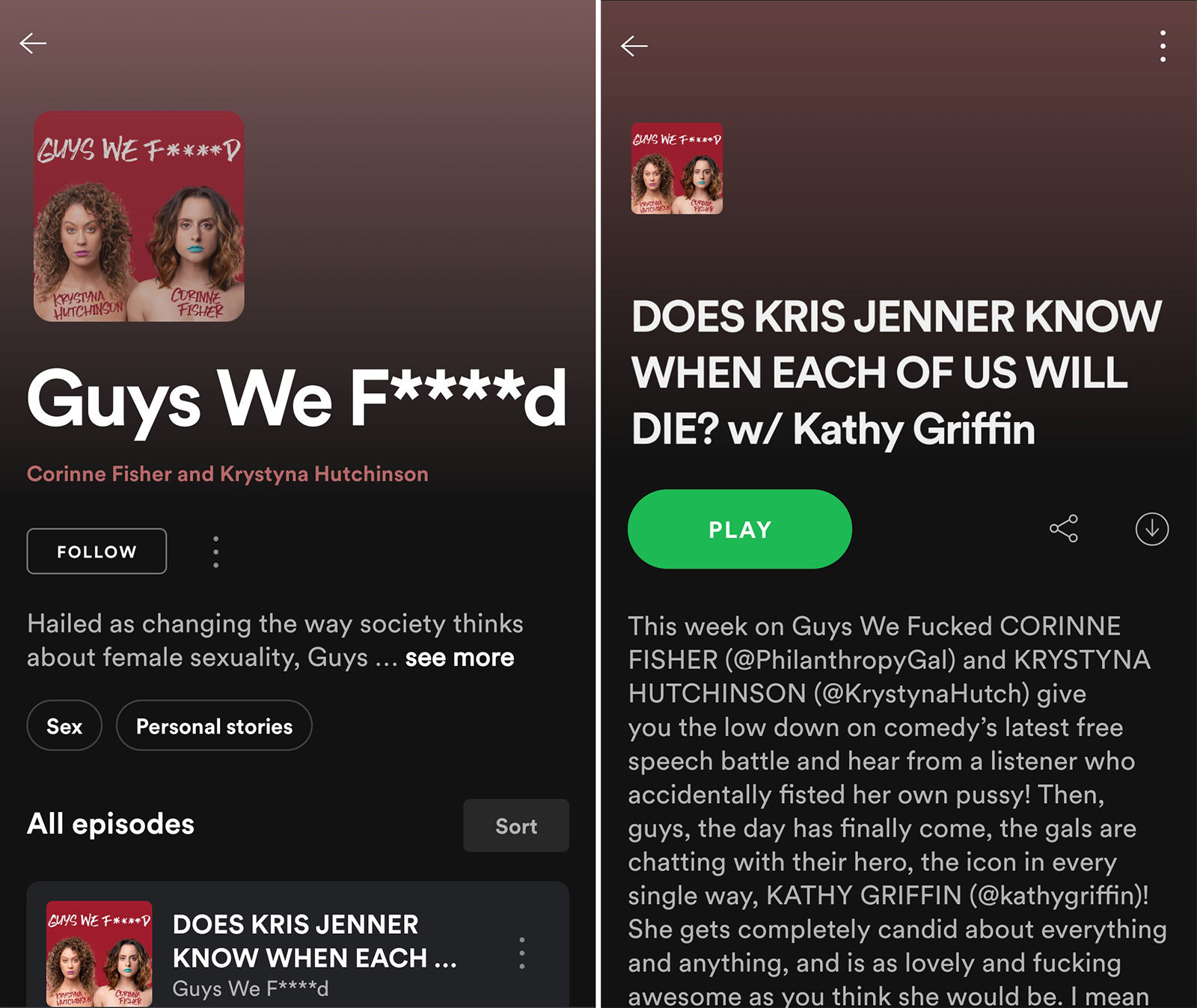 This isn’t an isolated problem. Most of the current episodes in Spotify’s own Dead Good True Crime playlist aren’t listed as Explicit, including the first about the murder of a sex worker in Leeds. 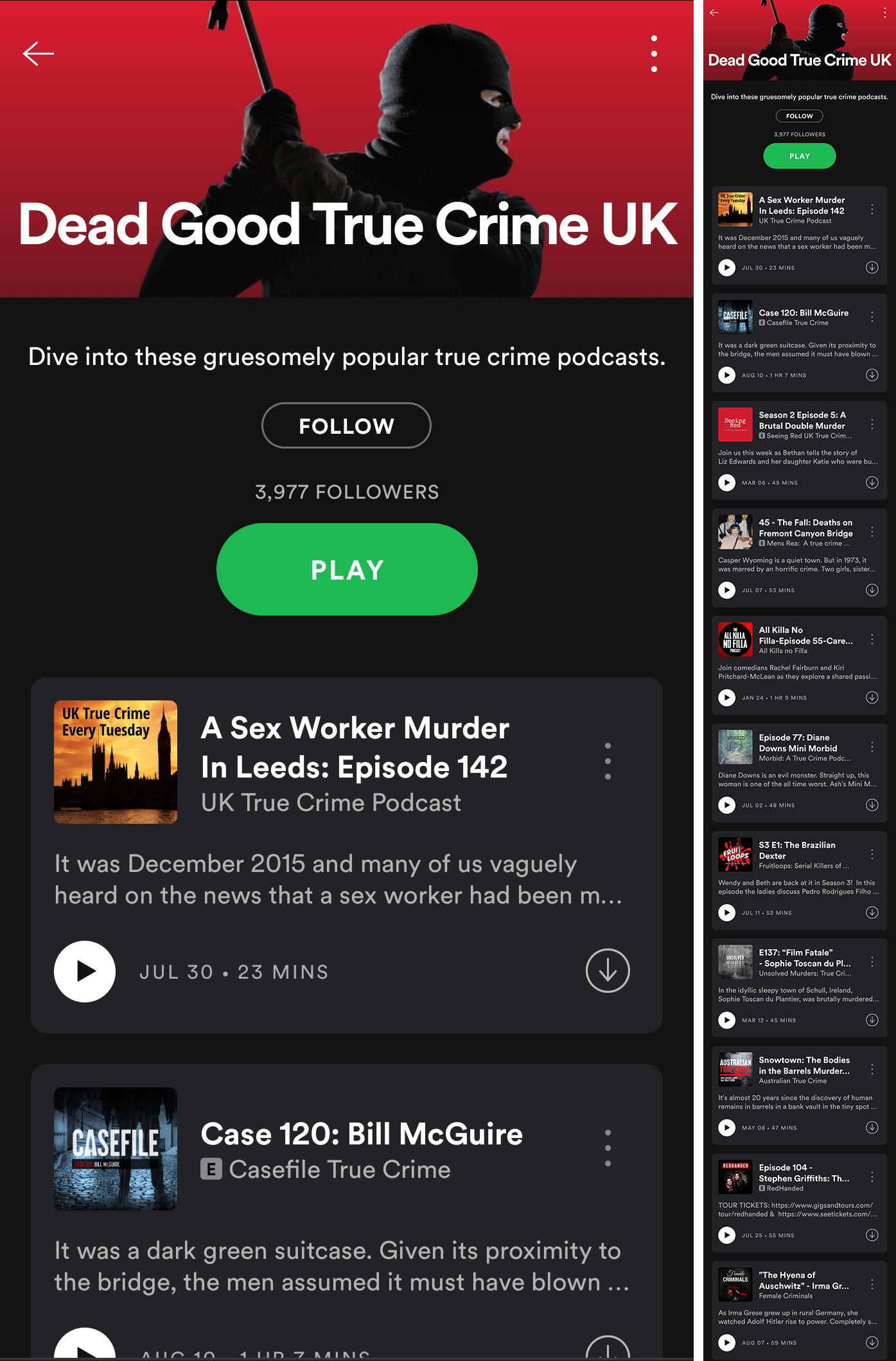 The issue here isn’t that these podcasts exist, of course – true crime is one of the most popular forms of podcasts, and Guys We F****d is a wonderfully sex-positive, female sexuality focussed show. It’s that by adding Parental Controls, Spotify is implying that children can listen to their accounts without supervision.

The simplest solution here would be for Spotify to let parents turn off access to podcasts completely – which would be a shame because many of us would like our children to listen to Science Kids Weekly as well as Moana for the millionth time.

A better approach would be to set up a kids category for podcasts and only let children have access to these – with moderation to avoid mistakes and mischief – and to hide everything explicit from search too.

We’ve contacted Spotify for a comment and will update this story when it responds.

Thanks to Clare Sabiston for help with this story.