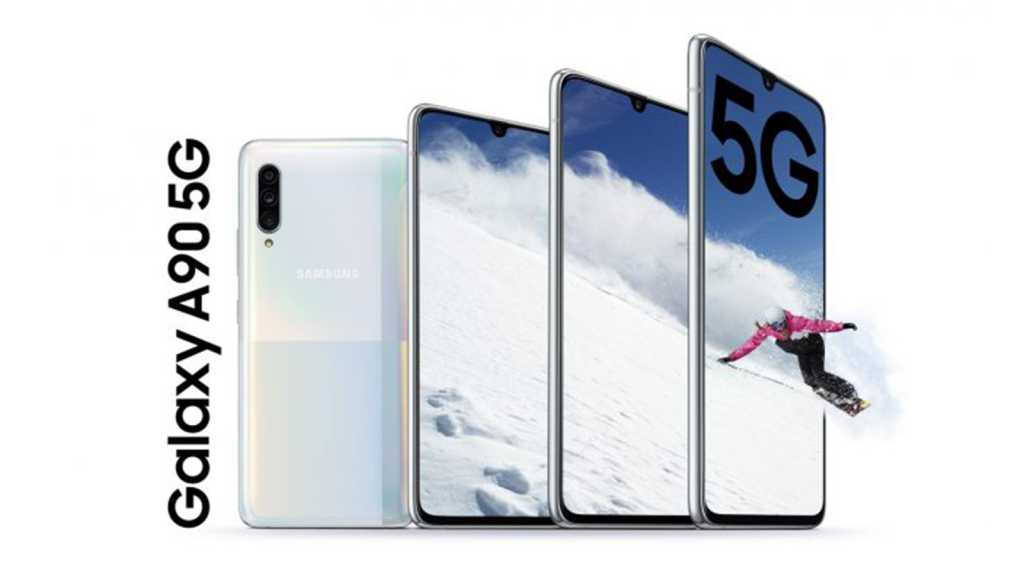 Samsung’s Galaxy A90 5G is one of the first 5G-capable smartphones that doesn’t have completely high-end specs. It’s now up for pre-order at £669, which means it’s significantly cheaper than the only other Samsung 5G phones to date, the Galaxy S10 5G and Galaxy Note 10 Plus 5G.

Samsung’s Galaxy A series is its primary mid-range brand and the addition of a 5G model means you won’t have to fork out for the most expensive phones on the market in order to use the latest generation of mobile network.

But it is notable that the A90 5G has the Snapdragon 855 chip, which is as high end as they come in 2019. Samsung has found a way to undercut the £1,000 mark elsewhere by slightly downgrading the triple cameras and leaving out things like wireless charging.

The phone has a relatively plain and simple design with a teardrop notch on a 6.7in AMOLED screen, 48Mp main camera and a large 4,500mAh battery with fast 25W charging. With an in-screen fingerprint sensor and up to 8GB RAM, it’s hardware that should be very capable of keeping up with you and 5G, even if it isn’t considered top of the line.

Samsung’s dodgy marketing for the A90 5G claims it is for the ‘Era of Live’ in reference to The Kids wanting to live stream stuff all the time. Who are we to argue? The 5G connectivity will admittedly be even quicker than 4G and most Wi-Fi, but remember 5G is not exactly widespread yet.

The A90 5G will be on show at IFA in Berlin where we are currently, so we’ll hopefully have hands-on impressions of the phone soon.

See all the best 5G phones coming this year.