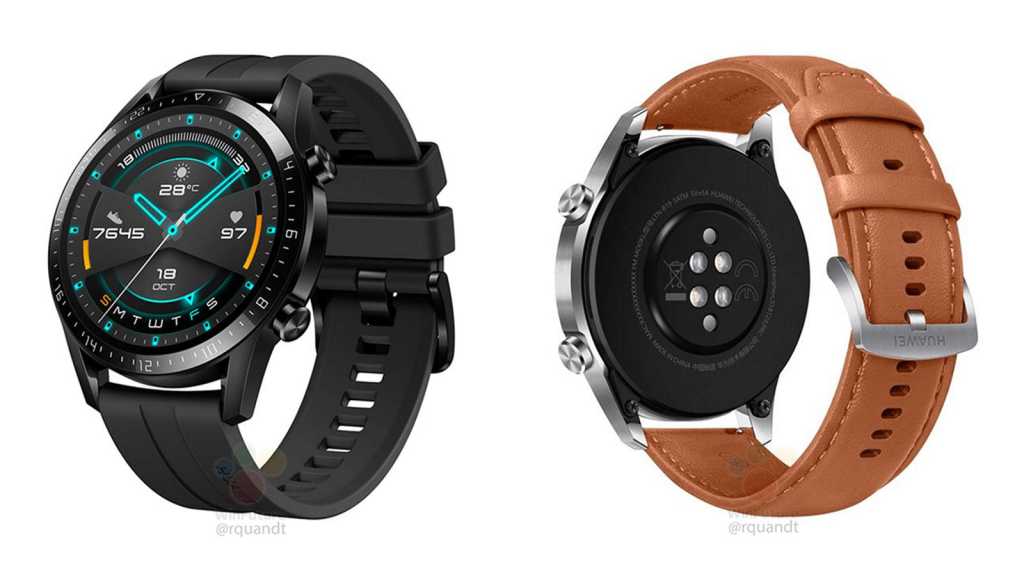 Leaked images suggest the  19 September Mate 30 series event Huawei is hosting in Munich could also see the launch of its next-gen smartwatch. Likely to be a direct follow up to the Huawei Watch GT, the above images could be our first look at the Watch GT 2 (via WinFuture).

We liked the first Watch GT as it had a full colour display and amazing battery life, but the third party app support was weak as Huawei chose to ditch Google’s Wear OS. We preferred the older Huawei Watch 2 despite the worse battery life for these reasons.

The leak of the potential Watch GT 2 shows a near identical design with a numbered circular bezel, two right side buttons and black plastic and brown leather strap options. The report suggests it will have a slimmer casing and slightly larger screen and battery. Incremental upgrades, especially as it isn’t clear if Huawei will offer a 4G model this time around.

If the leaks are anything to go by, this new Watch GT 2 will be an unremarkable update. If the Mate 30 phones launched alongside it don’t have Google apps and services as rumoured, it could be a set of Huawei products doomed to fail.