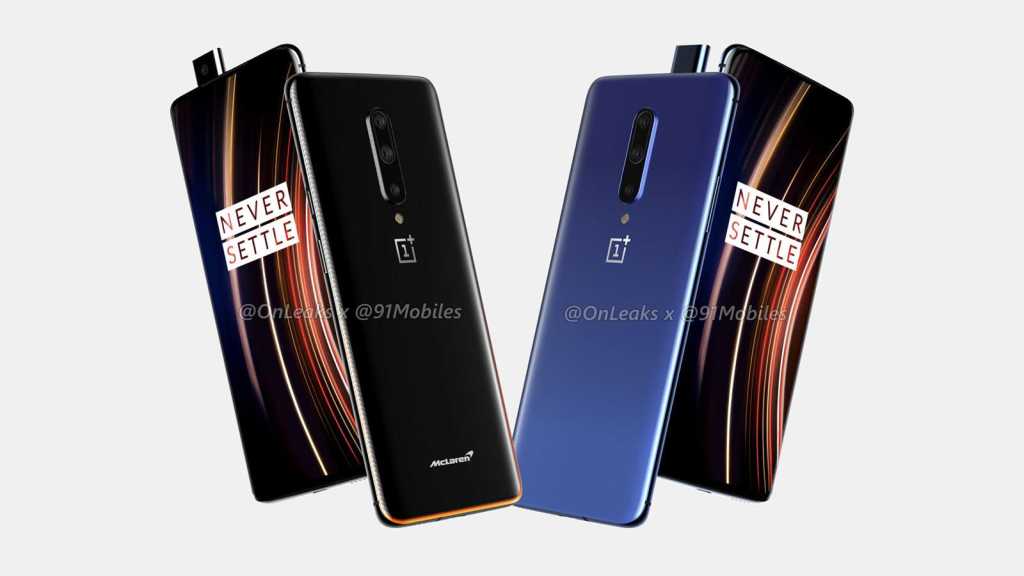 We aren’t sure about this leak, but judge for yourself. According to 91Mobiles, this is the OnePlus 7T Pro McLaren edition. The design is very, very similar to the OnePlus 6T McLaren edition with orange highlights, carbon fibre detailing and black finish.

The 6T version only changed the colour, added an exclusive theme and adopted slightly faster wired charging. Otherwise the regular 6T was the same.

The render of the McLaren phone comes next to a blue one that looks exactly like the current 7 Pro, so could be a comparison shot rather than a new phone. The pop up camera, triple rear cameras and full display all look the same, which makes us think this is the case

The renders follow hot on the heels of a report suggesting the regular OnePlus 7T will get a 7T upgrade with an additional camera. We thought at the time that perhaps this would be the only update to OnePlus’ phones this November, as the 7 Pro is already so good it doesn’t need a six-month update.

So, if the McLaren leak here is legit, it might be that the update is a OnePlus 7 Pro McLaren edition, not a 7T Pro. OnePlus likes to make a T version half a year after the original, but we can’t see that being the company’s cycle forever more. This could be a good opportunity to flex and say the 7 Pro is good enough not to change it and instead release a special edition.

Maybe there will be a price decrease too, but it’s unlikely. OnePlus manages to please its core audience with the frequency of its phone releases but annoy other customers who buy the phone only to see a better version that costs the same come along mere weeks afterwards. We love the phones but can see the annoyance in the knowledge that if you buy a OnePlus phone, it’s only the latest and great for six months tops.

We’ll report more news on the potential for a OnePlus 7T or 7T Pro, but for now remain sceptical about the McLaren edition being anything but a lick of paint.