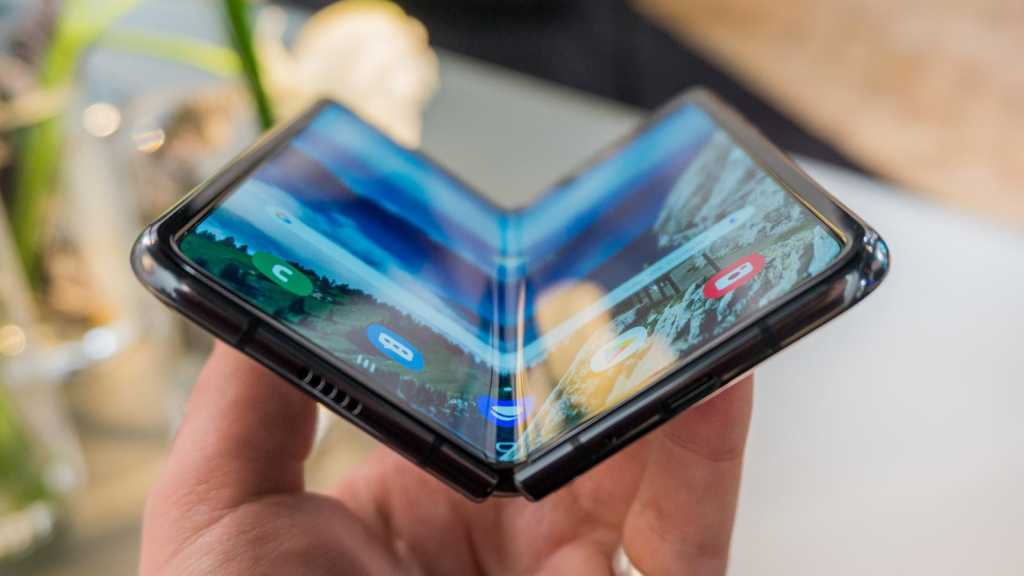 Samsung might relaunch its troubled Galaxy Fold foldable smartphone at IFA in Berlin on 6 September. According to a  Korean report the phone is being readied for release in South Korea on that date, which also coincides with IFA, the major tech trade show.

We had hands-on time with the Galaxy Fold prior to its original launch date before Samsung pulled the plug and cancelled all pre-orders after US journalists discovered several manufacturing issues relating, obviously, to the fact the thing folds in half.

Some peeled off what appeared to be a screen protector but turned out to be an integral part of the display build – somewhat an oversight from Samsung, who is likely to have tucked that peelable edge under the bezel of the device for this second attempt.

6 September is the first day of IFA though this rumoured Korean release date might be coincidental – Samsung does not usually use IFA for big product announcements, preferring MWC earlier in the year or its own standalone press conferences outside of trade show dates.

The report also claims that the Fold will be released in the US and China shortly after. This might refer to pre-orders, as it’d be a quick turnaround to put the new device completely on sale a month from now, but who knows?