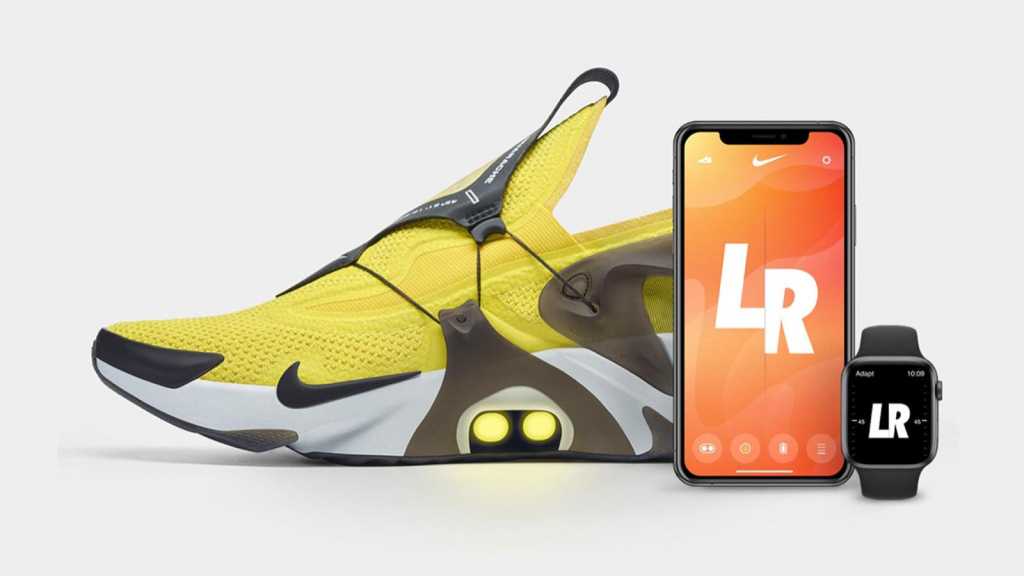 Nike has announced the Nike Adapt Huarache, a new version of its popular Huarache shoe that can react to Apple’s Siri voice commands. Yes, that’s right, you can now officially ask your phone to unlace your shoes for you. Bloody hell.

Using Siri Shortcuts or voice you can adjust the laces on the trainers depending on the activity, which apparently is needed. According to a Nike press release, the Adapt Huarache offers “the personalized comfort needed in, say, the sprint to catch the bus, before seamlessly shifting fit as you settle into an empty seat with a sigh of quiet relief.”

The Nike Adapt app connects to iPhones and Apple Watches and lets you set up these commands or change the colours of the two huge LED lights in the side of the soles. The price is to be confirmed, but you can bet that they will be hundreds of dollars in their native US, as well as being impossible to get hold of.

The lacing system runs from “a mid-foot motor” on the shoes’ plastic thread lacing system and we find it all a little overwhelming. These are not an athlete’s running show but a hyper modernised fashion accessory for people with the latest iPhone and a sneaker addiction.

It’s no bad thing to have the latter if you have disposable income, but the whole project smacks a bad kind of consumerism – that is, inflated price catwalk fashion masquerading as cutting edge tech innovation to solve a problem that doesn’t exist.