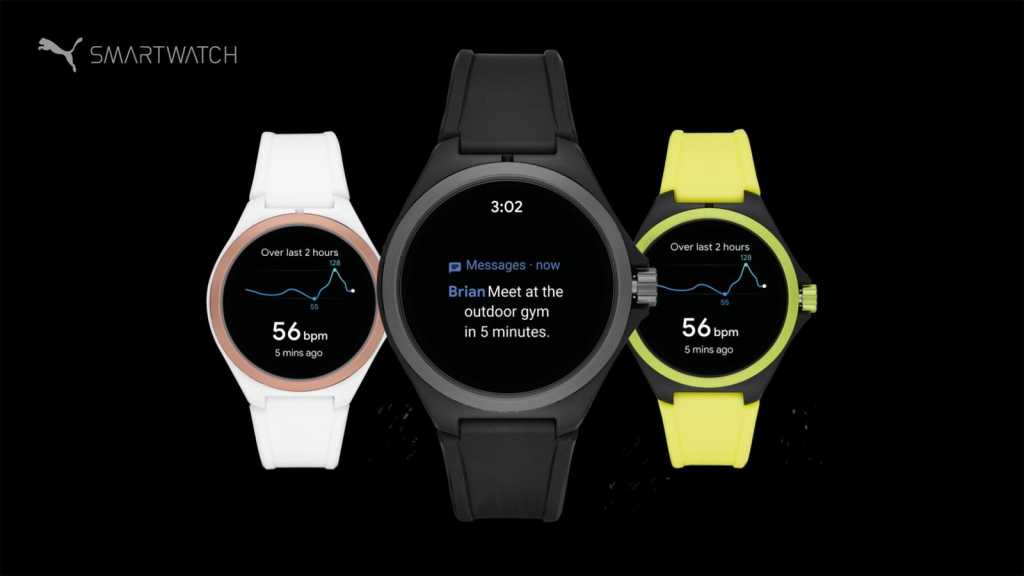 A year on from announcing their partnership, Puma and the Fossil Group have unveiled their first smartwatch: the imaginatively named Puma Smartwatch.

Like the rest of Fossil Group’s wearables, the Puma Smartwatch is an Android Wear device, meaning it’ll come with full support for the Google ecosystem – including Google Assistant baked in, and all the usual Android Wear apps including Spotify, along with Google Pay.

In terms of hardware, the Puma runs on Qualcomm’s Snapdragon 3100 chipset, and features a heart rate sensor, GPS, step tracking – all the usual, though there was no mention of waterproofing or swim tracking. Puma says it should offer roughly 24 hours of battery from typical usage, which in practice means charging it every day.

The round body is made of nylon, with an aluminium bezel and an over-sized crown jutting out from one side – emblazoned with the Puma logo. The silicone strap is designed to be breathable – important for a watch that’s targeting athletes as much as it is the streetwear scene.

That comes through in the colour schemes too. Alongside the bog standard black and the frankly obligatory white and rose gold Puma is also releasing a version of the watch in ‘fizzy yellow’, which might be your colour of choice if you’re allergic to subtlety.

The only thing likely to give you pause if you’re considering the Puma Smartwatch is the price. At £269/$275/€279 (out some time in November) it’s not cheap for the featureset, but as with any streetwear you’re paying for the brand as much as anything else here – and besides, can you really put a price on wearing a watch so bright it would put a high-vis vest to shame?