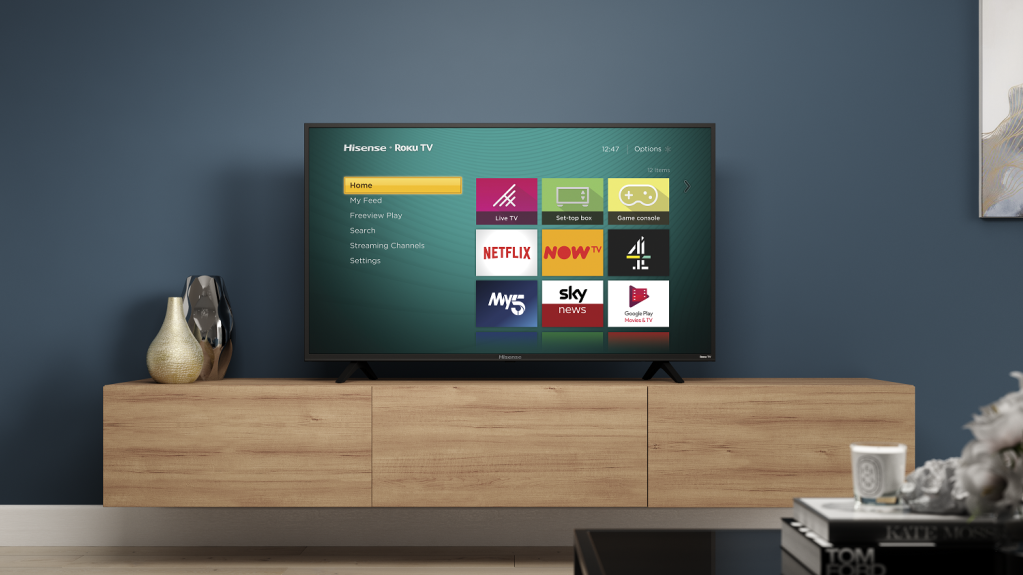 Streaming stick giant Roku has partnered with Hisense to bring the first Roku-powered TVs to the UK market. The company originally made the announcement at IFA in Berlin, back in September, but as of this week, four new TV sets have arrived.

Roku is best known in the UK for manufacturing streaming sticks and boxes – devices you plug into any TV to let you stream from Netflix, Amazon Prime, and more. Since 2014 the company has also licensed its software to TV manufacturers to bake directly into the hardware, and this Hisense partnership marks the first time any of those TVs will make it outside of North America.

The new B7120 series, as it currently stands, comes in four sizes: a 43in, 50in, 55in and 60in version. All four sets feature 4K HDR-capable LED displays and launch as Argos exclusives. In typical Hisense fashion, all four sets are aggressively priced and based on the company’s similarly-specced existing TVs, offer great value for money.

Roku sees the launch of these new sets as only the start of a more ambitious move outside the North American market, where it currently provides the software for a third of every smart TV sold.

Along with TCL, Hisense was one of the first two manufacturers to launch Roku-enabled TVs back in 2014, though there are now 11 separate brands that make TVs running the Roku OS.

The company is bullish about the benefits of a Roku TV – not only does it save manufacturers from worrying about the software side of things, but allows regular updates with new features, interface tweaks, and new content – including to add news channels such as  Apple TV+ and Disney+ (not yet in the UK).

The company says that even its first wave of 2014 TV sets are still getting software updates, something not many manufacturers could say about their in-house OSes.

It helps that if you’ve ever used a Roku streaming device, things will seem familiar – the operating system is fundamentally the same across all Roku devices, though naturally TVs get a few extra features like input controls and picture quality settings. You can even use the Roku app on your phone to control it all when you lose remote behind the sofa cushions.

Besides its TVs, Roku still manufactures a range of plug-in streaming sticks and set-top boxes for people who don’t yet have a smart TV – or just don’t have one running Roku.