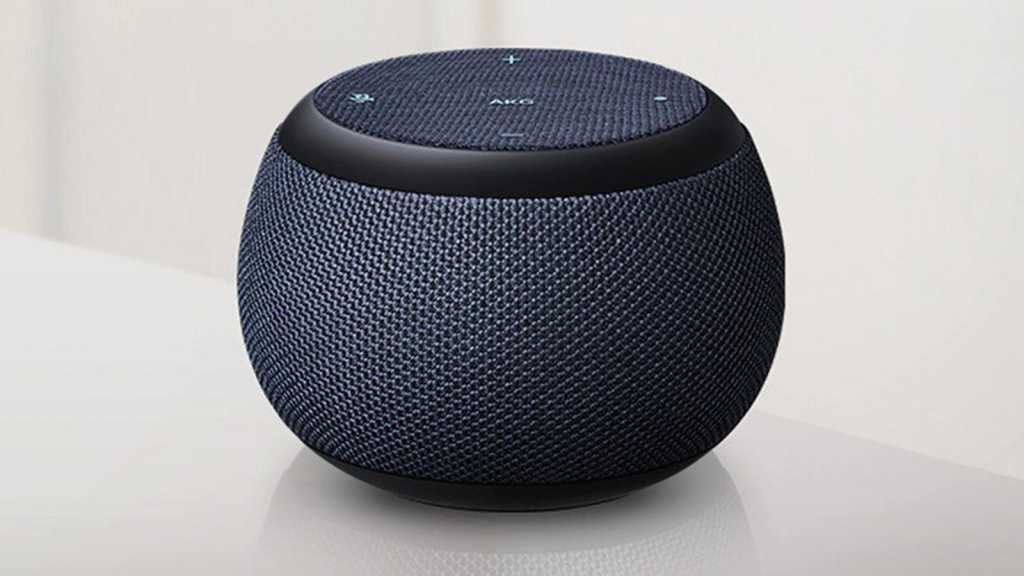 Samsung has started seeding its upcoming Galaxy Home Mini to beta testers in South Korea, confirming its existence (via Android Police).  It may launch at the same time as the  much delayed larger Galaxy Home that Samsung announced last year and then failed to ship.

The Home and Home Mini branding rather blatantly copies Google’s branding of its smart speaker hardware, although Google has since started to rebrand its Home products under the Nest name.

As you can see from the product design, it uses an AKG speaker in line with Samsung’s partnership with the audio brand – it ships AKG in-ear headphones with its high-end Galaxy phones. The four controls look very much like those you’d find on Amazon’s Echo speakers, making the Galaxy Home Mini a shameless copy in design of Google and Amazon’s earlier efforts.

We find it hard to see this product making a dent in the market though given how late it is and how bad Bixby is. Samsung’s in-house AI is not good at all and we dislike using it on Samsung phones. Samsung even decided to not put a dedicated Bixby button on the Note 10 phones as it had done for the previous two years on its Note and Galaxy S line. 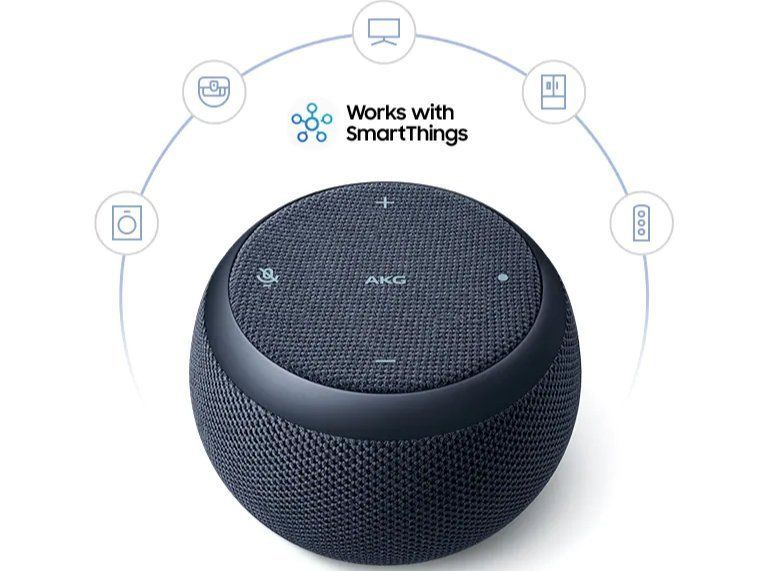 Further reports suggest the Home Mini will use Bluetooth 4.2 to connect o other devices and will be powered via micro-USB. It will also have infrared and be able to connect to Samsung’s SmartThings smart home network, though it remains to be seen exactly how capable the product will be at acting as a smart hub.