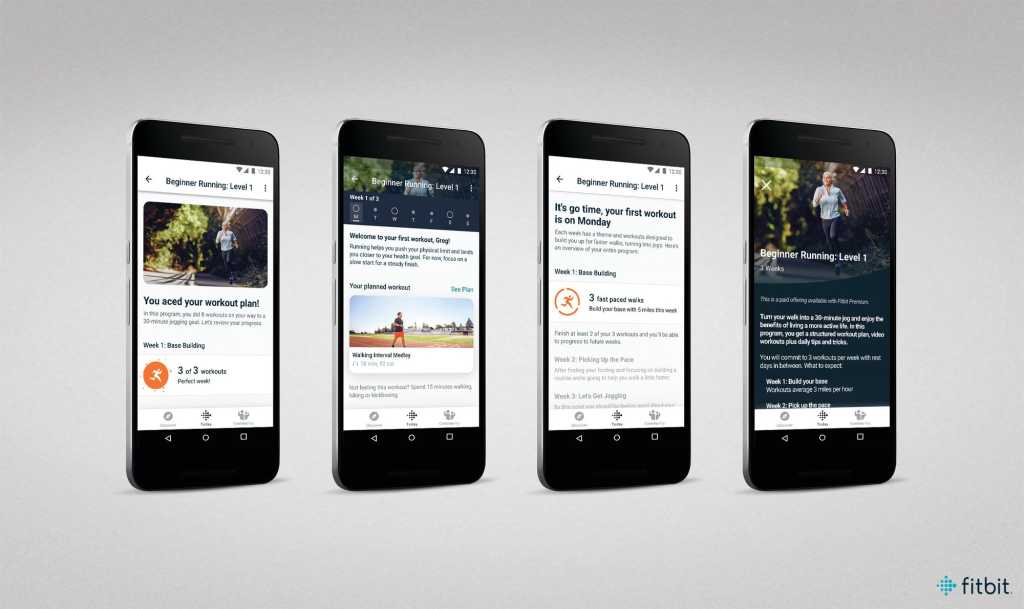 Fitbit has officially announced Fitbit Premium, a paid-for subscription service within the Fitbit app that aims to help Fitbit users take better action from their health and fitness data. The company thinks that paired with one of its wrist-based trackers the app can help people to understand what all the numbers and graphs mean and help put them to better use.

Anyone can sign up for a 7-day free trial, and buyers of the special edition of the  new Versa 2 smartwatch will get a 90-day trial with their purchase.

Fitbit says Premium will evolve over time to help tackle chronic health conditions, presumably as its trackers become more advanced and it collects more user data. The Apple Watch Series 4 can take an electrocardiogram, something no Fitbit can do.

Instead, Fitbit Premium will initially focus on fitness, diet and sleep as well as mental health. It improves over the free Fitbit companion app by giving more detailed guidance on sleep patterns, suggestions for more targeted workouts and fitness challenges and coaching. Most importantly, all of this will be based on your own activity and data, with workout plans and advice adjusting based on your usage and responses.

Later in the year the company will also launch a US pilot of an additional Premium Health Coaching tier, which will put users in direct contact with real fitness and wellness coaches and experts. This will cost even more on top of Premium though, and won’t launch globally until some time in 2020.

The service is somewhat an evolution from Fitbit’s existing Coach service – an optional paid add-on that displays workouts on the screens of the Fitbit Ionic and Fitbit Versa line of smartwatches. Fitbit said its current Coach subscribers will be migrated over to Premium, along with the existing workout programs, as it replaces Coach.

Currently most Fitbit wearables track your sleep and tell you when and for how long you were in different stages of it, but this as far as the data goes. With Fitbit Premium the company says it can take that data and give you back guided sleep programs based on your goals, a sleep score breakdown, sleep meditations and insights into the link between your sleep patterns and your waking activity.

It’s a welcome step to see Fitbit realising that there’s only so much the average person can take from their daily step count and how long they’ve been asleep. There will be nine guided fitness programs at launch with more to follow by the end of the year.

Read our Versa vs Versa 2 review.