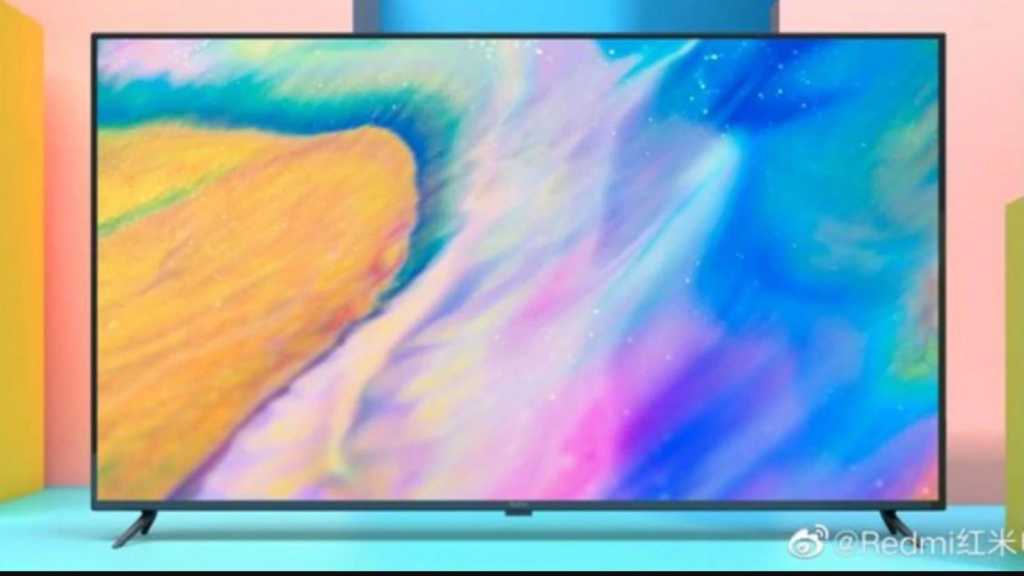 Redmi, the Xiaomi sub-brand, has shared a picture of its first TV on Weibo. The 70in telly has a very simple design, much like most of the thin bezel models with two small feet on the market today.

It looks set to launch, in China at least, on 29 August.

Redmi has been pushing new ground recently with its well-priced Note 7 and K20 range of phones. They often have similar if not the same design as more expensive Xiaomi phones and share the same specs.

Other than this the only notable design feature is a small box just below the branding on the lower bezel of the TV that might contain simple infrared sensors, or could contain a camera like the recent Honor TV. OnePlus will also soon release a TV as the third Chinese smartphone manufacturer getting into the space.

The below invite also posted online confirms the announcement date of 29 August: 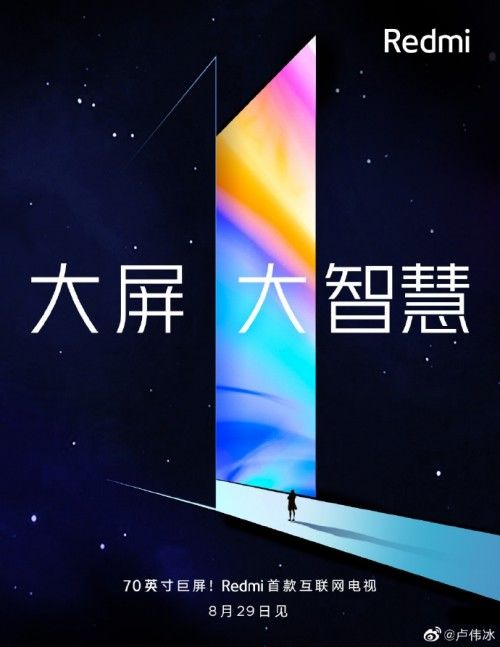 The event is also expected to be used to launch the Redmi Note 8, and the Weibo post of the picture of the TV is even from a user called ‘Note8Android’ which is a pretty blatant clue.