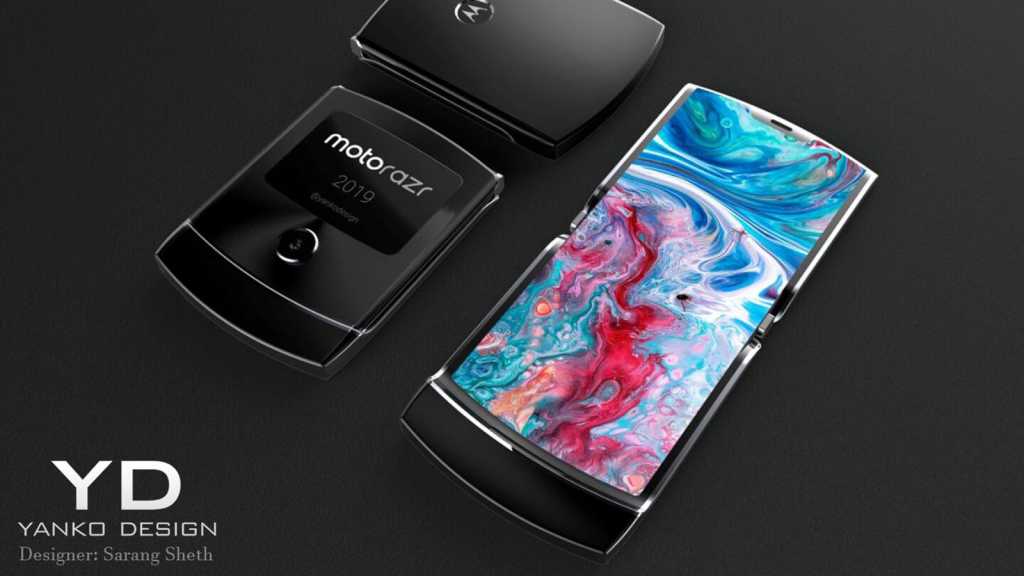 The original Motorola Razr swept into the mobile market and upset Nokia’s dominance as the chic phone of choice in the early 2000s. The long-rumoured remake from the Lenovo-owned new incarnation of Motorola looks like it’s on its way, but it might not be the affordable phone we all hoped for.

LetsGoDigital reports, citing an anonymous source, that the new Razr will indeed be a similar flip form factor to the original but have an internal flexible display rather than a numberpad. While no official renders have leaked, the above image has been put together based on leaked patents of the design and mechanism.

The report goes on to claim that the Razr will undercut the circa $2,000 USD price of the Samsung Galaxy Fold and Huawei Mate X partly by using a mid-range processor. But Moto won’t be able to market the phone as mid-range if LetsGoDigital’s source is correct – quoting a $1,500 price tag for the 2019 Razr.

Other costs will be cut by including, necessarily for the design, a smaller battery. This is cutting edge tech as nostalgia trip, and we personally can’t see it selling many units. The price is pretty high for a phone that will be horrible to watch video on and will no doubt have questions over its durability after the postponed launches of both Samsung and Huawei’s foldable phones.

The last detail in the report says the phone will launch first in the US and then in Europe, with the US launch being either December 2019 or January 2020. We’re excited to see the final product realised, but it looks like it’ll remain a curiosity as one of the first wave of foldable display phones.