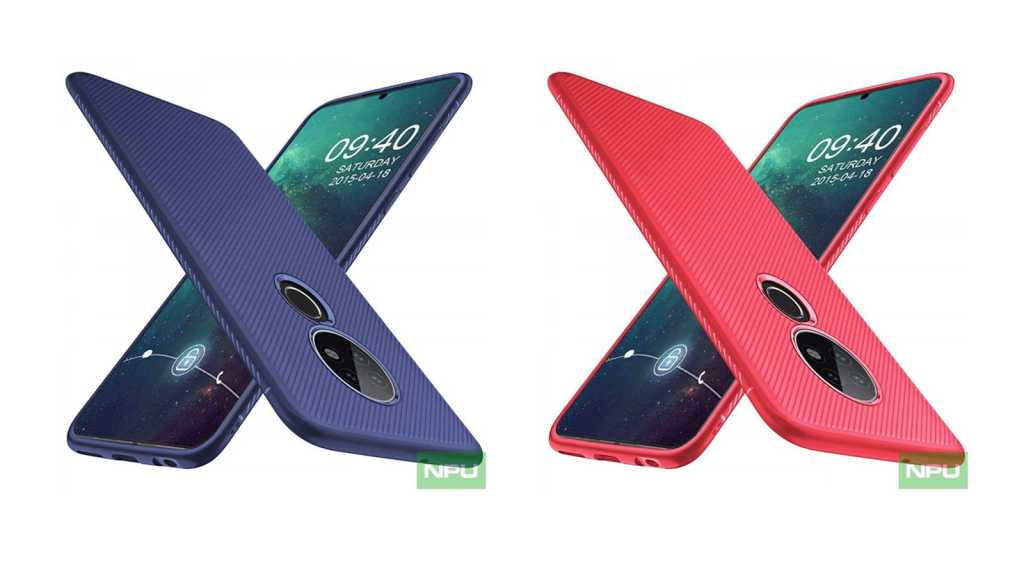 Ah, Nokia. How we sort of miss thee. The feature phones of old, Snake, and never needing a case. Simpler times.

But Nokia is still around of course thanks to fellow Finnish manufacturer HMD Global. HMD licenses the good Nokia name and slaps it on a lot – and we mean a lot – of Android smartphones.

There are too many Nokia phones (believe us we’ve reviewed and ranked them) so it is with little surprise that we find the upcoming Nokia 7.2 leaking all over the internet (via GSMArena). With HMD confirmed to be holding a press conference at IFA in Berlin in September, it’s likely we’ll see the phone there.

You can watch the Nokia IFA 2019 live stream right here.

Clad in third-party cases, the phone appears to be a lot slimmer than most modern phones and reminds us somewhat of the original, impossibly thin Moto Z from 2016. Just like that phone the alleged Nokia 7.2 also has a circular camera module in a step away from the Nokia designs of the past couple of years.

An image of this camera module was leaked via a Zeiss executive on Twitter, and captured just before it was deleted. 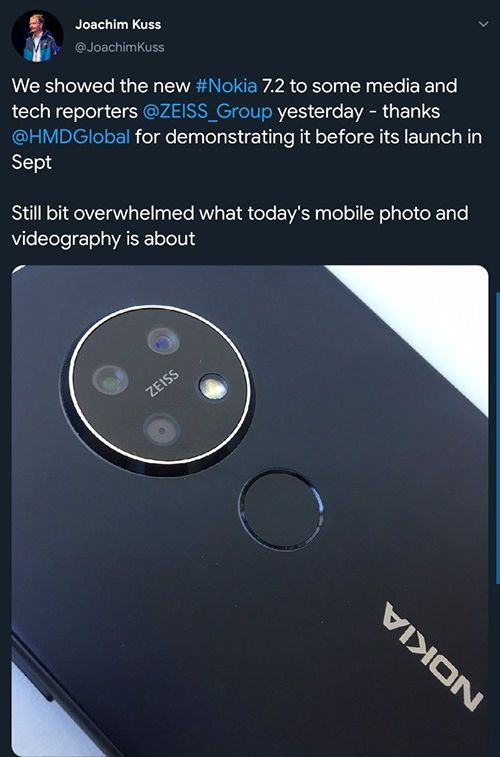 The Nokia 7.2 also gains a tiny notch at the top of the display that looks like it’ll just hold one camera.

The Nokia 9 PureView added a whacky five-camera array but got such bad reviews in the US market that UK journalists, including us, were never seeded review units. We suppose that’s one way of avoiding negative coverage.

Nokia’s numbering system is a good sign of its price, higher numbers being more expensive flagships. The 7.2 looks like it’ll be a safe mid-range offering and from the images we can see its triple camera array with a physical fingerprint sensor and headphone jack, so it could be a good choice for those who want a lot of phone at a reasonable price.

The leak’s screen display looks pretty fake though, so it’s likely a placeholder image for the case maker. The phone, if older Nokias are to be trusted, will probably run Android One, Google’s software that is close to stock and guarantees monthly security updates.