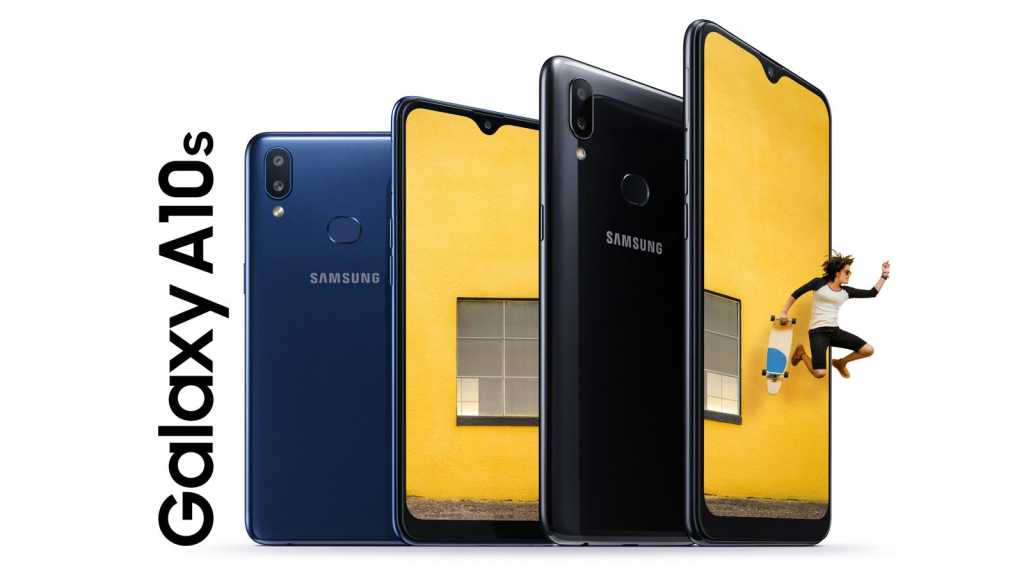 The Galaxy A family of products is set to receive a new addition: the Galaxy A10s. Aimed at live-bloggers and those who need reliable connectivity, the Galaxy A10s emphasises battery life and quality pictures.

The Galaxy 10As boasts a number of improvements over its sibling model, the Galaxy 10A. The 10A, while still a desirable smartphone, is at the lower end of Samsung’s range: it’s affordable but fairly no-frills compared with the rest of the Galaxy line. The 10As builds on the 10A to create a streamlined but full-featured device with a focus on higher performance.

The A10s’ 4000mAh battery is meatier than that of the A10 (3200mAh), with Samsung’s goal here to deliver a significantly longer life even when using power-hungry applications such as video playback. As it official announcement claims: “the Galaxy A10s can keep up with you all day, whether you are gaming, streaming, or broadcasting live”.

The original A10’s charging time was relatively short for a lower-budget device (less than three hours while switched on and in use) and the battery performed very well. We can expect significant improvements on these times, suggesting that Samsung’s “all day” boast may not be far off the mark.

The A10s retains the same screen size and resolution as the A10 (6.2in display with 1520×720 resolution). The Infinity-V Display gives you enough real estate for an immersive gaming or viewing experience, something that’s helped along by the improved processing power.

The octa-core processor used to power the A10s is significantly faster than the previous model’s, with four 2.0GHz and four 1.5GHz cores. This greatly improves the phone’s performance, especially when gaming or using other processor-heavy applications such as high-definition video.

If you want to record rather than view video, the A10s packs some very serviceable camera technology. The 13-megapixel rear camera is backed up with a 2-megapixel depth sensor. This dual camera system allows for depth detection that can reliably pick out background and foreground objects, making it much easier to add your favourite artistic effects and fun filters.

The front camera is an 8-megapixel sensor for nice crisp selfies. The A10s also adds a new security feature: a fingerprint scanner, allowing you to set up a biometric lock on your phone. It’s a separate sensor in the rear of the device, rather than the embedded in-display sensor found in the Galaxy S10, but reliable and convenient to use.

All in all, the Galaxy A10s is a solid step up from the previous model. It has everything most users could want from a modestly priced smartphone, plus a few nice extras. If you’re looking for a device that handles multimedia well but won’t break the bank, the Galaxy A10s is well worth checking out.