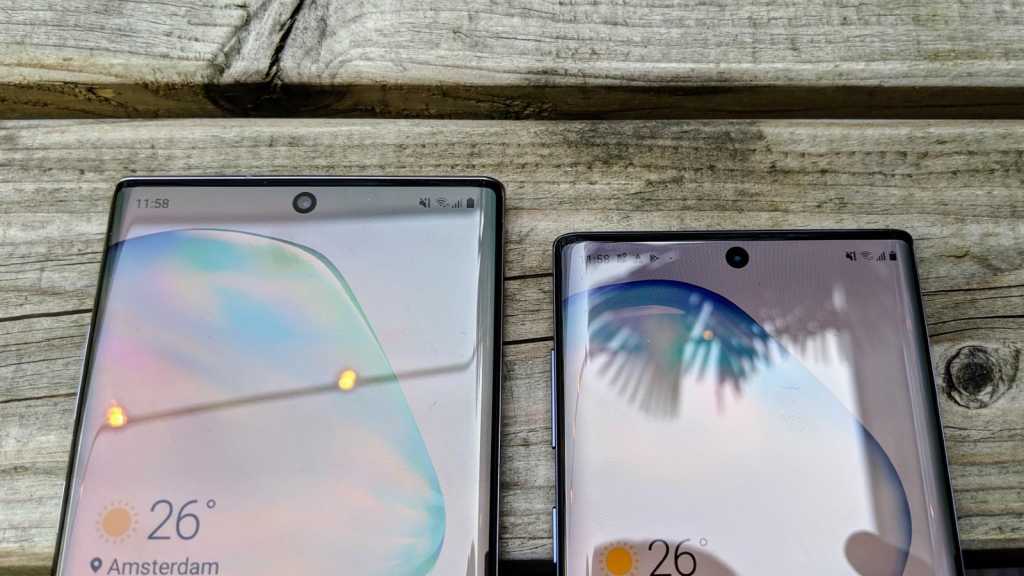 Following on from its announcements of the £619+  Galaxy Tab S6 and Galaxy Watch Active 2 earlier this week, Samsung has today in New York unveiled not one but three new Note 10 models, as well as the Galaxy Book S 2-in-1 laptop.

Headline changes include a greatly slimmed down and easier to hold body, an enhanced S Pen with new Air Actions, a centrally positioned punch-hole selfie camera, double the amount of storage as standard (now 256GB), a triple-lens camera (quad- on the Plus) and a general performance boost from the new 7nm processor.

Samsung also announced a closer partnership with Microsoft, and the Note 10 will come preinstalled the Your Phone app for accessing notifications and so forth on a PC; later this year it will also enable you to make and receive calls on your computer. Samsung will also integrate OneDrive sync into its Gallery app, and update its DeX platform to let you access any app on the bigger screen.

On the down side the rumours were true and the headphone jack is gone, along with the heart-rate sensor and Bixby button. You can learn more about each of the new phones here.

A surprise new product announcement was the Galaxy Book S, a Windows 10 laptop powered by the Snapdragon 8cx chip that has staggering 23-hour battery life and charges over USB-C, according to the company. It will be available from $999 in September.

You can catch up with the live stream from Galaxy Unpacked here.