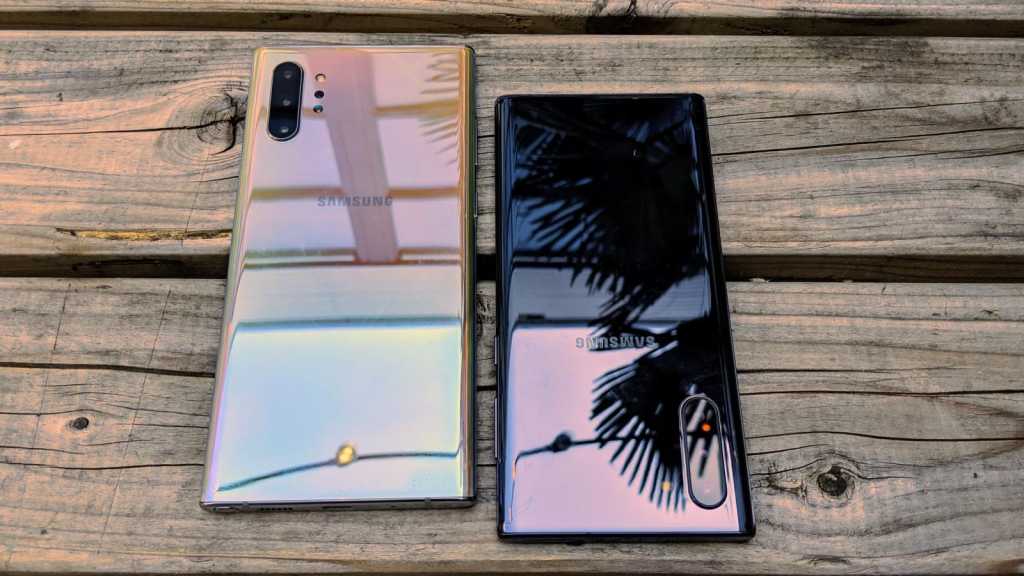 We’ve seen Plus models in the Samsung S-series for many years but, save for that brief blip that was the Note Edge, the Galaxy Note has always been a standalone product. This is the case no longer, as the company today unveiled the Note 10 Plus alongside the regular Note 10, and also promises a 5G version of the Note 10 Plus.

As in the S-series the chief difference between the two is the size of the display, with the standard Note 10 now measuring 6.3in and the Plus model 6.8in. Weirdly, this also means the Note 10 is now *smaller* than Galaxy S10 Plus.

With phones getting increasingly larger, the fact Samsung is now offering customers a choice in sizing comes is commendable. The Note family has real draws over the S-series for consumers, in particular the enhanced S Pen with new Air Actions, but forcing them to upgrade to a 6.8in phone would be putting it out of reach for those who prefer a smaller phone.

Samsung has also been able to pack a higher-capacity battery in the Plus model, up to 4,300mAh over the 3,500mAh of the standard model.

A couple of extra depth sensors on the rear of the Plus promise a hardware version of what the regular Note 10 can achieve through software, but the pair otherwise look very similar.

Read more about how Note 10 and Note 10 Plus compare.