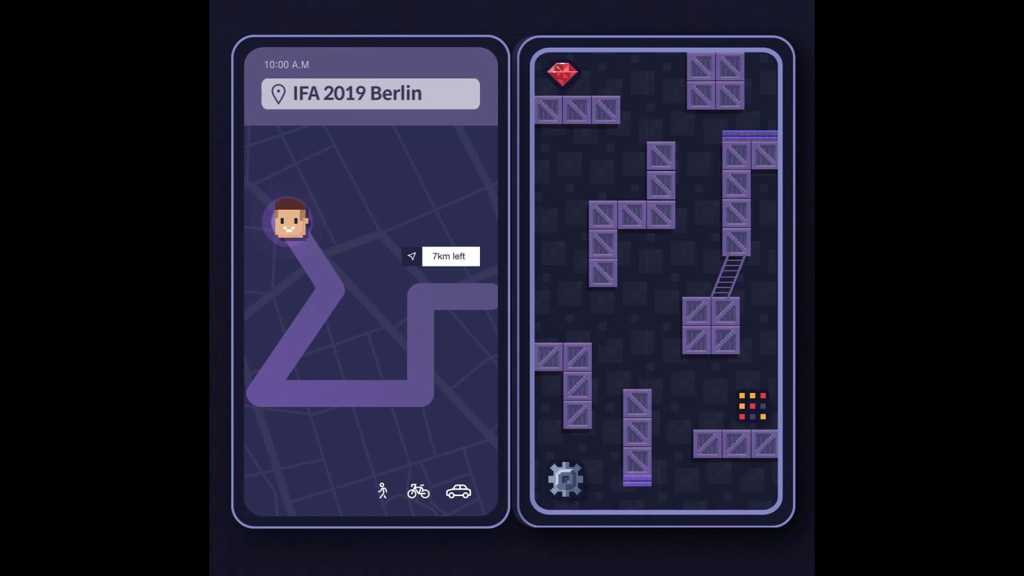 LG has posted a teaser video hinting that it will announce a foldable phone at IFA 2019 in Berlin. The 19 second video posted on YouTube shows a game being played on a phone before it opens and a little character and hops over to the second screen.

At the end of the video (below) we can see that the LG press conference will be at 10am local time on 6 September, as displayed on the outer display of the folding graphic.

We hope that this means LG has a Samsung Galaxy Fold and Huawei Mate X foldable display phone to show off, but the clues point towards this potentially being a snap-on two-screen accessory as seen on the LG V50 from MWC. The image above supports this, clearly showing two displays rather than one folding one.

The V50 is a regular smartphone (albeit with 5G in the UK) that has an optional second screen that snaps on as part of a case to become a Nintendo DS-style two screen display. Cool, but way less cool then a screen that actually folds in half.

The  Galaxy Fold and  Mate X have both been delayed in release due to the obvious problems that come with folding a screen in half so it’d be a bit of a coup if this is LG beating them both to market. More likely if it is a rival product that this will be a teaser.

LG has previous, too – its rollable TVs have been shown off for several years now. But its ailing smartphone business has struggled in recent years and despite the good quality hardware, phones like the G8 and V50 will sell far fewer units than the Galaxy S10 and Huawei P30 Pro.

Here’s hoping that this foldable device with a small outer display is a mad three screen foldable phone that brings LG back into the fold (heh), but for now we will tune on 6 September sceptical.