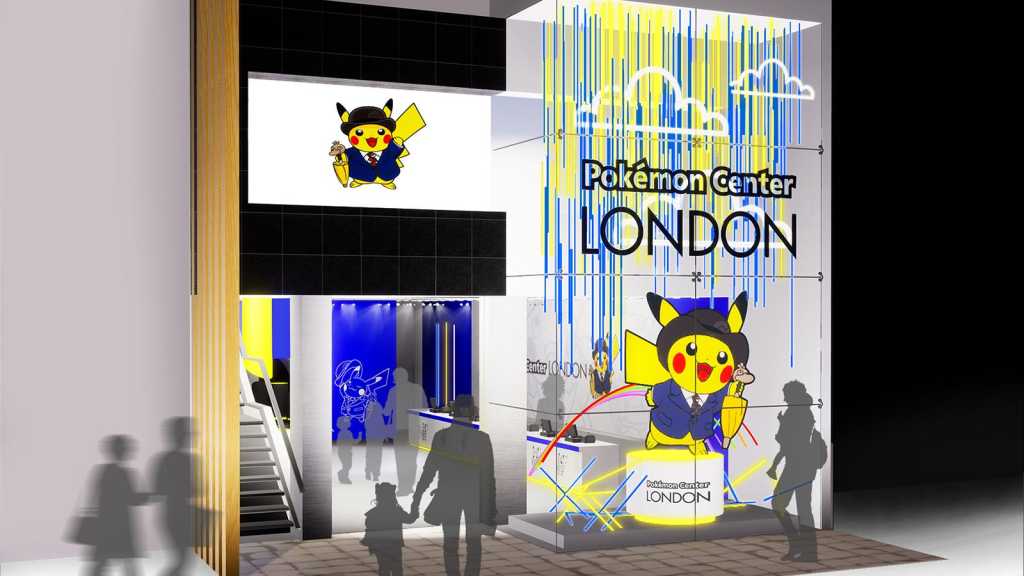 The Pokémon Company International has revealed that it will open a pop-up Pokémon Center in London for one month to promote the release of  Pokémon Sword and Pokémon Shield for Nintendo Switch. The store at Westfield shopping centre in Shepherd’s Bush, West London, will carry an exclusive range of hard to find Pokémon Center-branded merch.

The store is open from 18 October to the day of the games’ release on 15 November, and while details are currently scarce, in a press release the company says that it pays tribute to the UK, which has inspired ‘the design and feel of the all-new Galar region players will explore in the games.’ Indeed, the press images show Pikachu dressed like a proper English gent, replete with Psyduck umbrella and natty necktie.

We hope the pop-up will also resemble an actual Pokémon Center from the famous games where players go to heal their trusty pocket critters. We also hope we don’t spend all our paychecks in there when we head over on opening day.

In the meantime, read our hands-on preview of Pokémon Sword and Shield from E3 2019.